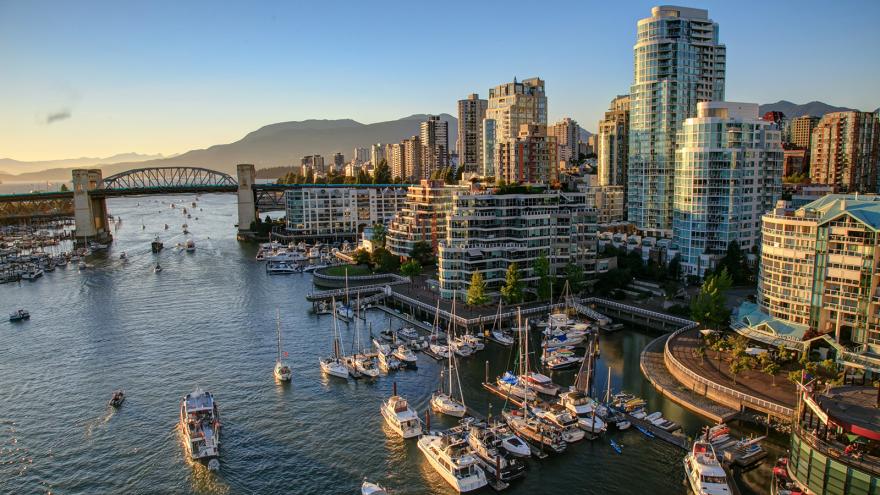 Editor's note: Sign up for Unlocking the World, CNN Travel's weekly newsletter. Get news about destinations opening and closing, inspiration for future adventures, plus the latest in aviation, food and drink, where to stay and other travel developments.

(CNN) -- How is it already the last week of June??!!It's officially summer in most of the world's major cities now, meaning many of us have travel on the brain.

CNN Travel is here to help fuel those travel dreams, with a roundup of the world's most liveable destinations, an airplane seat for the future and the first Michelin stars in the Middle East all on offer this week.

Every year, the Economist Intelligence Unit releases its global index of the world's most liveable cities. The rankings are determined by a range of factors, such as access to green spaces, quality of health care and crime rates.

In 2022, the list is all about Europe, with the continent scoring six out of 10 top spots. You may not be in a position to move this year, but perhaps this list can help you narrow down where you'd like to visit next?

One hint: the winning city's name rhymes with Blienna.

North America represented itself well on the liveability list, as long as you're only talking about Canada. The Great White North had three of the top 10 spots this year.

Nepal might have to relocate Mount Everest Base Camp. The melting Khumbu Glacier has put the site at risk of environmental damage, so Nepali authorities are exploring their options.

Department of Tourism Director-General Taranath Adhikari told CNN Travel that "anthropogenic activities" -- a polite way to say "human behaviors" -- are causing the glacier to melt much more quickly than expected.

Regardless, no need to panic. Any move will take at least two to three years because of the difficulty of gathering data on the world's highest mountain.

Shipwreck seekers may have another good mystery on their hands. Hong Kong's Jumbo Kingdom, once billed as the world's biggest floating restaurant, allegedly sank this week in a remote part of the South China Sea.

The drama around the incident has intensified, with owners now saying the vessel is "still in the waters" near the Paracel Islands. Calls have grown for a full investigation.

The Forbidden City-inspired restaurant once hosted everyone from Tom Cruise to Queen Elizabeth II, but financial issues stemming from the pandemic sent Jumbo's fortunes sinking.

Jumbo closed indefinitely in March 2020, but when the owners couldn't find anyone willing to take on the cost of maintenance, they announced the closure would be permanent.

It was en route from Hong Kong to dry dock in Cambodia when it hit rough weather off the Paracel Islands.

The entire building is made without a single corner. It comes complete with a penguin-shaped swimming drone, an elevator disguised as a spaceship and a steel torus that's 77 meters (253 feet) high. Find out how the ambitious six-years-in-the-making project came to be.

That isn't the only big headline in Dubai, either.

For the first time, the Michelin Guide has handed out stars to some of the city's best restaurants. The food bible's Middle East debut recognized a total of 69 restaurants, including 14 "Bib Gourmand" picks -- just in case you thought it was impossible to dine there cheaply.

Do you lose your earbuds every single time you travel?

Euphony, a new airplane seat concept from French aircraft interior designer Safran Seats, might be the answer to your prayers.

The seat model has headphones already built into the headrest, eliminating the need for earbuds or a pair of headphones.

The only downside? It's not currently on the market, but a so-far-unnamed airline has plans to try it out for first class cabin customers in 2023.

In case you missed it

See it for yourself.

Parts of New Mexico rank highly for liveability and healthiness

Revisit Anthony Bourdain's visit to the state on the "Parts Unknown" podcast.

Summertime is all about sunshine. But you shouldn't use the same sunscreen on your face as you do on the rest of your body.

Our partners at CNN Underscored, a product reviews and recommendations guide owned by CNN, have a list of the 17 best sunscreens specifically for your face, some of which come in TSA-friendly powder and stick formats.