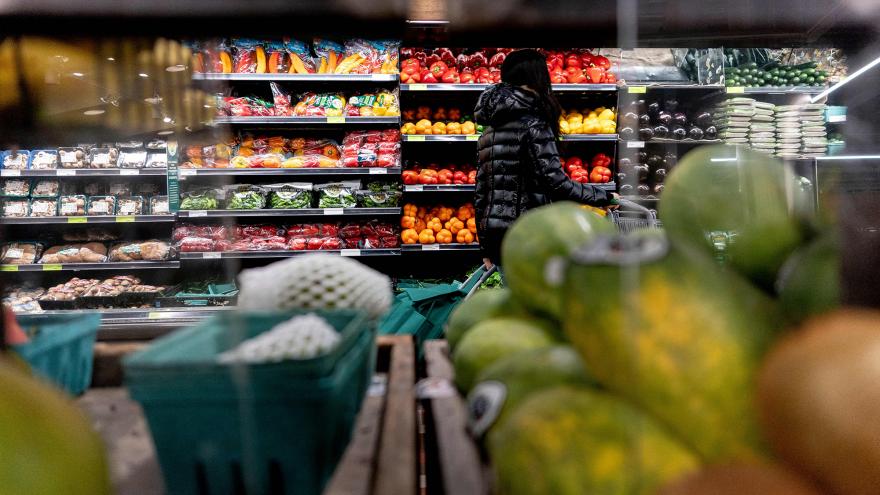 By Anneken Tappe, CNN Business (CNN) --Yet another key measure of inflation ticked higher at the start of the year, rising at its fastest pace in nearly 40 years.

The price index tracking consumer spending increased by 6.1% between January 2021 and January 2022, according to new data from the Commerce Department released Friday. That was the biggest annual increase since February 1982.

Stripping out food and energy costs, which tend to be more volatile, prices rose 5.2% over the same period. It was the fastest advance since April 1983.

For the month of January, prices rose 0.6%, or 0.5% excluding energy and food, in line with economists' predictions but at a faster rate than in the month prior.

The personal consumption expenditure price index, or PCE, is the Federal Reserve's preferred measure of inflation. Keeping prices stable is one of the Fed's main tasks. Fed Chairman Jerome Powell hinted in January that it would begin to raise interest rates to combat the high pandemic-era inflation. The first such rate increase is expected at the central bank's March meeting. Friday's report likely has not changed that trajectory.

Economists and investors initially thought the Fed might go big for its first hike of the Covid era and raise rates by a half-percentage point, but Russia's invasion of Ukraine hurt the chances of that.

The geopolitical developments are affecting energy prices, which in turn are one of the biggest contributors to inflation. Sky-high gas prices could hurt consumer spending and might mean the central bank wants to tread carefully in reining in inflation.

"Despite the war in Ukraine, the Fed is going to be forced to raise interest rates next monthand they will have pressure to raise rates and/or reduce their balance sheet at the same pace or quicker than would have been the case had Russia not invaded Ukraine,"said Chris Zaccarelli, chief investment officer for Independent Advisor Alliance, in emailed comments.

Market expectations for a quarter-percentage-pointrateincrease are above 80% as of Friday morning, according to the CME FedWatch Tool.

It was the worst month for personal incomes since September, when they actually declined. Disposable, or after-tax, incomes inched up by 0.1%, also the worst performance since September. To sum it up, Americans didn't have a lot of extra dollars in their wallets at the start of the year.

While incomes stayed mostly flat, the personal savings rate fell, dropping to 6.4%, compared with 8.2% in December.

Spending still rose: The report showed that consumer purchases rose by 2.1%, reversing a downtrend from December. January was the best month for spending since March last year.

In principle, this is good news because the economy needs consumer spending to be strong to recover. The rising prices for goods and services are a big part of the story: Even if people buy the exact same things as they did a year ago, their bills are now higher.

But economists and companies worry that there will be a point at which prices are high enough to deter folks from spending.

Consumer sentiment has alreadybeen hurt by the high inflation.

On Friday, the University of Michigan's final look at February sentiment revealed a small uptick from the initial data, but it wasn't enough to change the message: Americans have not felt thispessimisticabout the economy in a decade.

"The February descent resulted from inflationary declines in personal finances, a near-universal awareness of rising interest rates, falling confidence in the government's economic policies, and the most negative long-term prospects for the economy in the past decade," said Richard Curtin, chief economist of the Survey of Consumers, about the data.