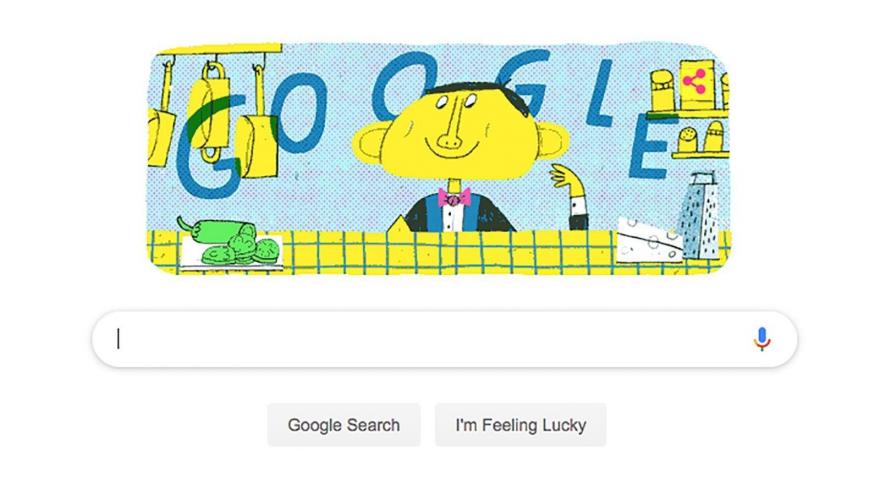 This Google Doodle honors Ignacio Anaya Garcia, the inventor of the Tex-Mex favorite, on what would've been his 124th birthday.

(CNN) -- Anyone addicted to the cheesy, gooey goodness of nachos has one man to thank.

Thursday's Google Doodle honors Ignacio Anaya Garcia, the inventor of the Tex-Mex favorite, on what would've been his 124th birthday.

Garcia, nicknamed "Nacho," was the first to drizzle melted yellow cheese and sliced jalapenos over crispy tortilla chips. The concoction came about by accident while he was a maître d' at a restaurant in Piedras Negras, near the border of Mexico and Texas, Google says in its story about his life.

In 1943, a group of American women whose husbands were stationed at an airbase nearby visited the restaurant, but Garcia couldn't find a chef. So he whipped up a snack with whatever he could find in the kitchen, which turned out to be tortilla chips and melted Wisconsin cheddar, Google said.

Like anyone who's ever eaten nachos, his customers left extremely satisfied.

When he died in 1975, Piedras Negras honored him with a bronze plaque and declared October 21 to be International Day of the Nacho.

Nachos became a sports stadium favorite in 1976, according to Smithsonian Magazine, when a man named Frank Liberto created a "pumpable" version of the liquidy cheese to easily dispense over chips.

Liberto's "cheese sauce" is a bit more processed than Garcia's original, but Garcia encouraged change. He refused to patent his recipe, Google says.

So pour out a cup of that melted nacho cheese for the original Nacho today. Without him, the world would be a lot less cheesy.