To sir, with love: Entertainers and activists pay tribute to Sidney Poitier 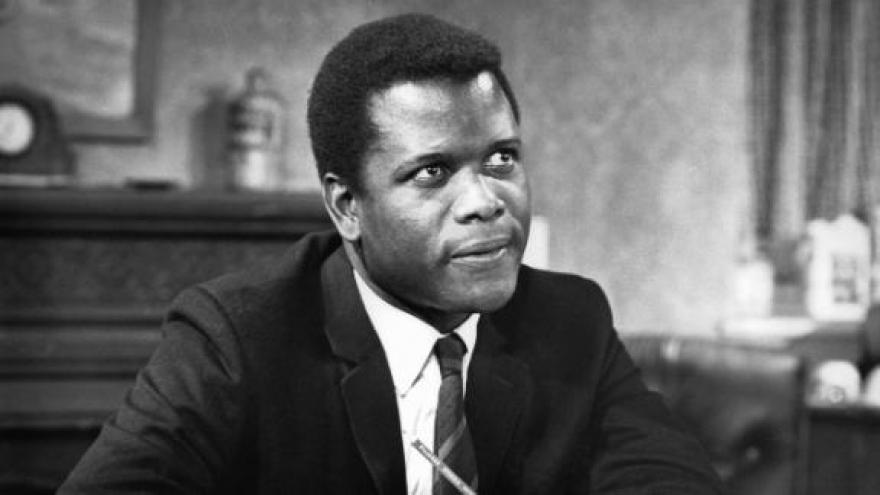 (CNN) -- "Beautiful," "brilliant," "grace" and "elegance" are just a few of the words used by those who paid tribute Friday to the late Sidney Poitier, one of the greatest actors of the past century.

Poitier, who died Thursday at the age of 94, blazed trails as a Black actor who rose to fame during a time when there were few starring roles offered to African Americans. He set a standard for those who came after him.

"No words can describe how your work radically shifted my life," Academy Award-winning actress Viola Davis posted on her verified Instagram account. "The dignity, normalcy, strength, excellence and sheer electricity you brought to your roles showed us that we, as Black folks, mattered!!!"

Hollywood mogul Tyler Perry noted on Facebook that "Around this time last year Cicely Tyson was releasing her book and promoting it. I had no idea she would pass away shortly thereafter."

"Now, to wake up this morning to a call that Sidney Poitier has passed away... all I can tell you is that my heart broke in another place," Perry wrote. "The grace and class that this man has shown throughout his entire life, the example he set for me, not only as a black man but as a human being will never be forgotten."

Said Whoopi Goldberg on Twitter, "He showed us how to reach for the stars."

Activist Bernice King, daughter of civil rights icon Rev. Martin Luther King Jr., paid homage to Poitier's work fighting for equality by tweeting a photo of the actor she labeled as being from the "Poor People's Campaign, Resurrection City, Washington, D.C., May 1968."

"Powerful beyond the stage and screen," she tweeted.

Others in the activism community also took to social media to pay homage.

"This beautiful, brilliant, talented Black man," tweeted Sherrilyn Ifill, president and director-counsel for the NAACP Legal Defense and Educational Fund,along with a photo of Poitier. "Rest in Peace and Power."