'Top Gun: Maverick' soars to a big opening at the box office 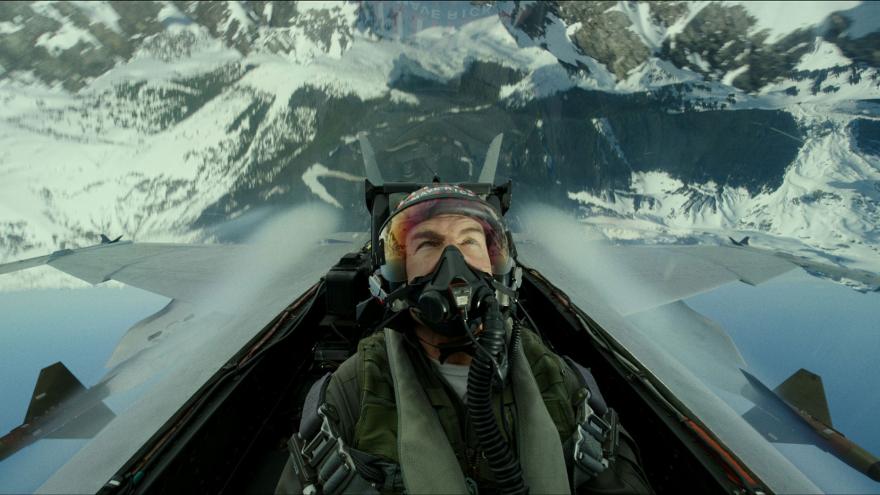 (CNN) -- "Top Gun: Maverick" felt the need for speed at the box office this weekend.

The sequel to the 1986 blockbuster, which has Tom Cruise reprise his most iconic role of Pete "Maverick" Mitchell, made an estimated $124 million domestically for its three day opening weekend, according to Paramount.

That not only jets past expectations, which initially projected "Maverick" to make closer to $80 million, but stands as Cruise's biggest opening weekend in his more than 40-year career. It's Cruise's first $100 million opening weekend and the third biggest debut of the year.

Paramount said that "Maverick" is projected to make $151 million over the four-day Memorial Day weekend at the US box office. If the sequel, which has Cruise's Maverick teaching a new group of Top Gun pilots, lands at that number Monday, it'll be one of the highest openings ever for a Memorial Day weekend.

Globally the film has earned $248 million so far, according to Paramount, which said that 55% of the US total came from ticket buyers over age 35.

"Maverick" had a lot of buzz coming into this weekend with anticipation running high and reviews even higher at 97% on review site Rotten Tomatoes.

So the big weekend is a victory for Cruise, Paramount, and especially theaters.

"Maverick" was supposed to hit cineplexes in 2020, but was delayed multiple times because of the pandemic. Other theatrical films pivoted to streaming, but "Maverick" waited until audiences could experience it on the big screen — a strategy Cruise was adamant about.

That strategy paid off, and demonstrates that the big screen experience still matters to a large swath of consumers.

"The stellar performance of 'Top Gun: Maverick' marks an important turning point," Paul Dergarabedian, senior media analyst at Comscore, told CNN Business. "This is a very important weekend for both the industry and Cruise who has demonstrated his undeniable star power and status as a true movie star in an era where this type of distinction has become increasingly rare."

The other good news for "Maverick" is that it could have legs at the box office in the weeks to come. The film garnered a perfect "A+" CinemaScore and has relatively no competition at the box office until "Jurassic World: Dominion" opens in two weeks.

"'Top Gun: Maverick' has a clear runway," Dergarabedian added. "By the time 'Jurassic' hits theaters, ['Maverick'] will likely have already generated blockbuster numbers. It should enjoy a solid playability in theaters for the rest of the summer."