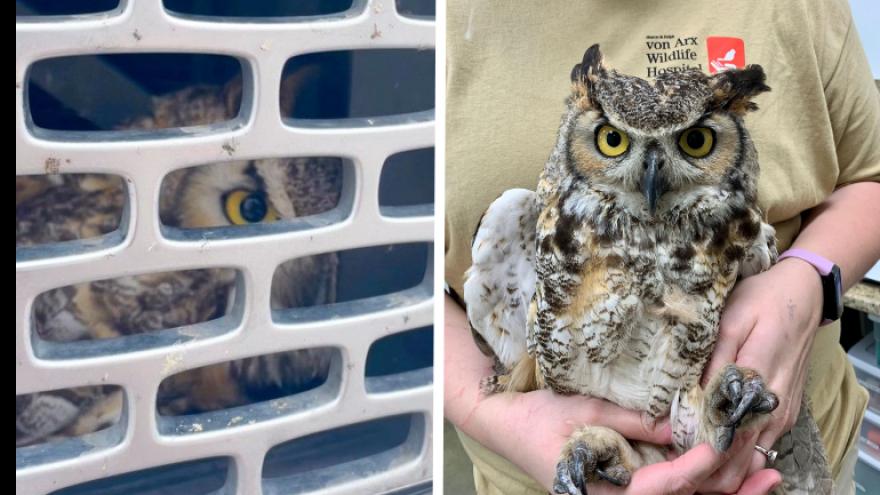 NAPLES, Fla. (AP) — A man moving from Alabama to southwest Florida traveled hundreds of miles with an owl stuck in his truck's grille. The owl survived.

Torie Gray said he saw a vehicle ahead of him swerve on Interstate 75 to avoid the great horned owl. But somehow he hit it, and it became lodged in the truck without him noticing until he reached his destination in Naples.

Gray called the Conservancy of Southwest Florida, which sent a volunteer to help dislodge the bird. Both men marveled that the owl was in good shape.

Gray said the bird did more damage to the truck than to itself.