Treasury secretary estimates US could reach debt limit on December 15 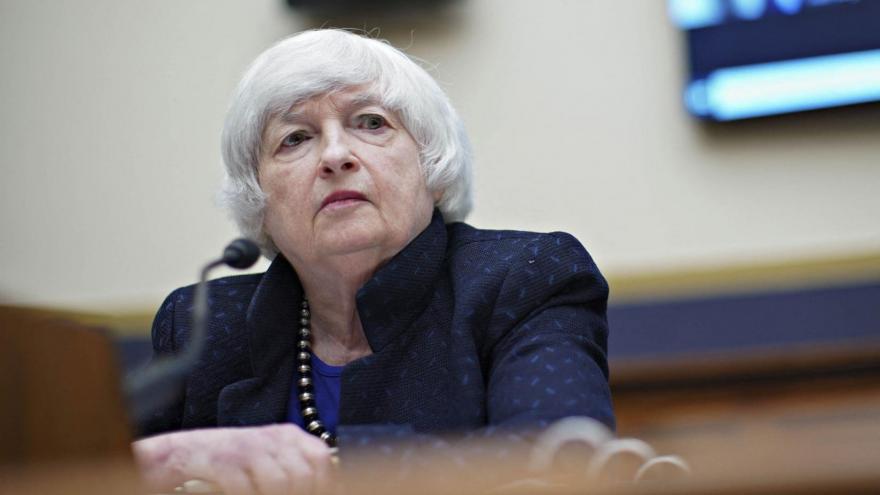 Treasury Secretary Janet Yellen now estimates that the government will run out of money on December 15, an extension from the previous deadline of December 3.

(CNN) -- Treasury Secretary Janet Yellen now estimates that the government will run out of money on December 15, an extension from the previous deadline of December 3.

"There are scenarios in which Treasury would be left with insufficient remaining resources to continue to finance the operations of the U.S. Government beyond this date," Yellen said of the new deadline in a letter to House Speaker Nancy Pelosi on Tuesday.

While the pushed deadline gives lawmakers some additional time to address the debt ceiling, it remains unclear how Democrats will proceed after Republican leaders, including Senate Minority Leader Mitch McConnell, have repeatedly stated they will not help with legislation to raise the limit.

Republicans have insisted that Democrats must act alone to address the debt limit through a process known as budget reconciliation, which would require no GOP support for passage.

Democrats, however, have argued the issue is a bipartisan responsibility. While Democratic leaders have publicly dismissed the possibility of using reconciliation -- arguing the process is too lengthy and unwieldy and that the risk of miscalculation would be too high -- it could be the only way to address the issue without changing the filibuster, which Democratic Sen. Joe Manchin of West Virginia has repeatedly opposed.

The looming December deadline comes after Congress approved an extension of the nation's debt limit in October following dire warnings from Yellen about the economic fallout that would ensue if the issue went unaddressed.

After that agreement, McConnell sent a letter to President Joe Biden warning, "I will not provide such assistance again if your all-Democrat government drifts into another avoidable crisis," and telling the President that his "lieutenants on Capitol Hill now have the time they claimed they lacked to address the debt ceiling through standalone reconciliation, and all the tools to do it."

Yellen said in her Tuesday letter that "as the federal government's cash flow is subject to unavoidable variability, I will continue to update Congress as more information becomes available."

"To ensure the full faith and credit of the United States, it is critical that Congress raise or suspend the debt limit as soon as possible," she said.

This story has been updated with additional information Tuesday.