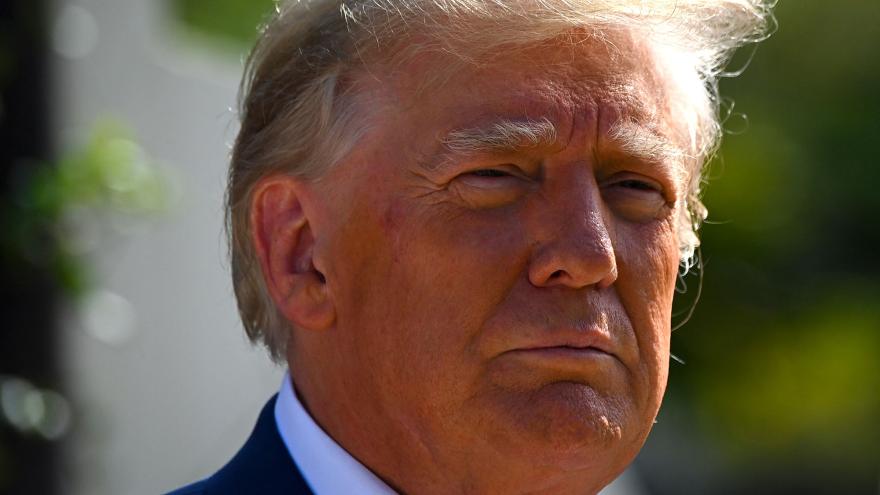 Trump's Facebook and Twitter accounts were blocked following the January 6, 2021, attack on the US Capitol. Facebook initially said its ban of Trump would be indefinite. But after a public consultation and deliberation with experts, the company announced in June 2021 that Trump's ban would be reassessed in January 2023, two years after the initial decision.

CNN reported last week that the decision to allow former President Donald Trump back on Facebook and Instagram, is being debated by a specially formed internal working group at the company, according to a person familiar with the deliberations.

Meta spokesperson Andy Stone told CNN the decision is set to be announced in the coming weeks. A Trump adviser said that reinstating the former president's Facebook account would make it easier for the campaign to do outreach.

The letter, signed by Trump's attorney, focused on free speech and requested a meeting with Meta to discuss reinstatement.

"Donald J. Trump is a declared candidate for President of the United States," the letter, obtained by CNN, said. "We believe that the ban on President Trump's account on Facebook has dramatically distorted and inhibited the public discourse."

Democratic lawmakers on Capitol Hill sent a letter to Meta last month urging the company to keep Trump off its platforms, arguing Trump continues to attack American democracy by repeating lies about the 2020 election. Republicans, free speech advocates, and others argue maintaining the ban is an undue act of censorship and could put Trump at a disadvantage as a 2024 candidate.

A current Trump adviser said the former president has never used Facebook in the way he used Twitter, which became his primary medium for communicating with his political base as president before he was removed from the platform in the wake of the January 6 attack. Still, this person said, the Trump campaign would leap at the opportunity to resume using his likeness in its Facebook advertisements.

"It is the most important vehicle for fundraising and for reaching a lot of people in the persuadable audience," the adviser said.

The process Meta is undertaking -- publishing detailed posts and policy documents transparently outlining how it plans to make the high-stakes decision -- is in stark contrast to what is happening at Twitter.