Trump confirms US conducted cyberattack against Russia in 2018 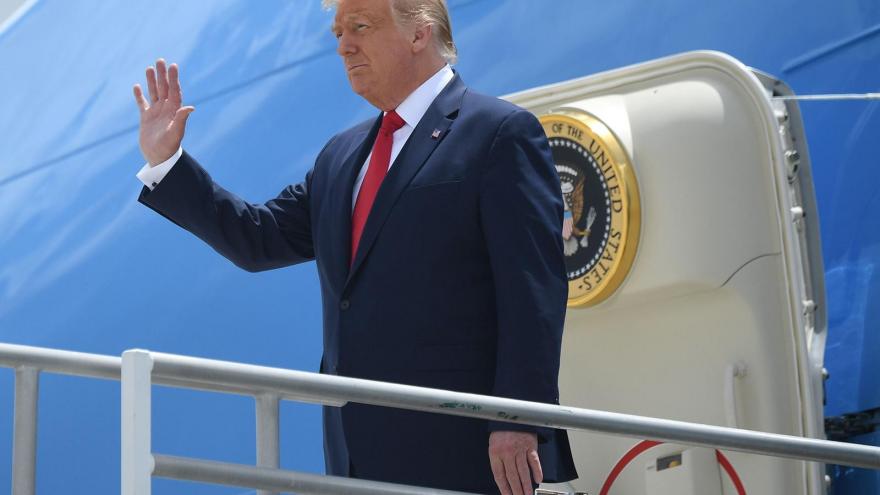 President Donald Trump, for the first time, confirmed the US conducted a covert cyberattack in 2018 against Russia's Internet Research Agency.

Thiessen writes in the Post that during his interview he asked Trump whether he had launched a cyberattack. Thiessen said Trump replied, "Correct."

Trump said during the interview that in 2016, then-President Barack Obama "knew before the election that Russia was playing around. Or, he was told. Whether or not it was so or not, who knows? And he said nothing. And the reason he said nothing was that he didn't want to touch it because he thought (Hillary Clinton) was winning because he read phony polls. So, he thought she was going to win. And we had the silent majority that said, 'No, we like Trump.' "

Trump claimed that unlike his predecessor, he acted on intelligence the US had about Russia's election interference by launching the cyberattack.

Obama in December 2016 did announce sanctions against Russia and expelled some Russian diplomats in retaliation for Russia's interference in the US presidential election.

The Washington Post in October 2018 previously reported there was a cyberattack. The operation against the company, which is bankrolled by an oligarch close to Russian President Vladimir Putin, was carried out in order to prevent any interference in the midterms, the paper was told.

This is, however, the first official confirmation from Trump.

Thiessen reports senior US officials also confirmed that the strike occurred and was effective, taking the Internet Research Agency offline.

In the interview, Trump said the cyberattack was part of a broader policy to confront Russia. "Nobody has been tougher on Russia than I have," the President told Thiessen, a contention he has made repeatedly in the past. Among the examples he gave was the US sending antitank busters to Ukraine.

As CNN previously reported, Trump appeared to confirm that the US had conducted such a cyberattack against a Russian entity during the 2018 midterm elections in a June 2019 Fox News interview.

"I would rather not say that, but you can believe that the whole thing happened, and it happened during my administration," Trump told Fox News' Steve Hilton when asked about a report that he personally authorized a cyberattack on Russia during the time of the midterms.

CNN's Barbara Starr also reported in October 2018 that the US military's Cyber Command had begun targeting Russian operatives believed to be attempting to influence the 2018 midterm elections as part of a broad effort in coordination with several government agencies, an administration official confirmed to CNN.