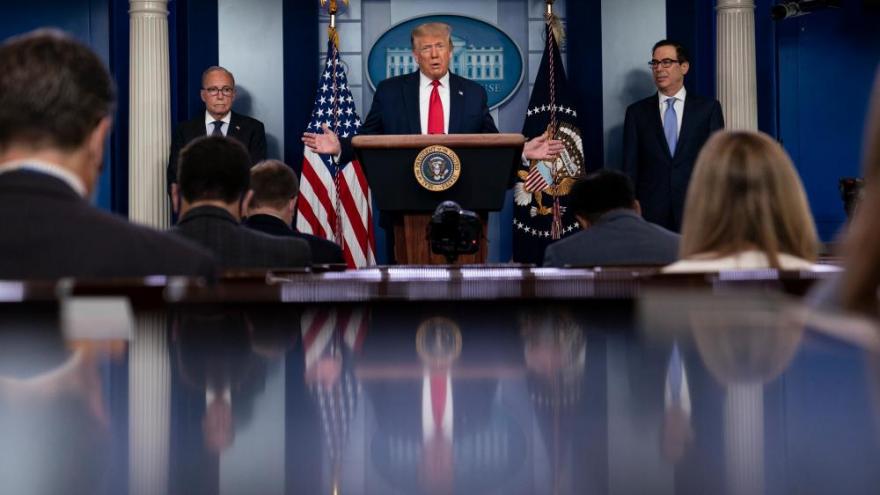 President Donald Trump on Saturday signed an extension of the Paycheck Protection Program into law, according to the White House.

(CNN) -- President Donald Trump on Saturday signed an extension of the small business loan Paycheck Protection Program into law, according to the White House.

House lawmakers unanimously passed the extension less than a day after the program expired, and PPP will now remain open to applications through August 8.

The President's approval of the measure completes a whirlwind few days for a program that was all but certain to shutter until bipartisan negotiations were sparked in the Senate on Tuesday.

Congress created the program in March to help small businesses keep employees on their payrolls through nationwide closures amid the coronavirus pandemic.

More than 4.8 million small business owners have tapped more than $520 billion in potentially forgivable loans through the program.

The program was so critical at its inception that a first round of funding dried up in fewer than two weeks in April and had to be replenished.

But interest in the program waned in recent weeks, as shifting rules and the inability of borrowers to come back for a second loan limited the number of small businesses able to go through the application process.

At the time of the program's closure on Tuesday, more than $130 billion in allocated funds remained unused.

Negotiations are underway among lawmakers of how to get the smaller, hardest-hit businesses to tap into a second round of aid.