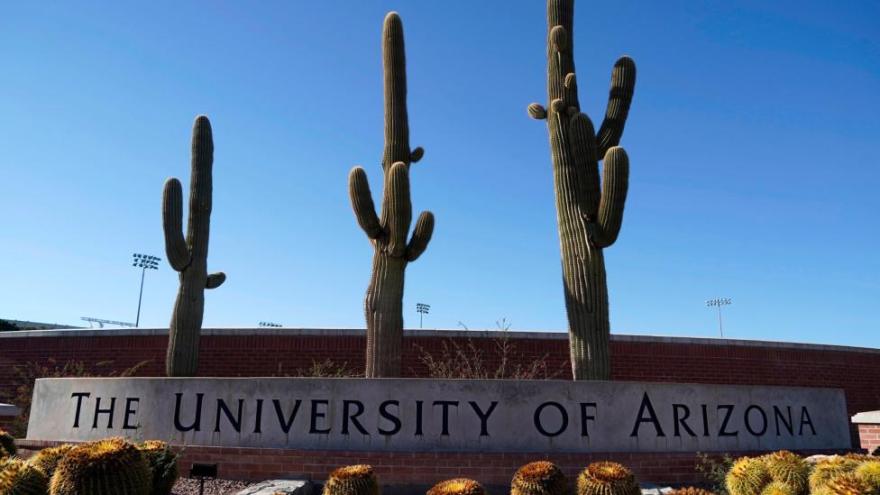 The University of Arizona is waiving tuition and fees for undergraduate students enrolled in one of the state's federally recognized tribes.

(CNN) -- The University of Arizona announced this week that it will soon waive tuition and fees for undergraduate students enrolled in one of the state's 22 federally recognized tribes.

The program, known as the Arizona Native Scholars Grant, will be open to current and incoming Native American students starting this fall, according to a university news release. More than 400 students enrolled last year are eligible for the initiative, the university said.

"Serving Arizona's Native American tribes and tribal students is a crucial part of the University of Arizona's land-grant mission, and the Arizona Native Scholars Grant program is another important step among many to do that," university President Robert C. Robbins said in a statement. "I am so proud that that this university has found a way to help hundreds of students more easily access and complete a college education, and I look forward to finding ways to take these efforts even further."

University of Arizona is one of several state colleges and universities to announce it would cover tuition and fees for Native American students, with institutions in California, Colorado, Michigan and Oregon among those with similar initiatives.

The university was built on and with Indigenous land

Given the University of Arizona's history, the move might be viewed as a form of reparations for the state's Indigenous peoples.

The University of Arizona is a land-grant institution, one of dozens of colleges and universities in the US that were funded through the sale of expropriated Indigenous lands. These institutions were born out of the 1862 Morrill Act, which sought to make higher education more accessible for the nation's farm workers and industrial classes. Under the law, states were granted federal lands that could then be sold to help fund agricultural and mechanical colleges.

The federal lands that generated money for higher education, however, were taken from Native people. A 2020 investigation by High Country News found that the US seized nearly 11 million acres of Indigenous lands from nearly 250 tribes, bands and communities to build the land-grant university system. Not only were many of those colleges and universities built on Indigenous lands, but their endowments were partly funded by them -- and some institutions continue to profit off those lands to this day, High Country News reported.

The University of Arizona -- which sits on lands once inhabited by the Pima, Yuman, Tohono O'odham, Navajo and Apache peoples -- received more than 143,000 acres as part of the Morrill Act and raised nearly $450,000 in endowment principal, according to High Country News data.

As part of its designation as a land-grant institution, the University of Arizona has publicly committed to serving the state's Indigenous communities.

For Levi Esquerra, senior vice president for Native American advancement and tribal engagement at the school, that means building relationships with tribes and working to address their concerns.

Tribal leaders had specifically asked the university to waive tuition for Native students given its history as a land-grant institution, Esquerra said. His office worked with partners in the admissions, provost's and president's offices to make it happen.

"These initiatives and things we're doing ... they're not checkmarks," he told CNN. "They're a long time coming, but they build on our relationships with tribal communities."

Tohono O'odham Nation Chairman Ned Norris, Jr., who was instrumental in pushing for the tuition wavers, said the program would lower financial barriers and improve access to higher education for Indigenous students.

"The new grant program is a major step forward in UArizona's commitment to honoring native heritage and supporting indigenous students," he said in a statement to CNN. "It is vital that we educate our young people at world-class institutions like UArizona, so that they can bring what they have learned back to support and strengthen our communities."

About 3% of undergraduate students enrolled at the University of Arizona in fall 2021 identified as American Indian or Alaska Native -- meaning that Indigenous people are slightly underrepresented given that they make up about 5% of Arizona's population.

Nationally, less than 1% of undergraduates are of American Indian or Alaska Native descent, according to the National Center for Education Statistics. And while college enrollment has declined over the past decade overall, that data indicates that American Indians and Alaska Natives have experienced the steepest declines.