US 'actively defending against foreign interference and influence' in midterms, Cyber Command says 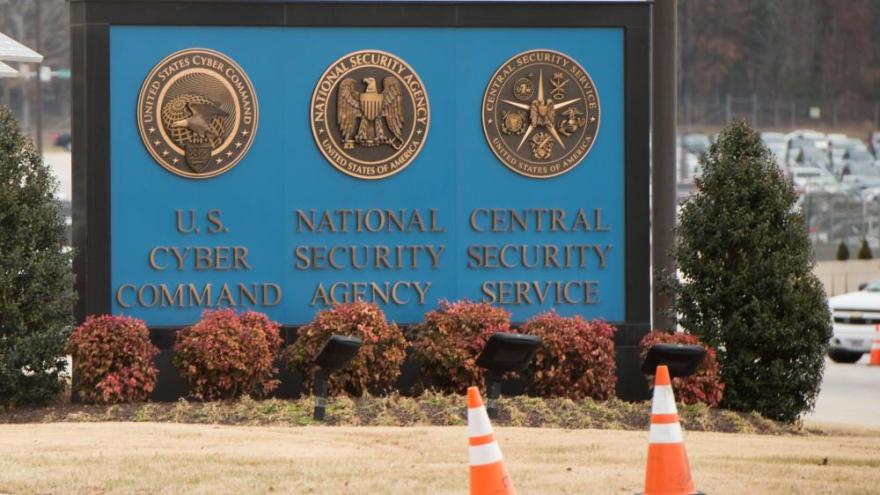 US military and intelligence officials are stepping up their efforts to defend the electoral process from foreign hacking and disinformation as the November midterms approach, officials said on August 25.

(CNN) -- US military and intelligence officials are stepping up their efforts to defend the electoral process from foreign hacking and disinformation as the November midterms approach, officials said Thursday.

Officials are "actively defending against foreign interference and influence operations in U.S. elections," US Cyber Command and the National Security Agency said in a statement, "specifically by focusing on how adversaries seek to undermine U.S. interests and prosperity, the will to vote of the populace, as well as their belief in the sanctity and security of their elections."

US intelligence officials are warning that Russia, China and Iran may seek to interfere in the US voting process or shape voters' perceptions, according to the command.

Asked last month whether the war in Ukraine may distract Russia from interfering in the US midterm elections, FBI Director Christopher Wray said he was "quite confident the Russians can walk and chew gum" and that US officials were preparing accordingly.

US officials also "have to be concerned about hybrid threats," Wray said at a cybersecurity conference at Fordham University in New York. That includes a situation in which foreign operatives might use an "unremarkable cyber incident" to sow "panic or lack of confidence in our election infrastructure," Wray said.

In a separate intelligence bulletin sent to state and local officials this week, the Department of Homeland Security said Russia will likely continue to use its hacking and information operation capabilities to undercut trust in US public institutions and sow discord in the US.

The DHS analysis, obtained by CNN, focuses on Russia's broader cyber activity against various sectors and not specifically on elections.

Facing a rise in violent threats, election officials are under intense pressure as the midterm vote approaches. In addition to any foreign interference, election officials will have to contend with extensive mis- and disinformation about election integrity spread by Americans, many who falsely claim that President Joe Biden was not legitimately elected.

Cyber Command is the US military's offensive and defense cyber unit that has since 2018 increasingly focused on protecting elections from foreign meddling. The command and the NSA, the US signals intelligence agency, again formed an election-security focused team to be on the hunt for foreign threats, as they did in 2020.

The Cyber Command-NSA Election Security Group "continues to increase information-sharing of cyber threats and insights with industry and interagency counterparts," Maj. Katrina Cheesman, a spokesperson for the group, told CNN. "We are complementing efforts of industry through identifying and attributing foreign malicious behavior,"' and sharing insights on the activity with non-government partners, Cheesman added.

Cyber Command did not go into detail in its statement Thursday on recent operations it has conducted to defend US elections, but its past work has included knocking offline a Russian troll farm spouting disinformation during the 2018 election.

US military and intelligence officials have gotten more involved, along with the Department of Homeland Security, in trying to thwart foreign hacking and influence operations following the 2016 presidential election. That year, Russian military intelligence operatives hacked and leaked emails belonging to the Democratic party in an effort to undermine Hillary Clinton's presidential campaign, according to US intelligence reports.

Federal and state and local officials now regularly drill for hacking and information operations that could interfere with the vote. Last week, officials from across the country held one such drill involving an array of hypothetical threats to election operations.

"The nation's election officials face a range of challenges, including cyber and physical risks to their infrastructure, and false election information that weaken voters' trust in the process," US Cybersecurity and Infrastructure Security Agency Director Jen Easterly and other federal and state officials said in a joint statement after the exercise.