US ambassador to Russia leaves Moscow, will retire 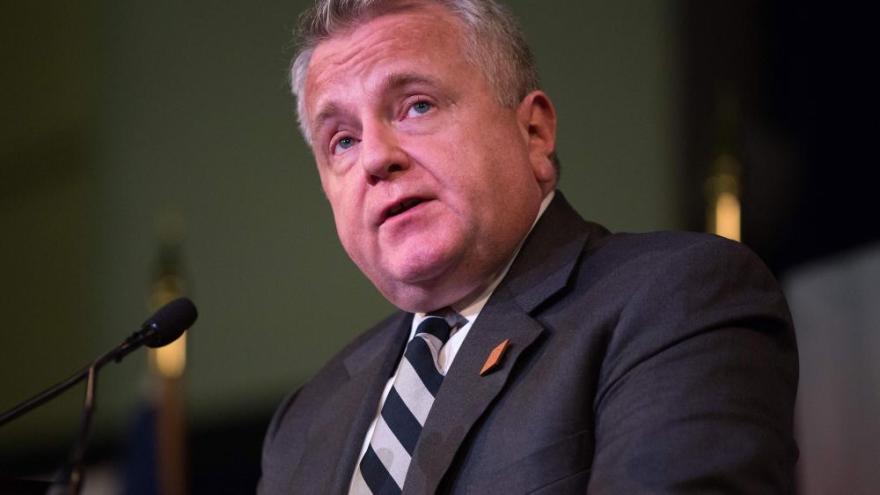 John Sullivan, as acting US Secretary of State, speaks to reporters at a G7 foreign ministers meeting in Toronto on April 23, 2018. Sullivan has left his post and will retire, the US Embassy announced September 4.

(CNN) -- John Sullivan, the United States' ambassador to Russia, has left his post and will retire, the US Embassy announced Sunday.

Sullivan departs amid a period of heightened tensions between the US and Russia not seen in decades. He leaves after nearly three years as ambassador in Moscow, where he oversaw the embassy as it faced increasing restrictions imposed by the Russian government.

"U.S. Ambassador to the Russian Federation John J. Sullivan has concluded his tenure as U.S. envoy and departed Moscow today," the US Embassy in Russia said in a press statement Sunday.

"Ambassador Sullivan was appointed in December 2019 and has served as Ambassador for almost three years," the statement read. "Following his departure, he will retire from a career in public service that has spanned four decades and five U.S. presidents, including service as the Deputy Secretary of State and in senior positions at the Departments of Justice, Defense, and Commerce."

The embassy added that Elizabeth Rood will take over as chargé d'affaires until a successor takes over.

A State Department spokesperson told CNN that Sullivan's departure "is planned and part of a normal diplomatic rotation," noting that the ambassador has served a "full tenure" as the top US diplomat in Moscow while managing "one of the most critical bilateral relationships in the world during unprecedented times."

"We intend to announce our next Ambassador soon," the spokesperson added.

This story and headline have been updated.