US Army is developing a tactical bra for its female soldiers 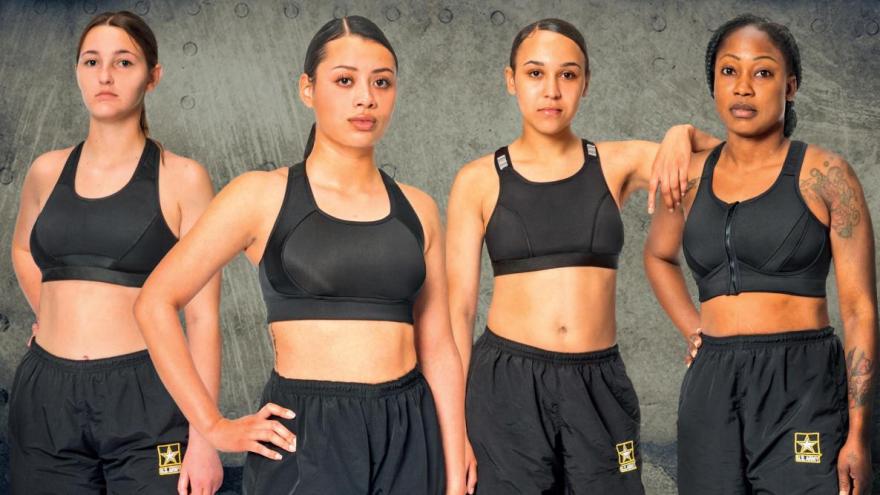 The US Army is developing a tactical bra for its female soldiers, pictured here in an ad, known as the Army Tactical Brassiere. It is still in development at the US Army Combat Capabilities Development Command Solider Center in Natick, Massachusetts.

(CNN) -- The US Army is developing a tactical bra for its female soldiers.

The bra, known as the Army Tactical Brassiere, is still in development at the US Army Combat Capabilities Development Command Solider Center, also known as DEVCOM, in Natick, Massachusetts. If approved by the Army Uniform Board, it will be the first official uniform bra the Army has offered its female soldiers in its history.

The Army Times was first to report the US Army is developing this bra.

Soldier Center's Design, Pattern and Prototype Team will present final concepts and designs for the bra to the Army Uniform Board in the fall of 2022, David Accetta, US Army Combat Capabilities Development Command Soldier Center spokesperson told CNN.

If the Army Uniform Board approves the prototype and makes it a Program of Record, it will be added to the US Army uniform.

In order to develop the bra, DEVCOM surveyed "hundreds of female soldiers across the Army in different places and in different jobs," to gather information about the "proper fit, function, support and performance," Accetta said.

Because the bra is considered a tactical piece not just a sportswear item, thorough tests were conducted in developing the current prototype, including flame testing at DEVCOM's Thermal Test Facility. Findings from these tests will be presented by the development team when the bra is presented to the Army Uniform Board later this year.

If the bra "becomes an official Program of Record as a result of the upcoming Army Uniform Board, we would see that as a win for female soldiers across the Army, who would then likely be issued the ATB upon initial entry to the Army," Accetta said.