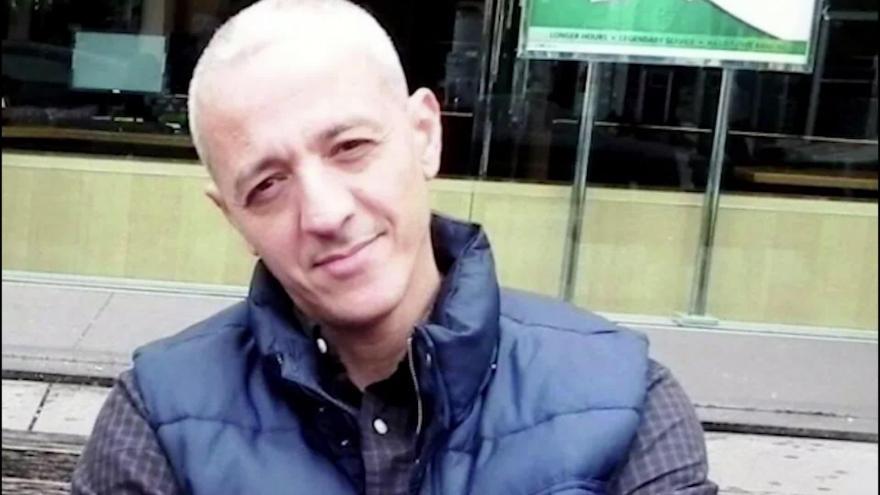 US citizen Mustafa Kassem, who once begged for President Donald Trump's help, has died of heart failure after more than six years in an Egyptian prison. He was 54 years old.

(CNN) -- A US citizen who once begged for President Donald Trump's help has died after more than six years in an Egyptian prison.

Mustafa Kassem died of heart failure on Monday, according to Pretrial Rights International and The Freedom Initiative, the two organizations that represented him during his case. He was 54 years old.

Kassem, who was Egyptian American, was detained in August 2013 in Cairo while visiting his family. He was beaten by security forces and held in pretrial detention for more than five years before being sentenced without due process in September 2018 to 15 years in prison, according to the organizations.

Shortly after his sentencing, Kassem sent a handwritten letter to Trump to inform him of his plight and implore the US President for his help.

"I pray that you have a plan for me," Kassem wrote. He told Trump that he was diabetic and was going on a hunger strike "knowing full well that I may not survive it."

"I no longer recognize myself. I don't want my children to remember me this way, but I am going on a hunger strike because I am losing my will and I don't know how else to get your attention," the father of two wrote.

According to Mohamed Soltan, the leader of The Freedom Initiative, Kassem was on a liquid-only hunger strike on and off before cutting off liquids last week. Shortly afterward, he was transferred to a local hospital, where he died.

"I am putting my life in your hands," Kassem wrote to Trump in that September 2018 message.

It is unclear if the President ever saw the letter, which was passed to him by Rep. Peter King, the New York Republican who represented Kassem's brother and sister-in-law. The White House declined to comment on the record about Kassem's death.

On Monday, Assistant Secretary of State for Near Eastern Affairs David Schenker said he was "deeply saddened to learn" of Kassem's death.

"His death in custody was needless, tragic and avoidable," Schenker told reporters at the State Department.

"We send our sincere condolences to Mr. Kassem's wife and family at this painful time," he said. "I'll continue to raise our serious concerns over human rights and Americans detained in Egypt at every opportunity, as will the entire team at the Department of State."

However, a senior State Department official said Monday that it was "still premature" to talk about punitive measures for the government of Egyptian President Abdel Fattah el-Sisi over Kassem's death.

Soltan, a former Egyptian political prisoner himself, told CNN there are at least six other Americans in custody in the country.

Although Secretary of State Mike Pompeo had raised concerns about Americans detained in Egypt, including Kassem, Trump has been less vocal about the Egyptian President's human rights abuses. The US President instead heaped praise on Sisi in April 2019, when he hosted the Egyptian leader at the White House.

However, in 2017, Trump negotiated the release of Egyptian American charity worker Aya Hijazi and her husband from an Egyptian prison where they had spent nearly three years. Then-White House press secretary Sean Spicer said Trump "directly engaged behind the scenes" to secure Hijazi's release and raised the issue with Sisi.

The Egyptian Embassy in Washington did not reply to a request for comment about Kassem's death.

CORRECTION: This story has been updated to accurately reflect Mustafa Kassem's age.