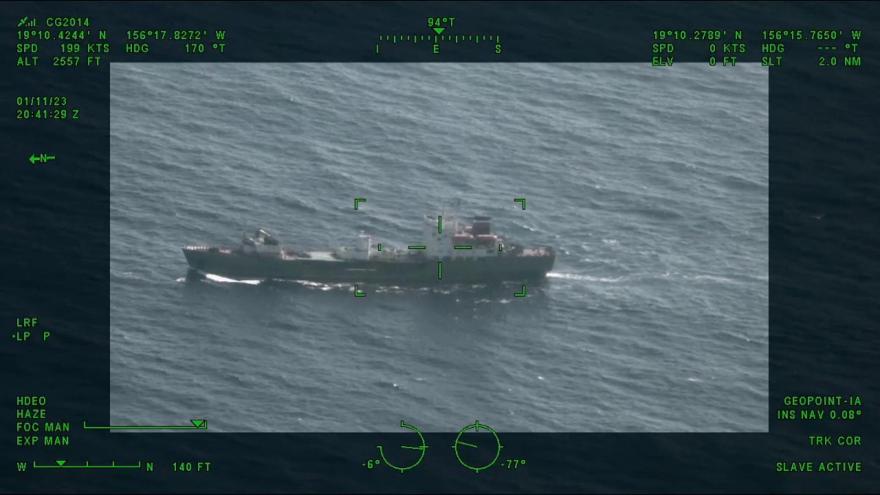 (CNN) -- The US Coast Guard says it is tracking a suspected Russian spy ship off the coast of Hawaii in international waters as heightened tensions between Washington and Moscow remain over Russian's war in Ukraine.

"In recent weeks, the U.S. Coast Guard has continued to monitor a Russian vessel, believed to be an intelligence gathering ship, off the coast of the Hawaiian Islands," the USCG said in a news release.

The Coast Guard noted the situation is not unusual but that it is tracking it closely. "While foreign military vessels may transit freely through the U.S. economic exclusive zone (EEZ), as per customary international laws, foreign-flagged military vessels have often been observed operating and loitering within Coast Guard District Fourteen's area of response," the release stated.

The actions of the Viktor Leonov, a Russian surveillance ship sailing off the coast of South Carolina and Florida, were determined to be unsafe because it was not using running lights in low visibility weather and was not responding to commercial vessels' attempts to communicate to avoid potential accidents.

The USCG said in the release that it "continues to coordinate with Department of Defense partners, providing updates to foreign vessel movements and activities and to appropriately meet presence with presence to encourage international maritime norms."