US is increasing pace of hypersonic weapons development to chase China and Russia, senior admiral says 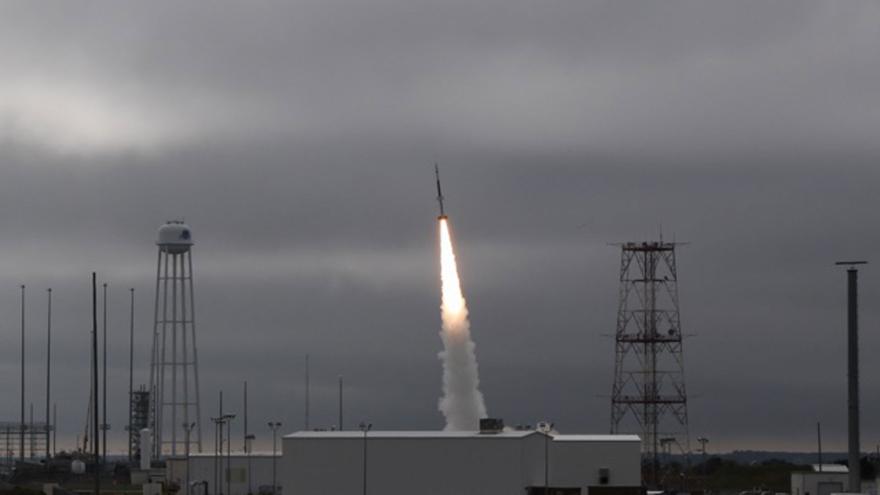 (CNN) -- China and Russia are driving the US to develop hypersonic weapons faster as the Pentagon seeks to increase the pace of testing and research and avoid falling behind, a senior Navy admiral responsible for US efforts said.

"Up until just recently, there hasn't been a real driver for us to take that technology and put it into a weapon system. The need was not there," said Vice Admiral Johnny Wolfe, director of the Navy's Strategic Systems program. "The need is now there, which is why we've got a sense of urgency to get after this."

Wolfe, speaking to CNN last month as the military carried out two rocket test launches to gather data for hypersonic development, acknowledged that China and Russia have developed weapons the US hasn't. Each of the two test launches carried about a dozen different experiments in different fields such as heat-resistant materials, high-end electronics, and lightweight materials, all of which are necessary to successfully develop and deploy a hypersonic weapon.

Russia has deployed its own hypersonic Kinzhal missiles in Ukraine, marking perhaps the first time such weapons have been used in war. And during a test last year, a Chinese hypersonic missile flew around the world before hitting its target.

"China and Russia are the driver," said Wolfe.

Hypersonic weapons travel at speeds greater than Mach 5, or approximately 4,000 miles per hour, making them difficult to detect and intercept in time. The missiles can also maneuver and vary altitude, allowing them to evade current missile defense systems.

The Pentagon requested $4.7 billion for hypersonic research in the next fiscal year, up from $3.8 billion, according to the Congressional Research Service. The US is developing a number of different hypersonic weapons programs across the military services, but a string of testing failures plagued certain programs.

The Air Force carried successful tests of its Air-launched Rapid Response Weapon (ARRW), but that came only after 3 consecutive testing failures. The Common Hypersonic Glide Body, a joint venture between the Army and Navy, also suffered a testing failure over summer during the first test of the full system.

Not afraid of failure

But Wolfe says failure should not be a dirty word since hypersonic systems are on the cutting edge of current capabilities.

"Every test is an opportunity to learn, regardless of what the final outcome is," he says. "I think failure is part of the process. When you're looking at high-end technologies and you're looking at how you really want to lean in and get something in the warfighter's hands rapidly, we've got to accept the fact that to do that, we're going to take risks."

The Army plans to field the Long-Range Hypersonic Weapon (LRHW) next year, which would make it the first hypersonic system fielded by the military. The system uses a two-stage booster rocket to accelerate a gliding projectile to hypersonic speeds. The glide body then coasts to its target at very high speeds, using its kinetic energy as a weapon.

The Navy plans on fielding its own version of the system on Zumwalt-class guided missile destroyers in 2025, and a version for a submarine-launched hypersonic missile is currently scheduled late this decade.

"Fundamentally, it's just the next generation of missilery," says Tom Karako, the director of the Missile Defense Project at the Center for Strategic and International Studies.

Karako says the US backed away from research and development around hypersonic programs in past years. But as China and Russia boosted investment in their own systems, the US has made it a priority to catch up, with its own aggressive schedules.

"We're not doing it just because they are. We're doing it for particular military needs," Karako said. "You need that unpredictability, not just speed. Ballistic missiles will get you the speed, but it's the hypersonic gliders and scramjets that combine the speed with the maneuverability."

"We've seen the reports asserted and coming out of Iran. We remain skeptical of these reports," said Deputy Pentagon Press Secretary Sabrina Singh. "We will continue to monitor closely any development or proliferation of advanced technology coming out of Iran."