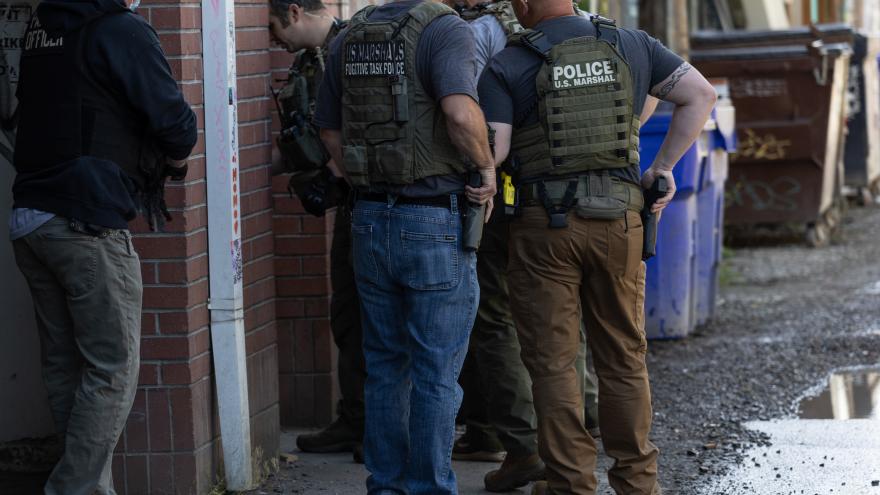 The operation was conducted in Multnomah County, Portland, between June 7 and June 11 and targeted violent fugitives with the goal of reducing street-level criminal activity and arresting criminal suspects involved in recent shootings, the US Marshals Service said in a news release on Thursday.

Authorities called the initiative a "massive undertaking," that was completed with the help of several law enforcement agencies and personnel assisting with investigations and arrests, including the Bureau of Alcohol, Tobacco, and Firearms (ATF) and the Portland Police Bureau.

The fugitives who were targeted and arrested were wanted for "serious violent charges including murder, attempted murder, armed robbery, and assaults," the release said.

Over 30 law enforcement officials examined hundreds of local, state and federal warrants to identify the most dangerous offenders in the Multnomah County area, the release said.

"By pooling our resources, we can remove offenders who have shown the highest propensity of violence and disregard for human life, and hold them accountable for the crimes they have committed," Sheriff Mike Reese said in a statement. "We are dedicated to creating safe and thriving communities for everyone, and collaborative missions such as this, is one way to reach our goal."

Of the 24 fugitives arrested, three were wanted for attempted murder by firearm, one pending a federal drug overdose death and three pending federal prosecution for possession of firearms and narcotics, the release said. Additionally, 449 fentanyl pills, 19 grams of heroin and 21 firearms were seized, authorities reported.

One of the fugitives arrested was a 32-year-old convicted felon who was wanted for more than 36 armed robberies throughout Portland and Vancouver. He was taken into custody after an hourslong standoff, during which the man cut his hair to change his appearance, the release said.

Another fugitive was arrested after he was found hiding in the attic of a Portland home, authorities said. The 27-year-old man was wanted on federal charges after he had stolen more than 35 firearms from a licensed dealer. Law enforcement agents recovered eight of the stolen firearms during the operation, the release said.

"This operation exemplifies the effectiveness of working together as a team for the benefit of our citizens. I am proud of the Deputy Marshals, task force officers and our local law enforcement partners for the work they did this week, and for what they do every day," said US Marshal Pete Cajigal.