US Navy introduces incentives for sailors to get vaccinated 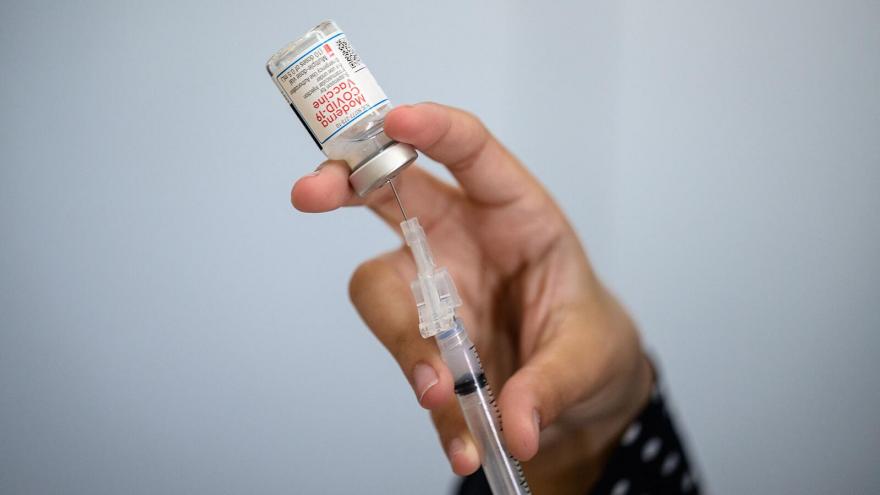 The Navy became the first branch in the US military to issue service-wide incentives for sailors to get vaccinated against Covid-19.

(CNN) -- The Navy became the first branch in the US military to issue service-wide incentives for sailors to get vaccinated against Covid-19, including increased freedom of movement at port calls and the ending of pre-deployment quarantine for those who have been vaccinated.

The updated guidance, issued Monday afternoon, stresses the safety of the vaccines and their impact on Navy operations.

"The science is pretty clear, vaccinations are key to best protecting our Sailors. The more Sailors that are vaccinated, the better for them, their families, the Navy, and the Nation," said Vice Admiral Phil Sawyer, Deputy Chief of Naval Operations for Operations, Plans and Strategy, as part of the updated guidance.

According to the latest measures, sailors who are fully vaccinated are not required to quarantine before a deployment, while those who are not vaccinated must sequester for 14 days. In addition, Naval commands may allow increased freedom of movement on ships, based on the size of the unit and its vaccination rate "in order to train and operate in a more realistic and unimpeded shipboard setting."

Like other services, the Navy framed vaccination as an issue of military readiness, saying that immunized sailors allow the Navy to increase "mission assurance while remaining equipped to deploy forward and win every day in competition, conflict and crisis."

Across the military, a few Army and Marine Corps bases have begun offering extra days off and reduced restrictions on freedom of movement for vaccinated service members, as well as increased access to gyms and other facilities. But these programs have only been instituted at the base level, not service-wide guidance.

In mid-May, chief Pentagon spokesman John Kirby said the Pentagon is not considering a standard incentive program for the entire military.

"I think, like the secretary [of defense] said, the best incentive is to know that you're doing the right thing for your family, for your friends and for your teammates," Kirby said.

"There are of course local base commanders, and you've seen some of them adopting modest ways of recognizing those who have received the vaccine, but they do that at their level," Kirby added. "I'm not aware of any specific DoD enterprise-wide incentives that are in the works."

Last week, the Pentagon announced that it had seen a surge in military vaccinations over the course of the previous month. The 55% jump in vaccinations followed the opening of vaccines to the entire military population, with an increase from approximately 500,000 troops who have received their first dose as of April 19 to about 775,000 as of May 19.

The increase is seen as encouraging sign, especially since the military has struggled with vaccine hesitancy among an active-duty population that is generally young, healthy and may not see a compelling reason to get vaccinated. But it remains unclear if the rate of vaccination will continue rising or if it will plateau.