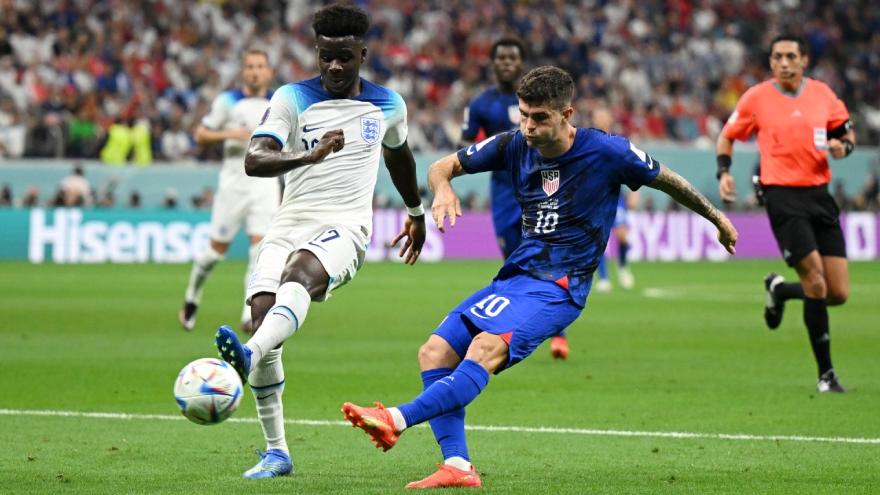 (CNN) -- It may have only been a goalless draw but Friday's result at Qatar 2022 spoke volumes as to where this US Men's National Team (USMNT) is going.

Facing an England team full of superstars that reached the European Championship final last year is no easy task, but the Americans looked more than at home.

In fact, the players appeared disappointed as they were cheered off the field -- frustrated, perhaps, that they couldn't find the winner they might well have deserved.

But any annoyance shouldn't last too long with the USMNT still unbeaten against England at World Cups.

The sides have now met three times on the world stage with the USMNT winning once and the other two matches ending as draws.

The USMNT's hopes of progressing into the knockout rounds are still in its own hands, knowing a win against Iran on Tuesday will see it through to the last 16.

Despite England getting the better of the early exchanges, the US grew into the match and looked the most threatening by halftime.

Christian Pulisic saw his effort crash off the crossbar as England struggled to cope with the American's intensity.

It felt reminiscent of the USMNT's previous match against Wales when it started in brilliant form. On that occasion, this young side struggled to keep up the intensity and suffered a late equalizer through Gareth Bale's penalty.

But against England, the Gregg Berhalter's side doubled down after the break and continued its waves of attacks against England's nervous-looking defense.

Pulisic, the player of the match, was orchestrating the US fans behind the goal, whipping them into a frenzy as they started to believe their team could beat England, which is ranked fifth in the world.

The breakthrough never came but it coped well with a late surge from England, which finally seemed to wake up with no more than five minutes to play.

England missed the chance to qualify for the next round but would need to lose heavily to Wales to miss out on a place in the Round of 16.

For the USMNT, all eyes turn to the game against Iran, which beat Wales 2-0 in the earlier Group B match.