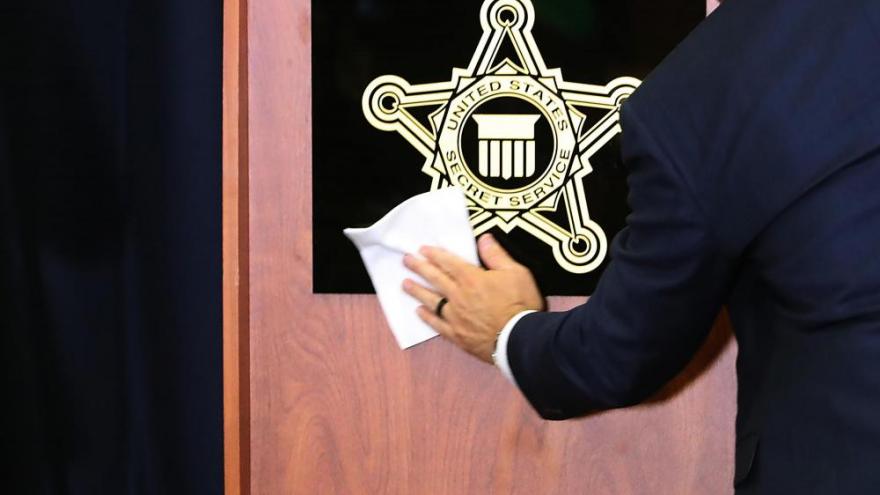 According to a source familiar with the matter, a group of Secret Service employees went out to dinner in Seoul this week. After dinner, a small group broke off and visited multiple bars. When the two employees -- one special agent and one physical security specialist -- returned from the night out, one of the employees got into an altercation with a cab driver and two Korean nationals, resulting in a police response.

Both employees were armed but were not part of the President's advance team -- the presidential detail that travels ahead of the president. The employees involved in the incident were responsible for physical security preparations and logistical planning, the source said.

Both employees have been placed on administrative leave pending an investigation, according to Secret Service spokesman Anthony Guglielmi.

"The Secret Service is aware of an off-duty incident involving two employees which may constitute potential policy violations. The individuals will be immediately returned back to their post of duty and placed on administrative leave," Guglielmi said. "There was no impact to the upcoming trip. We have very strict protocols and policies for all employees and we hold ourselves to the highest professional standards. Given this is an active administrative personnel matter, we are not in a position to comment further."

As a result of the 2012 prostitution scandal in Cartagena, Colombia, the Secret Service implemented a rule that employees are not permitted to consume alcohol within 10 hours of the start of any shift.

A source told CNN neither employee was arrested and no charges have been filed.