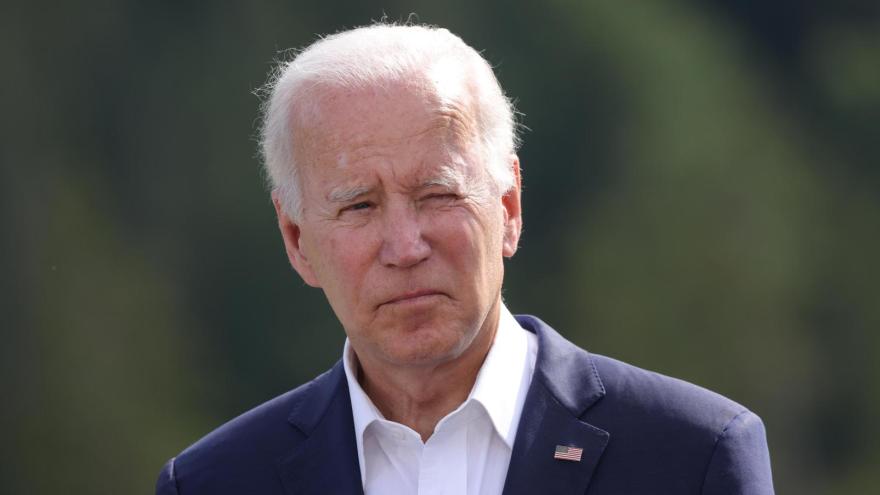 The United States government took a slew of actions against Russia on June 28, sanctioning those whom it says support Russia's defense industrial base and implementing a ban on new imports of Russian gold.

(CNN) -- The United States government took a slew of actions against Russia on Tuesday, sanctioning those whom it says support Russia's defense industrial base, designating Russian military units for human rights abuses in Ukraine and implementing a ban on new imports of Russian gold.

The moves are the latest in response to Russia's months-long war in Ukraine and were taken after G7 leaders in Germany agreed to steps, including the gold import ban, meant to weaken Moscow.

In a statement, the US Treasury Department announced sanctions on 70 entities, including State Corporation Rostec -- "a massive Russian state-owned enterprise formed to consolidate Russia's technological, aerospace, and military-industrial expertise" -- and its key holdings and affiliates, as well as 29 Russian individuals.

Rachel Rizzo, a senior fellow at the Atlantic Council's Europe Center, told CNN that imposing sanctions on Rostec is significant, noting that it "is basically the foundation of Russia's defense industrial base."

"It's a massive state-owned enterprise and it involves different sections on tech, aerospace, military industrial expertise," she said. "The company subsidiaries, they're basically engaged in a super wide range of different industries, like auto and defense and metals.

"If we can cut off their ability to export, import, sell, buy in these different sectors that then help Russia fund and continue to wage war against Ukraine, then that significantly decreases Russia's ability to do so," Rizzo said.

However, she noted that she does not believe "that any of the sanctions that we are implementing are meant to deter Russia in the very near term."

"I don't think that this is meant to cut off Russia from its defense industrial base today or tomorrow or next week, but in the long term, it will certainly have an effect and I think that's how the United States and its allies are thinking about these," she said.

In a separate statement Tuesday, Secretary of State Antony Blinken announced the State Department was imposing sanctions on 45 entities and 29 individuals, and moving to impose visa restrictions "on 511 Russian military officers for threatening or violating Ukraine's sovereignty, territorial integrity, or political independence, in connection with Russia's unprovoked and unjustified war against Ukraine," and "on 18 Russian nationals in relation to suppression of dissent, including politically motivated detentions."

"The Department of State is also designating Russian military units that have been credibly implicated in human rights abuses or violations of international humanitarian law as part of our commitment to promote accountability for atrocities in Ukraine," Blinken said in his statement.

According to a State Department fact sheet, the sanctioned units include the 76th Guards Air Assault Division and its subordinate 234th Guards Airborne Assault Regiment, and the 64th Separate Motorized Rifle Brigade.

"In March 2022, Russia's 76th Guards Air Assault Division and its 234th Guards Airborne Assault Regiment encamped on Bucha, Ukraine's Yablunska Street, which became an epicenter of violence against civilians and other human rights abuses in Bucha," the fact sheet said. "Images of dead civilians lining Yablunska Street are seared into our global memory and will not be forgotten."

The State Department also sanctioned Russia's Federal Security Service (FSB) for its role in human rights abuses in the war, including its reported involvement in Russia's so-called filtration camps.

The West's withering set of sanctions on Russia has taken a dramatic toll -- on Monday, the country defaulted on its foreign debt for the first time since the Bolshevik revolution more than a century ago. The White House said the default showed the power of Western sanctions imposed on Russia since it invaded Ukraine.

At the same time, the sanctions have inflicted pain on Americans through higher gas prices, an effect of global bans on importing Russian energy. Targeting Russian energy has been a point of contention since the start of the war. And the complexities of going after one of the world's largest producers have been borne out in the following months. As Americans and Europeans are suffering high gas prices, Moscow is still reaping massive revenues from its oil exports -- due in part to the skyrocketing prices.

A plan from US Treasury Secretary Janet Yellen seeks to reverse that. Over the past several months, she has pressed G7 nations to apply a price cap on Russian oil, limiting the amount of money Russia makes from the places it is still exporting.

Leaders agreed to the idea at the summit this week. But the precise mechanism for doing so remains undecided. Officials said they were confident Western nations wield enough leverage through their transportation and distribution networks to enforce the caps.