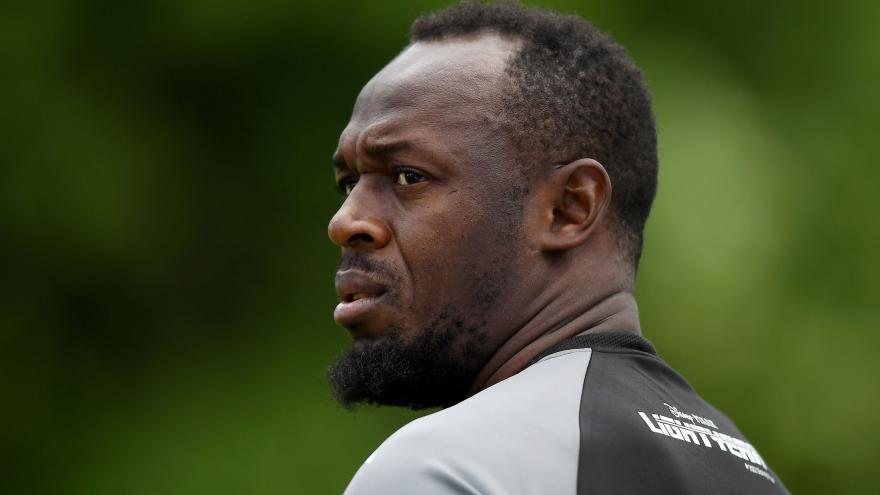 (CNN) -- Lawyers for eight-time Olympic gold medalist Usain Bolt say more than $12.8 million is missing from his account with a Jamaican investment firm now under police and government investigation.

Hay added that an investigation, currently in its early stages, is now being conducted by the Jamaica Constabulary Force's Fraud Squad and the Financial Investigations Division.

A letter from Bolt's lawyer, Linton Gordon, to SSL, which has been shared with CNN, says the former sprinter is looking to recover $12.8 million after the balance of his SSL account was "mysteriously" depleted to just over $12,000.

Bolt, who retired from athletics in 2017, has made no withdrawals or transfers from the account, according to Gordon, and would consider legal action if the funds are not recovered.

Bolt's agent, Ricky Simms, confirmed to CNN that an investigation into alleged fraudulent activity at SSL was underway, but added that he could not confirm how much money was missing from Bolt's account.

CNN has contacted SSL for comment but did not receive a response.

In a press conference on Wednesday, Everton McFarlane, executive director at the FSC, told reporters that the fraud was allegedly committed by a client relationship manager at SSL.

"To the knowledge of the FSC, this level of fraud has never happened before," said McFarlane.

"Employee theft is a risk all businesses face and is a risk that businesses for the most part, and in particular financial institutions, take very seriously ... This despicable act of dishonesty by an employee at SSL, and possibly with collaborators, we believe cannot be taken as symptomatic of the risk for the entire industry."

According to Reuters, SSL issued a statement on January 12 saying it had become aware of fraudulent activity by a former employee and referred the matter to law enforcement.

CNN has contacted SSL for comment but did not receive a response.