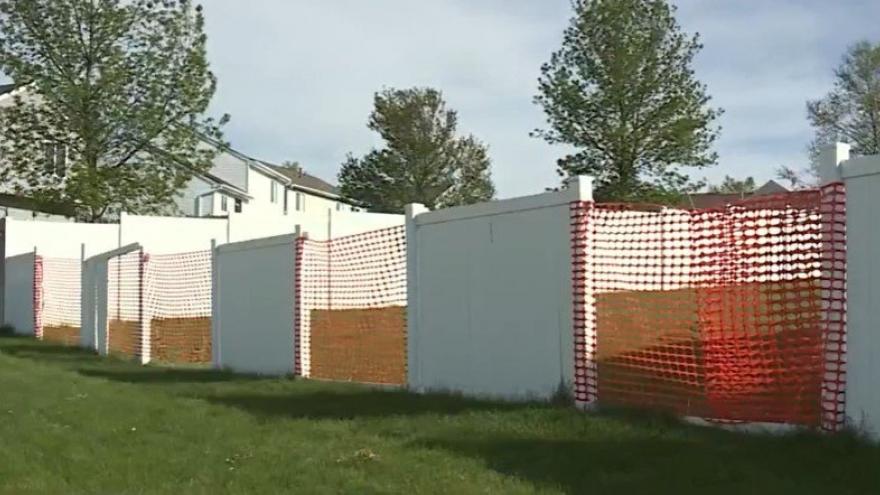 Homeowners said the prank will cost more than money.

The Sarpy County Sheriff's Office said this is one of eight homes hit overnight Monday into Tuesday.

It's a popular social media challenge, but they say this is no joke.

A group of people get out, line up and run through the fence, breaking it apart into multiple pieces.

They run back to their cars and take off.

"I just thought maybe it was some wind damage but when we saw for the first time I was just blown away knowing full well it was absolutely vandalism,” said Robert McWilliams.

McWilliams owns the home and rents it out to a family.

"Because those particular panels are no longer available we'll have to replace everything and of course, with the supply chain shortage it might be a while before we get it up,” McWilliams said.

But that's not all. Losing that fence means his tenants lose something very important: a safe place for their special needs child to play.

“Our tenant who has four small children, one of which is special needs, wants to have something up right now, so we spent this morning putting up a temporary fence just so they'd have security for their child,” McWilliams said.

The Sarpy County Sheriff's Office said it's one of eight homes hit near the Chalco Hills Recreation Area.

They think it's young people pulling a social media prank.

"There's about eight of them and they line up and charge through the fence. They call it the Kool-Aid Man challenge," said Lt. James Wrigley, with the Sarpy County Sheriff's Office.

But it's no joke and could come with a criminal mischief charge.

"Be aware of the group mentality, a lot of times they're hanging out in these groups and one of them gets the idea, or sees the challenge on their phone and social media and says, ‘Hey, I have a good idea,’ which is not a good idea. It’s really hard in that group to stand up and say, ‘let’s not do that,’ but that’s really what we need," Wrigley said.

It's anonymous and you could get cash for a tip that leads police to those responsible.