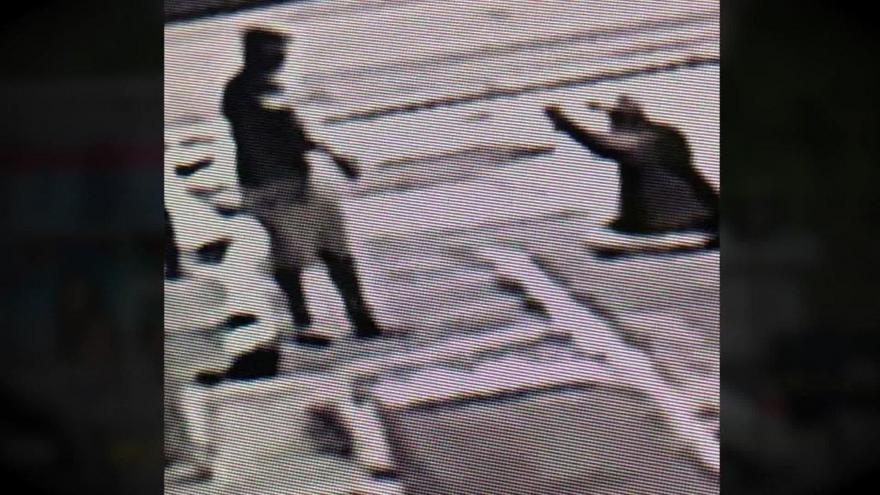 The man who fatally shot Markeis McGlockton in a controversial "stand your ground case" was found guilty by a jury Friday night, and McGlockton's family says they can now begin to heal.

(CNN) -- The man who fatally shot Markeis McGlockton in a controversial "stand your ground case" was found guilty by a jury Friday night, and McGlockton's family says they can now begin to heal.

After six hours of deliberation, a jury found Michael Drejka guilty of manslaughter for shooting unarmed McGlockton in Florida last summer over a handicapped-accessible parking space.

"It's been well over a year since we've been dealing with this matter, and I can safely say my family can rest now," McGlockton's father, Michael McGlockton, told reporters. "Now we can start putting the pieces back together and move on."

"Far too often the criminal justice system fails us by allowing people who take the lives of unarmed black people to walk free as though their lives meant nothing. We are hopeful that this conviction will be a brick in the road to changing the culture of racism here in Florida," McGlockton's mother, Monica Robinson, said in a statement.

Britany Jacobs, the mother of McGlockton's four children, said Saturday that she is thankful prosecutors got justice for McGlockton.

"I went home last night. I woke up little Markeis and I said, 'Baby we got justice for Daddy.' And he said, 'Mommy, that's good.' "

Drejka argued that the incident was a justifiable homicide according to Florida's "stand your ground" law, a claim that renewed a national debate on the controversial law.

After five days in court, the jurors were presented with closing arguments: the prosecution presented Drejka, who did not take the stand, as an armed vigilante and the defense portrayed him as a man who feared for his life.

The six-hour deliberations were paused briefly around 9:30 p.m. when jurors asked for clarification on the instructions for deciding guilt or innocence, a confusion Drejka's attorney's told reporters is unsurprising given the complicated nature of the "stand your ground" law.

About 30 minutes after the pause, the jury brought back a guilty verdict.

McGlockton's family wept during the verdict. Drejka at first had no reaction but then started wiping his face as the judge spoke to the jury.

The case began in July 2018 when Jacobs, McGlockton's 24-year-old girlfriend, parked in a handicapped-accessible space at the Circle A Food Store in Clearwater, according to a news release from the Pinellas County Sheriff's Office.

Drejka, then 47, got into an argument with Jacobs over the spot while McGlockton and their 5-year-old son were in the car. McGlockton got out of the car, walked over and pushed Drejka.

Surveillance footage shows Drejka on the ground pulling out a gun and shooting McGlockton as he started to move away. Drejka argued that he saw McGlockton moving toward him and thought McGlockton was going to kick and beat him.

"If he was going to hit me that hard to begin with, a blind side from the get-go, what else should I expect?" Drejka said in his police interview.

Police questioned him several times on the discrepancy between the video and his statements that McGlockton took steps toward him.

"I shoot to save my own ass, and that's that," Drejka said.

Drejka was not immediately arrested. He had a concealed weapons license and appeared to have immunity under the "stand your ground" law, the Pinellas County Sheriff said.

A month later, the state attorney charged him with manslaughter.

Scott Rosenwasser for the state argued the case was the killing of a man who came out to protect his girlfriend from a self-proclaimed "parking lot vigilante" with a "pet peeve" about enforcing handicap parking rules.

"You know what Markeis McGlockton is guilty of? He is guilty of loving and trying to protect his family and he died because of it," Rosenwasser said.

John Trevena with the defense painted Drejka as the man seeking protection.

"Mr. Drejka thought the danger was real," he argued. "This large man pushed him to the ground. The threat was real."

Had Drejka not pulled his weapon, he could have died, the defense attorney said.

Drejka's attorney's told reporters after the verdict that they did not take the case as a political statement, but instead to give everyone the best defense possible as they were taught everyone is entitled to.

The McGlockton's family attorney Michele Rayner-Goolsby told reporters that the "stand your ground" statute constitutes legalized murder and that people are done seeing black people killed by "vigilantes" with guns.

Thursday also featured testimony from a pathologist who examined McGlockton.

A forensic pathologist testified that McGlockton had MDMA, also known as ecstasy, in his system when he died.

Bruce Goldberger, a toxicology expert for the prosecution, said that MDMA is a social drug and causes empathy and euphoria. He testified it does not cause aggressiveness or impulsiveness.

Defense witness Daniel Buffington, a clinical toxicologist expert, said the amount of MDMA found in McGlockton's body was "significantly higher" than in a clinical setting.

Buffington, an associate professor at the University of South Florida's pharmacy department, said the drug causes confusion and aggression and had adverse effects on how McGlockton acted.

Rosenwasser sought to challenge Buffington's opinion about MDMA during cross-examination. He asked whether Buffington would agree that euphoria is one of the most common results.

"Yes, followed by depression and other neurobiological side effects," Buffington said.

Rosenwasser pointed to an article Buffington used as basis for his opinion, which said the drug most frequently produces euphoria and empathy.

"I'm not saying those don't happen. I'm saying that there's no predictability that that's going to be the outcome you achieve," Buffington said.