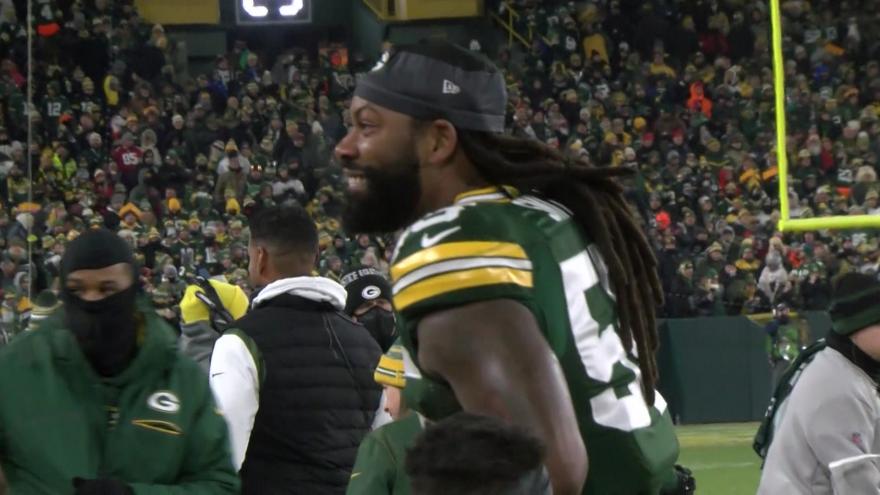 Smith gets a three-year deal worth $42 million with incentives that can push the value to $47 million.

He gives the Vikings a pass-rushing boost after being released by the rival Packers last week.

He played in only one game last season because of a back injury.

(AP) -- Former Green Bay outside linebacker Za'Darius Smith has been in Minnesota for a free agent visit with the Vikings.

Smith was released by the Packers a week ago.

His 2021 season was ruined by a back injury. He played in only one game.

The Vikings could use another proven pass rusher but lack salary cap space.

Smith made the Pro Bowl in each of his first two years with the Packers while totaling 26 sacks in 32 games.

His defensive coordinator those seasons was Mike Pettine. He is the assistant head coach for the Vikings.