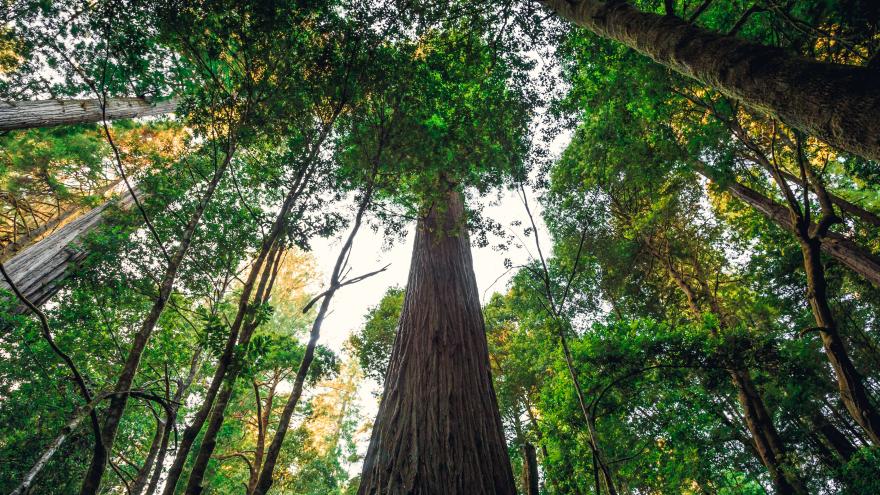 California's Redwood National Park issued a statement last week that anyone who is caught near the tree can face up to six months in jail and a $5,000 fine.

The tree, which is deep in the park and has no trails leading to it, has faced serious environmental degradation from thrill-seekers who have visited since 2006, when it was found by a pair of naturalists.

The coast redwood (sequoia sempervirens) tree is 115.92 meters (380 feet) tall and its name is derived from Greek mythology -- Hyperion was one of the Titans and the father of sun god Helios and moon goddess Selene.

"Hyperion is located off trail through dense vegetation and requires heavy 'bushwhacking' in order to reach the tree," reads a statement on the national park's website.

"Despite the difficult journey, increased popularity due to bloggers, travel writers, and websites of this off-trail tree has resulted in the devastation of the habitat surrounding Hyperion," the statement says. "As a visitor, you must decide if you will be part of the preservation of this unique landscape - or will you be part of its destruction?"

Leonel Arguello, the park's Chief of Natural Resources, told news site San Francisco Gate that the area has limited cellphone and GPS service, which means it can be very challenging to rescue any lost or injured hikers in the area.

In addition to erosion and damage caused at the base of the tree, there are secondary issues that come from an influx of people.

"There was trash, and people were creating even more side trails to use the bathroom. They leave used toilet paper and human waste -- it's not a good thing," Arguello said.

Human visitors are not the only risk to these giant trees.

Wildfires are a growing concern throughout California's national parks.

In 2021, officials at Sequoia and Kings Canyon National Parks took extreme measures to protect some of the world's biggest trees from fire.

General Sherman, considered the world's largest tree -- determined by density not height, as it is shorter than Hyperion -- was wrapped in an "aluminum-based burn-resistant material" akin to tinfoil as a way to keep it safe during the devastating KNP Complex Fire.