Washington digs out after record-breaking weather leads to 38 avalanches 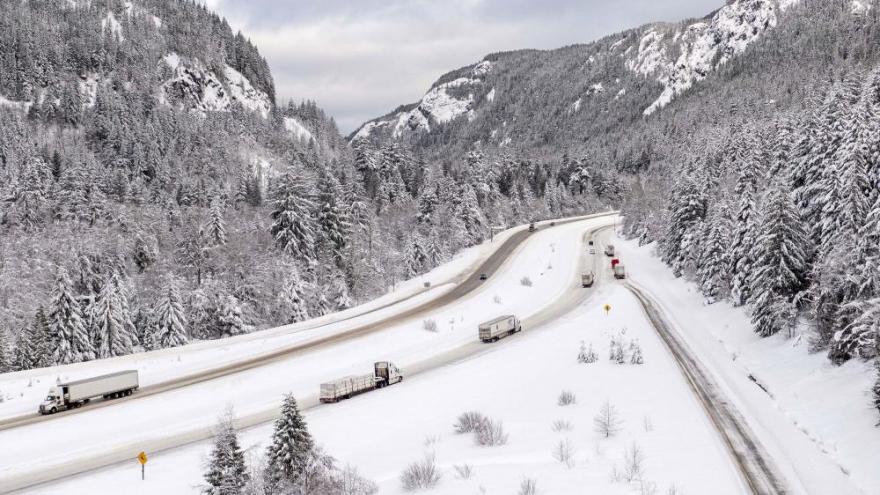 Interstate 90, seen here near Snoqualmie Pass on Tuesday, will probably remain closed until Sunday, according to the state's department of transportation.

(CNN) -- Washington is finally getting a break Saturday from record-breaking rain and snow, with rivers expected to ebb and flood waters recede, as the state works to deal with the aftermath of weeks of storms.

The state's department of transportation was making progress Friday in clearing roadways after 38 avalanches came down onto the highway in and around Snoqualmie, just outside Seattle, but "the passes are unlikely to open before Sunday," the department said in a tweet Friday night.

The Snoqualmie, Stevens, White and Blewett passes -- major routes that connect the western and eastern parts of the state -- will likely remain closed until at least Sunday, according to the department.

"Crews are working hard & progress is being made, but there is still a lot of work to go," WSDOT said.

The state has been dealing with bad weather for weeks. Gov. Jay Inslee declared a state of emergency on Friday after "a series of severe winter storms" that started December 17, caused flooding, evacuations and road closures.

State agencies and local officials are "coordinating resources to address damaged property and infrastructure, assess damage caused by the storms, and implement repairs," the declaration said.

Several cities broke rainfall records Thursday, the National Weather Service said, and Snoqualmie Pass as of Thursday had almost twice as much snow this season than the five-year average season, according to the Snoqualmie Pass Twitter account.

One man is missing and presumed dead after he tried to move his car from rising flood waters, the Grays Harbor Sheriff's Office said in a news release Friday.

The sheriff's office will keep searching for the man as water in the area recedes, the release said.

State Route 109 in Grays Harbor County was still closed Saturday morning, according to a tweet by the state department of transportation.

In Seattle, a landslide trapped a man inside his house after it slid as much as 20 feet off its foundation, the Seattle Fire Department said Friday.