Weapon in deadly 'Rust' film set shooting could not be fired without pulling the trigger, FBI forensic testing finds 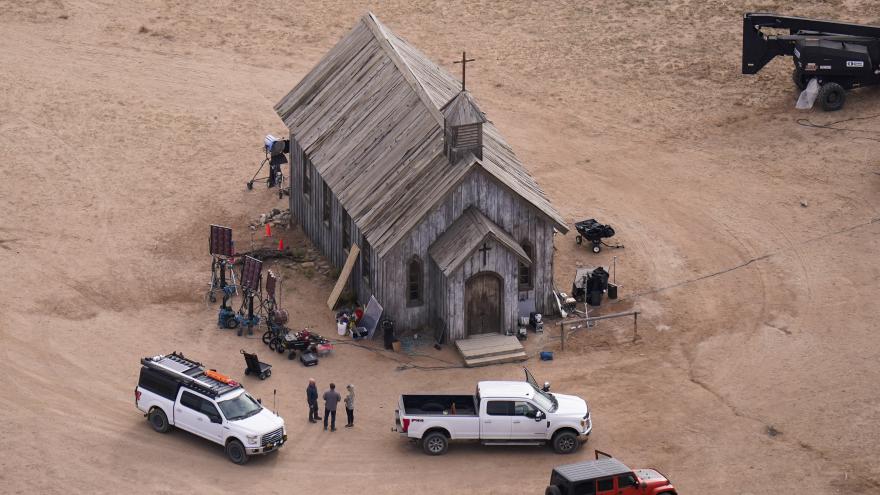 (CNN) -- FBI testing of the gun used in the fatal shooting on the movie set of "Rust" found that the weapon handled by actor Alec Baldwin could not be fired without pulling the trigger while the gun was cocked, according to a newly released forensics report.

Baldwin had the gun while rehearsing a scene of the Western film at the Bonanza Creek Ranch in New Mexico in October when a shot fired, killing cinematographer Halyna Hutchins and injuring director Joel Souza.

In December, Baldwin told ABC News he never pulled the trigger of the gun that shot Hutchins. "The trigger wasn't pulled. I didn't pull the trigger," Baldwin said.

An attorney for the actor told CNN on Sunday the FBI report "is being misconstrued."

"The gun fired in testing only one time -- without having to pull the trigger -- when the hammer was pulled back and the gun broke in two different places," attorney Luke Nikas said in an email to CNN. "The FBI was unable to fire the gun in any prior test, even when pulling the trigger, because it was in such poor condition."

"The critical report is the one from the medical examiner, who concluded that this was a tragic accident," Nikas said. "This is the third time the New Mexico authorities have found that Alec Baldwin had no authority or knowledge of the allegedly unsafe conditions on the set, that he was told by the person in charge of safety on the set that the gun was 'cold,' and believed the gun was safe," Nikas told CNN.

"Review of available law enforcement reports showed no compelling demonstration that the firearm was intentionally loaded with live ammunition on set. Based on all available information, including the absence of obvious intent to cause harm or death, the manner of death is best classified as accident," the report concluded.

Baldwin, in the ABC News interview, also described cocking the gun as he talked through the scene with Hutchins. "So then I said to her, 'Now in this scene, I'm going to the gun.' And I said, 'Do you want to see that?' And she said, 'Yes.' So I take the gun and I start to cock the gun. I'm not going to pull the trigger."

Cocking a revolver pistol like the one used on the movie set involves pulling the hammer of the gun back to prepare the weapon to fire. When the hammer of the gun is released forward with enough force -- as happens when the trigger is pressed -- it strikes the primer of a round of ammunition causing the gun to fire.

The FBI forensic report was handed over to the Santa Fe County Sheriff's Office as part of the ongoing investigation into the fatal on-set shooting.

FBI examiners observed an internal malfunction of the gun during testing at the fully cocked position, with the report noting "portions of the trigger sear and cylinder stop fractured while the hammer was struck."

The FBI report noted the limitations of the forensics testing, saying "it may not be possible to recreate or duplicate all of the circumstances which led to the discharge of a firearm without a pull of the trigger."

An attorney representing Hannah Gutierrez Reed, who served as the armorer and props assistant on the film, said the forensics report indicated "Baldwin had to have pulled the trigger to fire the revolver" and that the 24-year-old was being used as a "scapegoat."

Part of the Santa Fe County police investigation focuses on how a live round of ammunition may have made it onto the movie set.

In April, Rust Movie Productions, LLC was fined nearly $137,000 and cited for having a culture of "plain indifference to employee safety" on set, according to a report from New Mexico Environment Department's Occupational Health & Safety Bureau.