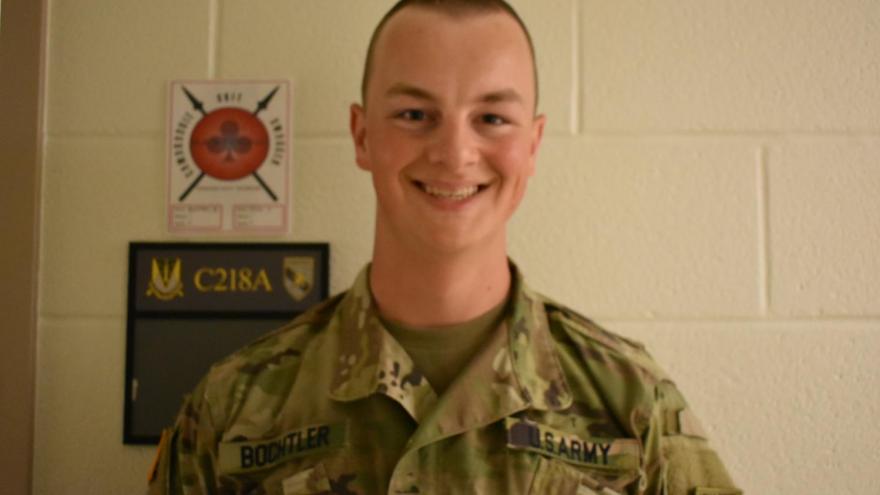 (CNN) -- A West Point cadet candidate is dead after he fell from a ledge at a popular cliff-diving site in the Catskill Mountains of upstate New York.

Benjamin K. Bochtler, 20, a student at the United States Military Academy Preparatory School in West Point, New York, died Saturday when a rock ledge from which he was hanging gave way, according to New York State Police.

The accident took place at Fawn's Leap, a known cliff-diving spot along Kaaterskill Creek in Hunter, police said in a statement. Lifesaving measures at the scene were unsuccessful, police said.

"Cadet Candidate Bochtler had an incredible smile and infectious positive attitude," Colonel Joshua Higgins, commandant of the school, said in a statement. "He was everyone's friend."

Higgins added that Bochtler, a combat veteran, served as "a tremendous example" to his fellow cadet candidates.

"His warm personality and that big smile made a lasting impact on everyone at USMAPS," Higgins said.

According to West Point, Bochtler was a Nebraska native who enlisted in the Army as a drone operator in 2016. He was deployed to Afghanistan as part of the 299th Brigade Engineer Battalion from April 2018 to January 2019.

Roughly 70 miles north of West Point, Fawn's Leap is one of several popular swimming holes along Kaaterskill Creek in the Catskill region of the state. Last year, the New York Times noted that six people had died in the previous decade just upstream at Kaaterskill Falls.

Information on funeral arrangements for Bochtler were not available Monday, the United States Military Academy said.