What a recession could mean for you 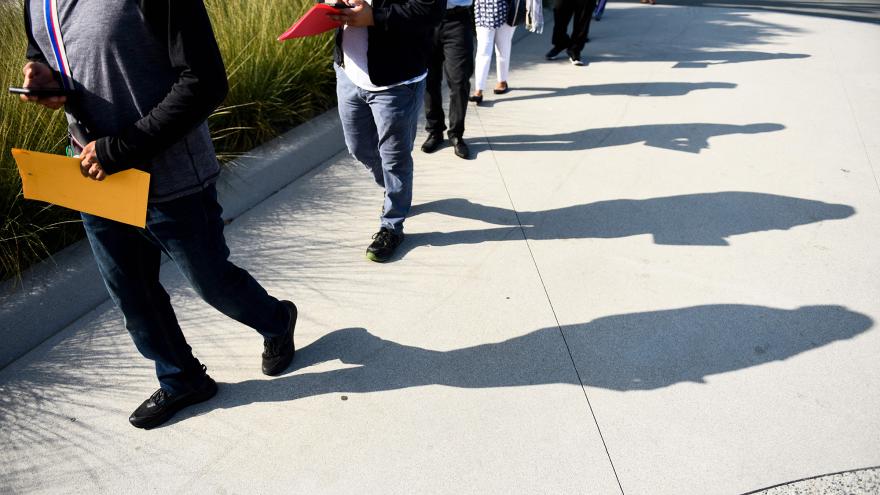 (CNN) -- Will there be a recession? And, if so, just how bad will it be for my finances?

Those questions are looming large for Americans after the Federal Reserve yet again raised rates to combat high inflation, and the latest gross domestic product report showed that the economy slowed for the second quarter in a row. But at the same time, the job and housing markets are still going strong, though they've cooled a bit.

That's created a lot of mixed signals. The White House and other government leaders are saying the economy remains healthy. But several economists say there's a good chance a recession will occur in the comingmonths -- if onehasn't started already.

Should there be a recession, here's how it may affect your finances and what steps you can take to protect yourself.

Over the past two years, the pandemic-induced worker shortage -- coupled with a structural shortage in which fewer younger workers are replacing retiring workers -- has given employees a lot of negotiating power.

Consequently, unemployment and job cuts have been at or near historic lows.

"We've been in a period of extremely low layoffs and a labor shortage. Companies have been reticent to let go of anybody," said Andrew Challenger, senior vice president of global outplacement firm Challenger Gray & Christmas.

That is starting to change, Challenger said. Layoffs have been ticking up in some industries, such as mortgage banking, fintech, construction and autos.

If a recession hits, layoffs are likely to be higher and more widespread. And employers may pull back on hiring.

But not everyone will be at equal risk. If your role is in high demand -- whether as a frontline worker, an IT engineer or a top-level executive -- chances are you will be most likely to get a job, keep a job and even see raises and bonuses along the way.

Buying and selling a home will be different

The housing marketisn't likely to be as hard hit by a recession as it was in, say, the 2007-2009 Great Recession, which was caused by a housing and credit crisis.

That doesn't mean the market won't be affected at all, though, especially if layoffs pick up, said Mike Fratantoni, chief economist of the Mortgage Bankers Association.

But after two years of double-digit price growth and wild bidding wars, thehome sales are slowly starting to revert to a more normal pace thanks to rising mortgagerates, which make homes less affordable for buyers.

Looking ahead, Fratantoni said, "we expect the unemployment rate to go up a small to medium amount, which coupled with affordability challenges, will lower demand [for homes]."

That means home sellers will no longer be able to price their properties 15% higher than what their neighbor's house just sold for. They should prepare to accept buyer contingencies in home offers. And they should expect that their house will take longer to sell.

Oh, and appearances will matter again.

"Tidy up a bit to get it ready to list. ... We'll be back to a place where it matters if your home is in good shape," Fratantoni said.

For homebuyers, relative to the crushing frustrations of the past few years, "it will be a much better experience," he noted. While it will become increasingly expensive to take out a mortgage as rates rise, buyers will face less competition for each property. And when it comes to deciding whether to put in an offer, "they may have a couple of days to think about it instead of hours," Fratantoni said.

Ways to buffer yourself now

While you can't control the economic cycle, you can take some steps to mitigate the potential negative effects a recession might have on you.

For dual-earner households he recommends six months, since it's less likely both earners will be laid off.

If you don't have that much now, cut out some non-essential expenses and add the money you would have spent to the kitty.

And if you own your home, consider getting a home equity line of credit before rates rise again, since it can help supplement your emergency reserves so long as you can resist tapping it for anything else, Lima said.

Stress test your financial plan: Should there be a recession, you may come out of it unscathed. But you can't assume that in advance. What you can do is figure out what resources you have to handle a worst-case scenario, such as job loss or illness, Lima said.

"If you have no work for a year what does that look like? What are your contingency plans?... Now is the time to think about 'What do I do?'" he said.

Improve your odds of staying employed: You may not be that highly sought after cybersecurity specialist that every Fortune 500 company wants. But if you make yourself indispensable at your current job -- perhaps by taking on extra assignments -- you may reduce your chances of getting laid off if it comes to that.

Or, you might consider a new role that is less susceptible to layoffs when the economy is contracting. "If your job is in an industry or occupation where the revenue depends on buyers with the discretion to postpone their purchases, start job hunting immediately for positions where that's not the case," said Lakshman Achuthan, co-founder of the Economic Cycle Research Institute, who thinks there's a real risk a recession may be longer and deeper than most expect.

The idea is to protect yourself in case demand drops off in the coming months.

"This could mean [negotiating] more flexible payment terms with vendors," Johnston said. Or, it could mean avoiding a long-term commitment to new expenses. So instead of buying new equipment or hiring a full-timestaffer to take advantage of a new business opportunity today, consider renting the equipment or bringing someone in as a contractor.

"If you're not sure how strong the economy will be in a few months... look at temporary forms of expansion rather than permanent ones," Johnston said.