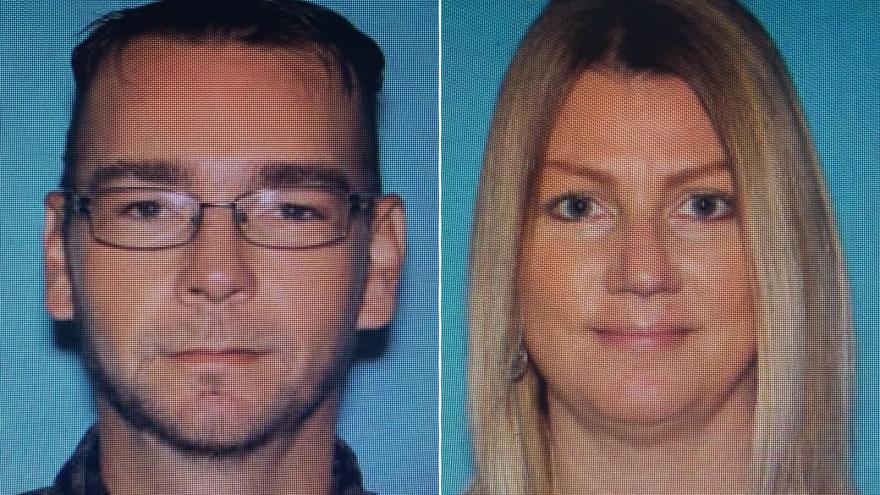 James and Jennifer Crumbley, the parents of accused Oxford High School shooter Ethan Crumbley, have each been charged with four counts of homicide involuntary manslaughter.

(CNN) -- The parents of the suspect in a shooting at Oxford High School in Michigan that left four students dead this week are facing involuntary manslaughter charges in those deaths.

Legal experts were quick to point out that such charges are far from the norm -- it is James and Jennifer Crumbley's 15-year-old son, Ethan, who is accused of pulling the trigger and killing four of his fellow high school students.

"It's exceptionally unusual," said Cassandra Crifasi, deputy director of Johns Hopkins Center for Gun Violence and Research. "We rarely hold people accountable for giving someone a gun who shouldn't have one."

But it's the alleged egregiousness of the couple's behavior that appears to have led to the charges.

Oakland County Prosecutor Karen McDonald on Friday laid out a timeline of chilling events in the days leading up to the shooting, from James Crumbley purchasing the 9 mm Sig Sauer SP2022 semi-automatic pistol just days before it was allegedly used in the shooting, and Jennifer Crumbley posting on social media it was a Christmas present for Ethan.

The day of the shooting, a teacher noticed a disturbing drawing Ethan had made, including "a drawing of a semiautomatic handgun pointing at the words 'the thoughts won't stop help me,'" and a drawing of a bullet with "blood everywhere" written above it, McDonald said.

Then, when called in to the school's office and ordered to get counseling for their son, the couple did not try to determine the whereabouts of the gun, or whether their son had it with him that day, the prosecutor said. The parents "resisted" taking Ethan from school that day, and he returned to class.

An investigation found the gun was stored in an unlocked drawer in the parents' bedroom, McDonald said.

"They didn't even disclose it at that moment or check to see if their son had that weapon, or go right home and look to see where the weapon was.... We know that because right after the public being notified about an active shooter, Dad drives to his house, and it was for one reason: to look for that weapon. And finds it missing, and then makes a 911 call and says this gun is missing, and I think my son is the shooter," McDonald later told CNN's Anderson Cooper.

She added that the terrorism charge in Michigan requires an act against a community, not a government.

"We also need to respect the hundreds of students that were in that school that day, running for their lives out of the building, hiding underneath desks, in bathroom stalls, and sending messages. I've had an opportunity to look at some of the messages... those kids were sending their parents, and I can't even imagine what that must have been like. Receiving a text that your teenager is saying 'I love you so much, I think I'm going to be killed.' What charge addresses that? And the answer is the terrorism charge. I think it's appropriate." McDonald added.

"These are extraordinary charges," said CNN legal analyst Areva Martin. "We know that prosecutors have been reluctant to charge parents in these school shooting cases, even though in some cases, like the Crumbley cases today, parents seem to have some responsibility."

Their defense attorneys will have to "show that these parents acted responsibly," Martin said, adding it is "an uphill battle for this defense team."

There are no safe gun storage laws in Michigan, the prosecutor said. "We are not legally required to store your weapon in a safe manner," she said.

That could be a stumbling point for the prosecution, Charles Coleman Jr., a former prosecutor, told CNN's Jake Tapper.

"Quite frankly, I don't think that the prosecution is going to have a strong case with them regarding any of the gun possession laws in and of themselves, at least not against the parents."

But because the involuntary charges don't require intent, "I think the prosecution stands to make some ground and get some traction," with those charges, Coleman said.

After the school notified the parents Ethan Crumbley had been searching online for ammunition the day before the shooting, Jennifer Crumbley texted her son: "LOL I'm not mad at you. You have to learn not to get caught," McDonald said Friday.

Such texts and ignoring other red flags can "ultimately be seen as aiding and abetting the final outcome, which is why I think these involuntary charges are going to stick," Coleman said. "But I don't see very much coming from any sort of gun possession charges in this case."

Crifasi welcomed the move to charge the parents.

"It was good to see officials in Michigan decide to hold these parents accountable. We should be doing it every time someone uses a gun, especially in cases when the perpetrator is someone who can't legally buy a gun on their own," Crifasi said.

McDonald said she is not advocating for every parent in active shooter cases to be prosecuted.

"I have tremendous compassion and empathy for parents who have children who are struggling and at risk, for whatever reason, and I am by no means saying that an active shooter situation should always result in a criminal prosecution against parents. But the facts of this case are so egregious," McDonald said.

"The notion that a parent could read those words and also know that their son had access to a deadly weapon that they gave him is unconscionable, and I think it's criminal," the prosecutor said.

With the charges comes hope for change amid all the carnage and the heartache, Crifasi said.

"Hopefully, this can be a wake-up call for folks about the importance of responsible and safe gun storage and use, and that more people will take seriously the potential harms that are associated with giving people access to them who shouldn't have them," she said.

The other uncommon charge in the case against Ethan Crumbley is one count of terrorism causing death. McDonald said at a news conference Wednesday afternoon the alleged actions by the suspect fulfill the requirements for a terrorism charge.

"I don't think it would be moral not to include that charge," McDonald told CNN's Wolf Blitzer Friday. "If we're really going to solve this, if we really want to make sure it doesn't happen again, we have to do things a little different."

"There is no playbook about how to prosecute a school shooting and candidly, I wish I'd never even had -- it didn't occur, so I wouldn't have to consider it, but when we sat down, I wanted to make sure all of the victims were represented in the charges that we filed against this individual," McDonald told CNN. "If that's not terrorism, I don't know what is."