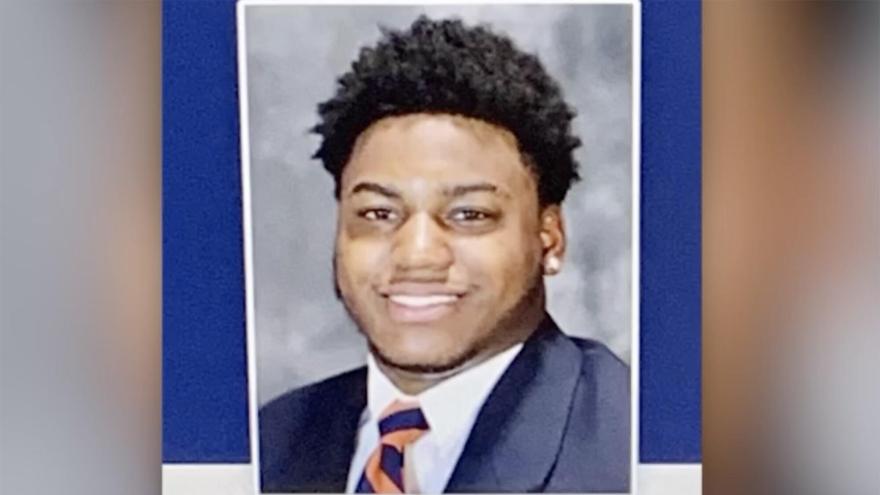 Christopher Darnell Jones Jr., the 22-year-old suspect accused of killing three football players and wounding two other people, had prior contact with campus officials about a gun.

Jones and the victims had just returned from a school field trip in Washington, DC, late Sunday when the victims were gunned down on and near a bus on the Charlottesville campus, officials said.

Now, with the suspect in custody, attention has turned to the school's past dealings with him -- including an investigation this fall into comments he made about having a gun.

On Wednesday, a gun shop owner said Jones had twice tried to buy a gun -- once failing a background check -- before buying a handgun and a rifle in separate purchases this year.

The suspect 'repeatedly refused to cooperate' in a gun-related probe

Jones was the subject of a pending case with the university's judicial council when Sunday's shooting unfolded, officials said.

"On September 15, in the context of reviewing a potential hazing issue, UVA Student Affairs heard from a student that Mr. Jones made a comment to him about possessing a gun," university spokesman Brian Coy said.

That person "did not see Mr. Jones in possession of a gun," and the "comment about owning a gun was not made in conjunction with a threat," Coy said.

Throughout the investigation, Coy said, "Mr. Jones repeatedly refused to cooperate with University officials who were seeking additional information about the claims that he had a firearm and about his failure to disclose the previous misdemeanor conviction."

So on October 27, "the Threat Assessment Team escalated his case for disciplinary action," Coy said.

The school's judicial council took over the case, and the results are pending, UVA Police Chief Timothy Longo Sr. said.

Jones was also involved in a hazing investigation on campus that was closed because witnesses would not cooperate, Longo said.

The motive behind the killing of three UVA Cavaliers remains a mystery, the university's president said.

Jones was taken into custody Monday afternoon in Henrico County, about 80 miles east of Charlottesville, authorities said. His arrest ended an hours-long manhunt that prompted an overnight lockdown on UVA's campus, with about 500 people sheltering in classrooms and libraries, Longo said.

In 2018, Jones was a freshman running back but didn't play in any games, according to his biography on the athletics department website. A university spokesperson said he joined the team, but an old injury prevented him from practicing, and Jones went through rehabilitation and treatment. It was Jones' only season as part of the team.

His father, Chris Jones Sr., told CNN affiliate WTVR that his son was "real paranoid ... about something. He wouldn't tell me everything."

The father said his son visited him about a month ago and said some people were picking on him, and he didn't know how to handle it, Jones Sr. told WTVR. The father said he told his son to just go to class and ignore them.

The father said he couldn't believe what authorities said his son did and apologized for his alleged actions.

Jones went to Varina High School in Henrico County -- about 30 minutes from Petersburg -- for three years where he was a star football player, a member of the National Honor Society, president of the Key Club and student of the year as a freshman and sophomore, according to the UVA football website.

He played his senior season at Petersburg High School where he was honorable mention all-conference as a running back and linebacker.

There was "nothing noteworthy" about those purchases, Dance's Sporting Goods owner Marlon Dance said in an email.

But Jones tried to buy a handgun in 2018 before he turned 21 and was denied, Dance said. In 2021, he tried to buy a Smith & Wesson semiautomatic rifle but failed a background check, according to Dance.

"Jones DID NOT receive either of the firearms he attempted to purchase, and both attempted purchases were forwarded to the Virginia State Police for further action," Dance wrote.

CNN reached out to University of Virginia Police for comment on the investigation and the gun used in the shooting but has not head back.