What you need to know about Apple's iPhone 11 event 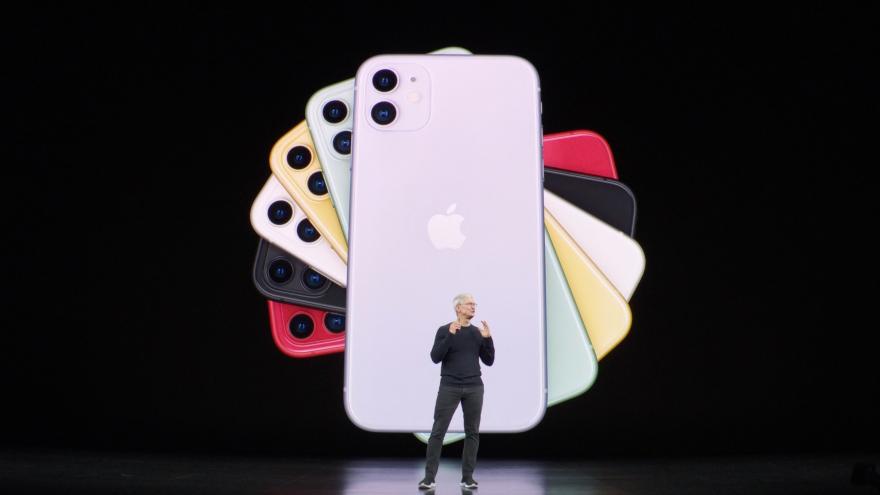 (CNN) -- Despite a year of slumping iPhone sales, Apple chose to largely stick to its smartphone playbook with new models announced at a closely watched press event on Tuesday.

In typical Apple fashion, the company played up improvements to the battery life, camera system and hardware under the hood of the new phones. But on the surface, the new iPhones do not look radically different than the previous year.

Apple CEO Tim Cook called the Pro models "the most powerful and most advanced iPhones we have ever built, with a stunning design." And the company is asking customers to pay up for them.

The decision to hold tight to these prices comes as Apple's iPhone business has experienced double-digit percentage sales declines in each of the last three quarters. The company is contending with consumers taking longer to upgrade and a trade war denting demand in China, once one of its most promising markets.

Perhaps in a nod to those market challenges, Apple did make some pricing tweaks. The iPhone 11, with a dual-camera system, will start at $699, slightly less than the $749 entry price for the previous year's iPhone XR.

The new iPhones will be available for pre-order on Friday and go on sale in stores on September 20.

In addition to the new iPhone lineup, Apple unveiled a new seventh generation iPad at the event Tuesday, with a larger 10.2-inch retina display and a price tag starting at $329. The previous model had a 9.7-inch screen.

The company also announced the Apple Watch Series 5, an updated version of its smartwatch with an always-on display. With this feature, the watch face is always visible, rather than requiring the user to raise his or her wrist. The Series 5 watch starts at $399, or $499 with cellular.

As with the iPhone 11, Apple appeared to bow to more price-conscious consumers by announcing that the Series 3 Apple Watch, an earlier version, will now retail for just $199.

In what could be a sign of Apple's shifting focus, the company kicked off its event by focusing on subscription services,a product area it is increasingly betting on to grow revenue and offset sales declines in its core iPhone business.

Apple unveiled pricing and additional details for Apple Arcade, its gaming subscription product, and Apple TV+, a new streaming service for original shows and movies. Apple Arcade and Apple TV+ will each cost $4.99 a month.

Woman hospitalized after being bit by a dog in St. Francis

What we know about the coronavirus cases in the US