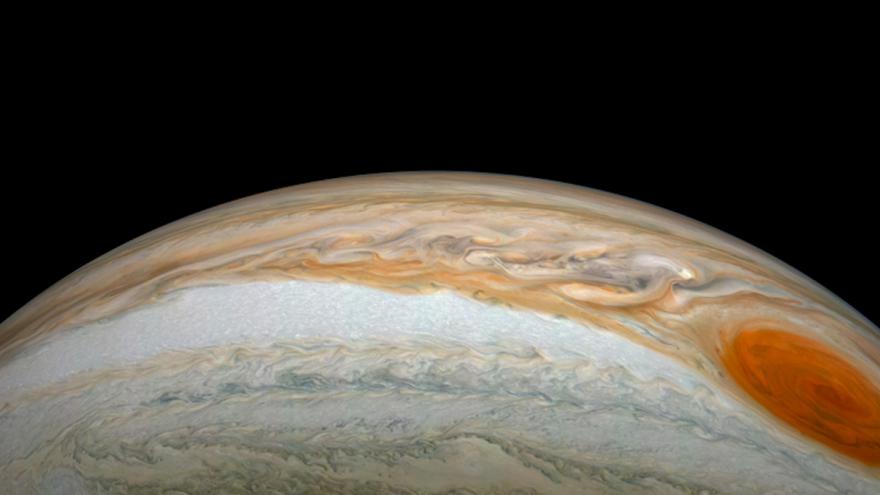 (CNN) -- Jupiter will make its closest approach to Earth in 59 years on Monday, September 26, according to NASA.

The largest planet in our solar system, the gas giant will be at opposition, meaning Earth is directly between it and the sun, said Trina L. Ray, deputy science manager for the Europa Clipper mission at NASA's Jet Propulsion Laboratory in Pasadena, California.

The space agency originally said Jupiter would be making its closest approach to Earth in 70 years, but corrected its statement after discovering the error, a NASA spokesperson said.

Jupiter is at opposition about every 13 months, the length of time the Earth takes to orbit the Sun in relation to Jupiter, according to EarthSky.

Neither Earth nor Jupiter orbits the sun in a perfect circle, which is what makes each opposition a slightly different distance, said Ray, who is also NASA's investigation scientist for the Radar for Europa Assessment and Sounding: Ocean to Near-surface, or REASON.

Jupiter will appear brighter and bigger in the sky, making the event a great opportunity to catch a glimpse, NASA said.

The gaseous planet will rise around sunset and look pearly white to the naked eye, said Patrick Hartigan, professor of physics and astronomy at Rice University in Houston.

With a pair of binoculars or a telescope, you will be able to see the planet's bands, according to NASA.

Stargazers may also be able to see three or four of Jupiter's moons, including Europa, Ray said.

"Since I am working on a spacecraft that we are going to send to the Jupiter system to explore Europa," she said, "I'm always excited to see Jupiter and even Europa with my own eyes."

For a precise time of when to look in the sky, use The Old Farmer's Almanac's visible planets calculator.

Saturn and Mars will also be visible, so try and spot those planets while viewing Jupiter's opposition, Hartigan said.

Three more full moons will occur this year, according to the Farmer's Almanac:

Native American tribes have different names for the full moons, such as the Cheyenne tribe's "drying grass moon" for the one happening in September, and the Arapaho tribe's "popping trees" for the full moon occurring in December.

The total lunar eclipse on November 8 can be seen in Asia, Australia, the Pacific, South America and North America between 3:02 and 8:56 a.m. ET. But for people in Eastern North America, the moon will be setting during that time.