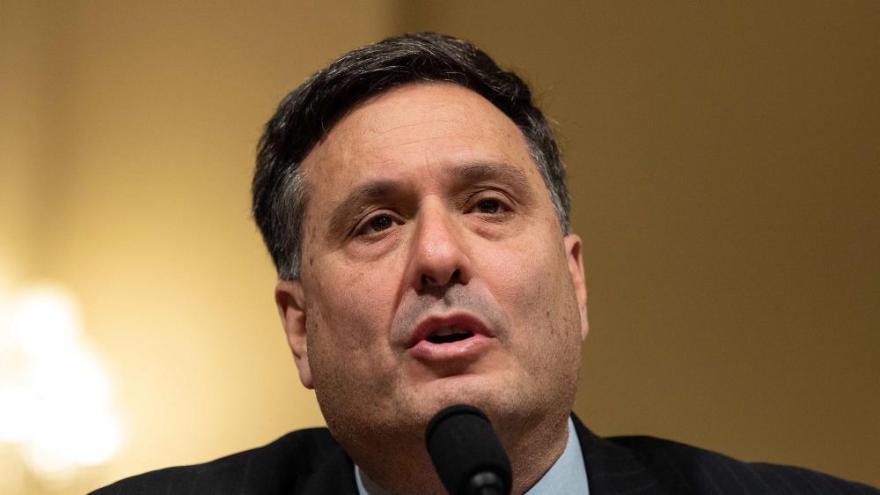 (CNN) -- White House chief of staff Ron Klain, the powerful force at the center of Joe Biden's first two years in office, is expected to step down in the weeks after the president's State of the Union address, according to multiple people familiar with his plans.

Klain's exact timeline is still not set, the sources said, and he is expected to stay in the West Wing for a period of time to help with the transition period for his replacement, one of the people said. The State of the Union address is set for February 7.

Klain's departure would come at a difficult time for Biden, with a special counsel investigating his handling of classified information after his time as vice president and with the administration and the president's family facing renewed scrutiny by the GOP-controlled US House of Representatives. An official familiar with Klain's plans said his decision to step down is not related to the investigation underway about classified documents found at Biden's private office and Delaware residence, with the decision being made before the special counsel was announced.

Biden has not settled on a choice for his next White House chief of staff and is discussing casting an even wider net for potential replacements, another official said. The president is known for being deliberative in making major decisions, particularly one as significant as a chief of staff, this official added.

Klain's expected departure has been widely discussed within and around the White House in recent weeks, though those discussions -- and the speculation about who would replace Klain -- has intensified in recent days. Those deliberations happened to coincide with the public disclosure of the misplaced classified documents, and multiple people familiar with the situation have said there has been sensitivity around avoiding the incorrect suggestion that Klain's eventual departure might somehow be tied to that development.

The New York Times was first to report on Klain's expected departure.

Klain has been mulling his exit since November's midterm elections, according to a person familiar with the matter, who said people inside the White House have watched closely for clues as to his intentions. Klain is known to email staff at all hours and even check on gas prices in the middle of the night -- a work pace that many of his colleagues viewed as unsustainable in the long run.

Klain himself has noted publicly -- and in a more detailed manner privately -- the grueling and exhausting nature of the position. But his deeply ingrained presence in nearly every aspect of the West Wing, along with his decadeslong relationship with Biden, had led some White House officials to urge him to stay in the role for an extended period of time.

Still, officials have been quietly weighing his potential replacements, with names including Steve Ricchetti, the counselor to the president and one of Biden's closest advisers for years; Agriculture Secretary Tom Vilsack; Labor Secretary Marty Walsh; Jeff Zients, the former Obama administration official who ran Biden's Covid-19 response operation; and Anita Dunn, the senior adviser who runs the White House communications and messaging operation, among others.

Dunn has said publicly she has no desire to serve in the role and has repeated that sentiment privately, officials said, though a person familiar said that Dunn has expressed interest in being the first female chief of staff.

Klain's departure could preface other shifts inside the West Wing, as senior staff either shift over to the expected reelection campaign or decide themselves to depart the administration after two years. A talent search process has been underway, led by Zients, to identify potential replacements for top posts.

On his departure, Klain will be among the longest-serving first-term chiefs of staff for a Democratic president in recent memory, a fact that hasn't been lost on people inside the White House.

It is difficult to overstate his intense involvement in every facet of major decisions made during Biden's first two years as president. During the first half of the administration, deliberations big and small -- and everything ranging from political to policy issues -- would not only have Klain's fingerprints but, most often, some level of his direct involvement. When lawmakers, political allies and policy advocates alike have been asked over the past two years who their direct contact was at the West Wing on any given issue, they have often been prone to respond with simply one word: "Ron."

The veteran political operative's tenure has been marked by a series of key legislative accomplishments for the White House, as well as his predilection for tweeting his opinions on a variety of topics at all hours of the day.

Klain's expected decision marks one of the first high-profile departures from an administration characterized by low turnover over its first two years.

Biden announced that Klain would serve in the top job on November 11, 2020, days after the presidential election.

On Friday, Klain commemorated the second anniversary of Biden's inauguration with a celebratory staff email, and cake.

"Today -- at the halfway point of this term for the President and Vice President -- we celebrate not only WHAT was accomplished, but HOW it was accomplished: through teamwork, collaboration, mutual respect, and a lot of hard work. This team did so many historic things, and did them in historic fashion, as part of the most diverse and most talented White House staff ever," Klain told White House aides in the email obtained by CNN.

Klain pointed to job and economic growth, stabilization of the pandemic, climate action, steps to combat racism and promote equity, and efforts to protect democracy in the US and abroad as examples of their successes.

"I am awestruck at what this team has done and how you have done it. So this afternoon I am treating everyone to cake to celebrate our success and all of your hard work," he said in the email.

Klain worked with Biden in the early 1990s as chief counsel for the Senate Judiciary Committee while the Delaware Democrat was the panel's chairman. Two years later, Klain led the team for President Bill Clinton that shepherded the late Supreme Court Justice Ruth Bader Ginsburg's confirmation.

He later became Vice President Al Gore's second-term chief of staff, and while he left in 1999 amid feuding between allies of Gore and Clinton, he returned to the Tennessee Democrat's presidential campaign a year later and became the general counsel for his recount effort ahead of what ultimately became George W. Bush's 537-vote victory in Florida in 2000, handing Republicans the White House.

Klain then worked as a lobbyist and political adviser and was involved in John Kerry's 2004 presidential campaign. He reprised his role as the vice president's chief of staff early in President Barack Obama's administration, working again for Biden.

He left the White House in 2011 to help lead an investment firm but returned in 2014, when Obama named him as his Ebola response coordinator, a skillset he used in overseeing the administration's Covid-19 pandemic response as Biden took office.

CORRECTION: An earlier version of this story misstated the date Joe Biden announced that Ron Klain would serve as his chief of staff. It was November 11, 2020.

This story and headline have been updated.