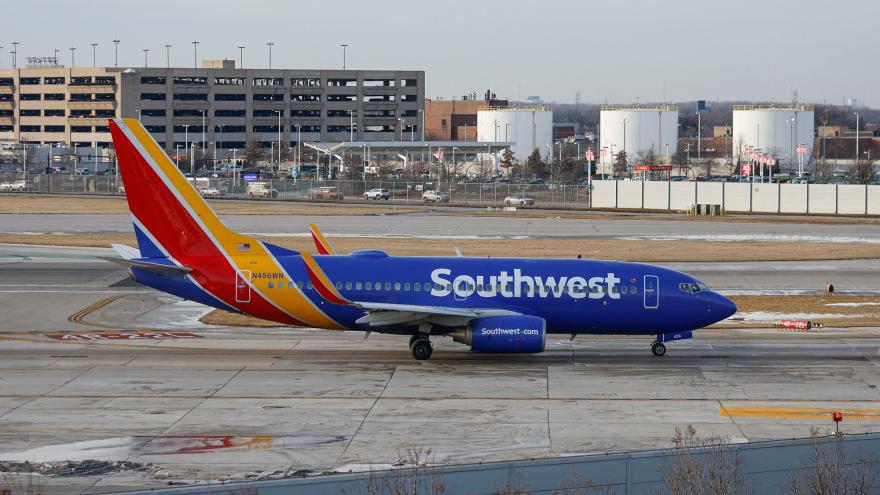 As of 10:30 am ET the cancellations had totaled 482 flights to, from or within the United States. About half of those — 235 — were Southwest flights.

One of the major reasons is a winter storm hitting the Midwest and heading towards the Northeast. Southwest has a strong presence in many of the cities affected, including Chicago, Indianapolis and Cleveland — with airports in those cities among those with the most canceled flights.

There was also bad weather in the South, including tornadoes Tuesday in Texas and Louisiana, but relatively few flights were canceled at southern airports.

It's a nightmare for affected travelers and Southwest alike, but it's nowhere near the magnitude of the problem the airline suffered during the December holiday period.

The 235 Southwest flights canceled Wednesday represent only about 6% of the airline's schedule. The service meltdown over the holidays forced Southwest to cancel roughly half — more than 16,700 — of its flights scheduled between December 21 and 29. During some of the days in that period the airline was forced to cancel nearly three-quarters of its flights. Southwest's antiquated crew scheduling system made the problem worse, leaving the airline the staffing it needed to handle flights.

Another advantage for the travelers affected Wednesday: January, by contrast, is one of the slowest travel periods of the year in the United States. The holiday cancellations, by contrast, took place when planes were filled and re-booking passengers proved very hard.

Southwest, which reports fourth-quarter financial results Thursday, has already announced that the December meltdown cost it between $725 million and $825 million and will cause it to post a loss for the full year.