Wisconsin judge mulls what constitutes an address for voting 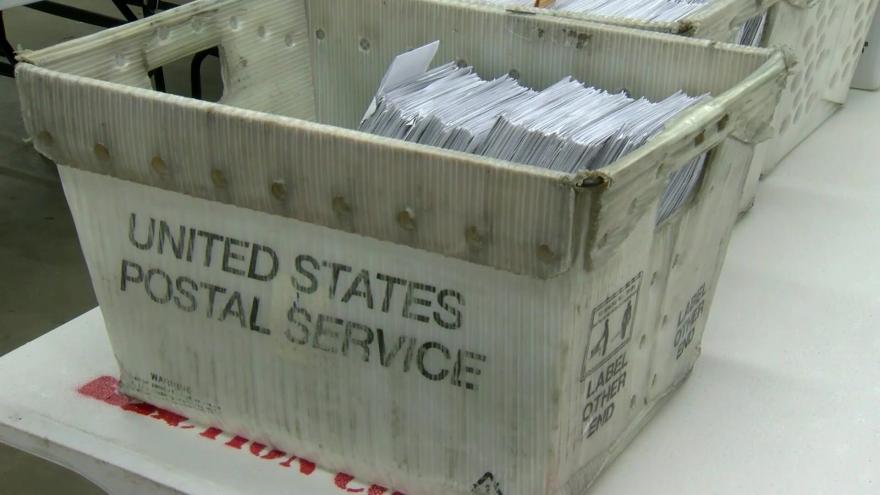 MADISON, Wis. (AP) — A Wisconsin judge considered Tuesday whether to make clear that local election officials can accept absentee ballots missing parts of a witness' address, the latest legal fight in the battleground state where Republicans oppose the acceptance of partial addresses.

The case was brought by the League of Women Voters of Wisconsin last fall, weeks before the midterm election. The crux of the lawsuit, and another similar pending case, rests with how much of a witness address needs to be present in order for an absentee ballot to count.

Wisconsin law says if the witness address is missing, the ballot can't be counted. But state law does not define what constitutes missing. The bipartisan Wisconsin Elections Commission hasn't said what constitutes a missing address. But it has issued guidance on what constitutes an address, saying it must contain three elements: a street number, street name and municipality.

"There's no definition of missing out there, which means (the election commission) is failing the clerks, it's failing the people of Wisconsin by not determining what it should mean for purposes of ballot counting," argued Dan Lenz, an attorney for the League of Women Voters.

The Republican-controlled Legislature argues that an address is "missing" if any one of those three elements is not present. The League of Women Voters asserts that only ballots completely missing an address, not just one part of it, should not count. The league argues that the state's 1,800-plus local election clerks are making different decisions about what constitutes an address, adding that could lead to ballots being tossed in one place while being counted in another.

The Legislature asked the judge to dismiss the claim seeking a court order defining what constitutes a missing address. The Legislature argues that local elections clerks, not the state elections commission, should have been the ones sued.

In 2016, the elections commission said that local election clerks could fill in missing information address information to ensure the ballots are counted. But a judge in September sided with Republicans and ruled that election clerks aren't allowed to fill in missing information. Waukesha County Circuit Judge Michael Aprahamian did not rule on what constitutes an address, leading to the League of Women Voters lawsuit.

The league is represented by Fair Elections Center and Law Forward, law firms that have represented liberal groups suing over voting rights in Wisconsin.

Trammell and another Dane County judge refused to take emergency action in the weeks leading up to the November election to clarify the absentee ballot address issue, saying it would cause confusing heading into the election.

A similar lawsuit is pending, brought by the liberal group Rise Inc., which encourages students to vote. The suit seeks a ruling that partial addresses must be accepted on absentee ballots.

Very few ballots are returned in Wisconsin with missing or incomplete witness addresses.

The Legislative Audit Bureau in 2021 reviewed nearly 15,000 absentee ballot envelopes from the 2020 election across 29 municipalities and found that 1,022, or about 7%, were missing parts of their witness addresses. Only 15 ballots, or 0.1%, had no witness address.