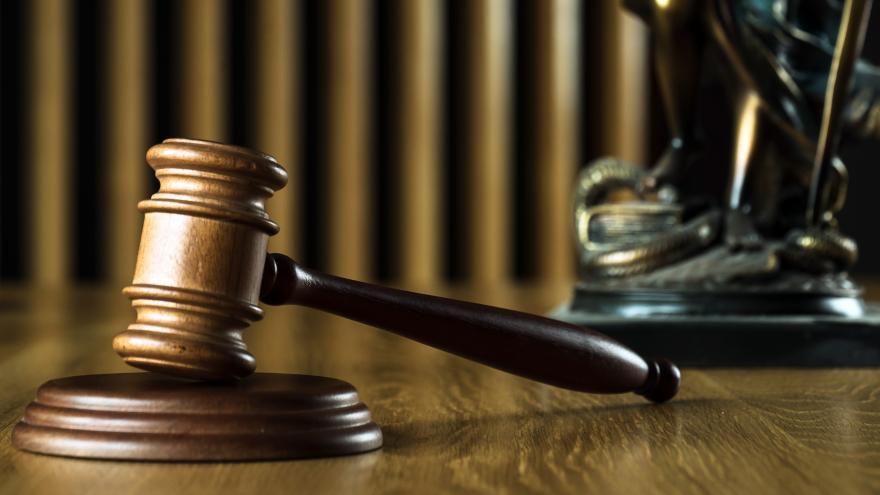 MENOMONIE, Wis. (AP) — A jury returned a guilty verdict Friday for a Wisconsin woman who stabbed her ex-boyfriend 16 times and then, prosecutors said, concocted a phony story of self-defense that included carving the word "boy" in her arm.

Ezra McCandless, 22, was convicted of first-degree intentional homicide, with use of a dangerous weapon, for the March 2018 death of Alex Woodworth, 24. Prosecutors said McCandless killed Woodworth in a desperate attempt to rekindle a relationship with another man. McCandless testified that she stabbed Woodworth in self-defense.

She faces life in prison when sentenced.

McCandless, of Stanley, was charged after authorities found Woodworth's body in the back seat of her car on March 23, 2018. Prosecutors said McCandless stabbed Woodworth 16 times and staged a phony scene to bolster a self-defense claim.

The defense argued that Woodworth was fascinated with violence and cannibalism and McCandless feared she'd be raped. When she testified at trial, McCandless told the jury she was afraid Woodworth was going to kill her, so she stabbed him in self-defense.

In a strange twist, when McCandless went to get help, the word "boy" was carved into her arm. She initially said Woodworth did it — a reference to the fact that she used to identify as male. But she later admitted she did it herself.

McCandless, who at one point was in relationships with Woodworth and two other men at once, testified she had gone to Woodworth's home in Eau Claire on March 22, 2018, to get clothing and check on him after their recent breakup. She said they went for a drive and got stuck in the mud. McCandless testified that Woodworth attempted to rape her, cut off her clothes and began pricking her skin with a knife. She said she kneed him in the groin and got the knife from him.

"As Alex was grabbing me I started stabbing him anywhere and everywhere I could," she testified.

She also testified that went she went for help, she did not say she had stabbed Woodworth. She also didn't tell police or emergency workers about the stabbing. She testified that the knife was her father's — not Woodworth's — and was already in the car.