World Cup 2022 draw: Everything you need to know 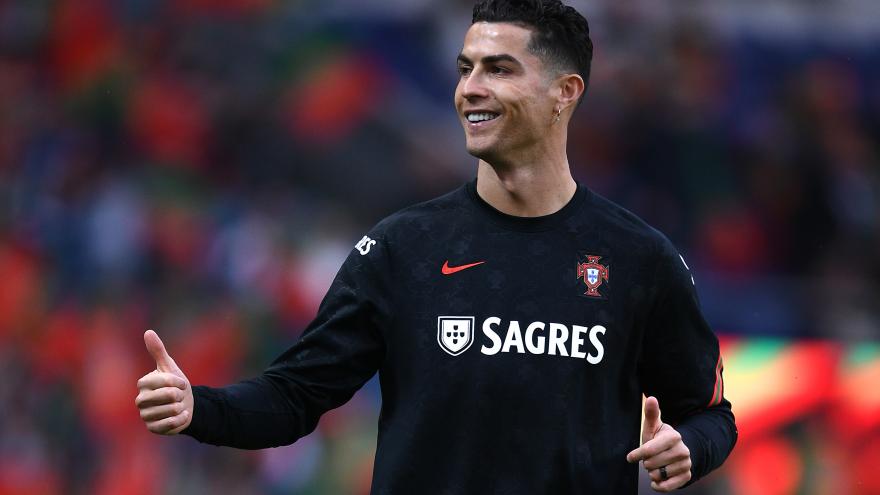 (CNN) -- The draw for an unprecedented FIFA World Cup takes place Friday as teams discover their fates for the first winter edition of football's flagship event, in Qatar this December.

With several spots still yet to be decided, only 29 of the 32 participants will be confirmed when the draw gets underway at the Doha Exhibition Center at 7 p.m. local time (12 p.m. ET).

Here's everything you need to know about Friday's ceremony.

Having won the bid in 2010 and with hosts rewarded with automatic qualification, Qatar has had a decade to prepare for its World Cup debut.

The Gulf nation will be joined by the 10 European winners of UEFA's qualifying groups, fronted by four-time winner Germany and two-time champion France, as well as Spain and England, who both have one World Cup triumph to their names.

Serbia, Switzerland, Belgium, Denmark, Croatia and the Netherlands round up the rest of the European group winners.

Portugal and Poland stamped their tickets after progressing through the UEFA playoffs, with wins over North Macedonia and Sweden respectively ensuring that legendary forwards Cristiano Ronaldo and Robert Lewandowski will both feature in Qatar.

Brazil, the most successful country in World Cup history with five titles, played to form by qualifying as group winner of the CONMEBOL -- the South American Football Confederation -- round robin.

The Seleçao was followed through by old rival Argentina, as well as Uruguay and Ecuador.

A thrilling week of CAF -- the Confederation of African Football -- third round qualifiers concluded with Senegal proving to be the bane of Egypt once again, securing its passage to Qatar via penalties on Tuesday.

Cameroon edged past Algeria courtesy of a winner deep into extra-time, with Ghana, Tunisia and Morocco rounding up the rest of the African contingent set for Friday's draw.

On Wednesday, the United States ended an eight-year World Cup hiatus, qualifying despite losing 2-0 to Costa Rica in San Jose. They will be joined by neighbours Mexico, who took the third and final automatic CONCACAF qualification spot.

Who is still to qualify?

Two intercontinental playoffs in June will decide the next two spots. Peru will face the winner of the United Arab Emirates versus Australia, while Costa Rica will face New Zealand in the other playoff.

The final spot will be the victor of a match between Wales and one of Scotland or Ukraine, a game initially scheduled to take place on March 24 but postponed by FIFA to June following Russia's invasion of Ukraine.

A date for the rescheduled qualifier is yet to be announced by FIFA.

Reigning European champion Italy was undoubtedly the most shocking casualty of qualifying, the four-time World Cup winner missing out for the second tournament in a row after being stunned by North Macedonia.

Mohamed Salah and Riyad Mahrez will both miss out after Egypt and Algeria failed to qualify. Salah's Liverpool teammate Luis Diaz will also not feature after Colombia endured a disappointing qualifying run.

Who's in which pot?

The draw is seeded into eight groups from four pots, organized according to FIFA's men's world rankings as of March 31.

Teams from the same confederation cannot be grouped together, barring Europe, given they will have 13 teams present in Qatar.

Qatar is set to host the curtain raiser on November 21, with the final round of group games concluding on December 2.

The knockout stages begin the following day, running until December 18 when the Lusail Stadium will play host to the World Cup final.

FIFA will be streaming the draw on its website, while UK-based viewers can watch via BBC One. Follow live updates here on CNN.