Worst may not be over for the market. Stocks fall again 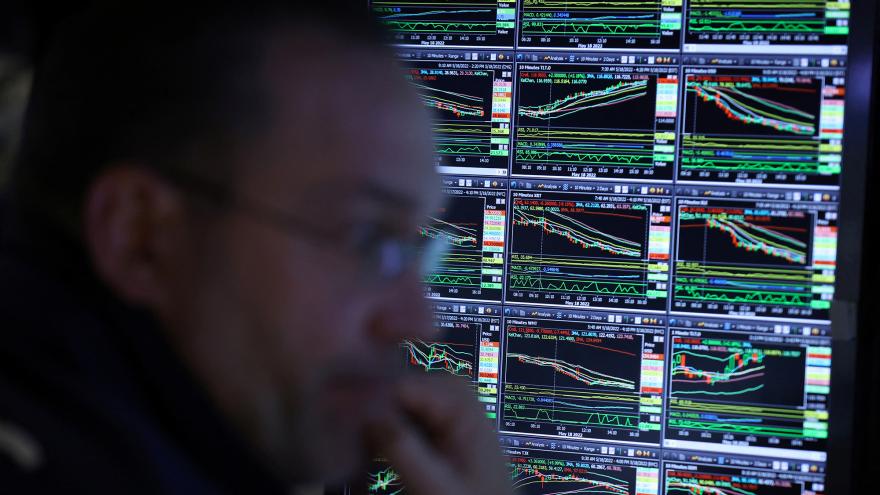 (CNN) -- The 2022 stock market meltdown may not be over just yet. Stocks fell again Thursday, following Wednesday's massive sell-off.

The Dow ended the day down more than 235 points, or 0.8%, recovering only slightly from a drop of nearly 475 points earlier in the session. The blue chips are down 14% this year and hit a new 52-week low Thursday morning.

The S&P 500, which is perilously close to dropping 20% from the all-time high it set on January 3 and into a bear market, fell 0.6%. The tech-heavy Nasdaq, which is already in bear market territory, was down 0.3%. The Nasdaq has plunged 27% just this year.

Prominent tech stocks were among the bigger market losers Thursday after Dow component Cisco reported sales that missed forecasts and also gave a weak outlook. Cisco plummeted 14% on the news.

Retail leaders Walmart and Target, which have dragged down Wall Street this week due to disappointing outlooks, got hit again Thursday, and the news continues to be bad for other retail stocks.

But Kohl's shares were up nearly 4% Thursday in volatile trading even though the struggling chain reported a huge miss on earnings and cut its guidance.

The poor results from corporate leaders are raising recession alarm bells, too. More experts are starting to predict a downturn later this year or in early 2023. The unease on Wall Street is palpable.

"What's the catalyst? What will make investors want to buy more and give them confidence in the market? I don't think there is anything right now," "said JJ Kinahan, chief market strategist with tastytrade.

The VIX, a measure of Wall Street volatility, has soared more than 70% this year. And the CNN Business Fear & Greed Index, which looks at the VIX and six other measures of market sentiment, is flashing signs of Extreme Fear.

"Investors should keep their seat belts fastened. This period of volatility is not likely to be over," said Tom Galvin , chief investment officer with City National Rochdale.

"There is a long list of uncertainties," Galvin added, citing Federal Reserve rate policy and inflation, worries about new Covid outbreaks in China and Russia's invasion of Ukraine as lingering concerns.

Galvin said investors would do well to avoid speculative tech stocks and European stocks due to worries about excessive valuations and a potential economic downturn. Instead, he recommends quality blue chip stocks that pay steady dividends.

Investors may also be growing nervous about how the market turmoil is hurting big hedge funds and other institutional investment firms.

One prominent hedge fund, Melvin Capital, announced plans to shut down after betting against surging meme stocks like GameStop in 2021 and making ill-timed buys of travel stocks this year.

Traders have been bailing on risky momentum tech stocks, bitcoin and other cryptocurrencies and other investments that could benefit from an economic rebound.

"There is definitely more fear and nervousness," said Dan Pipitone, CEO and co-founder with TradeZero. "The crypto crash is having an impact, too. There is a wait and see approach. People are sitting on the sidelines waiting for clear direction about where we're going."

Instead, investors are now flocking to stocks that are perceived to be better hedges against, and in some cases beneficiaries of, inflation and rising interest rates.

Case in point? Oil stocks are big market winners this year. Chevron, up more than 40%, is the top Dow stock, and it's one of the largest four holdings in Warren Buffett's Berkshire Hathaway, which is soundly beating the market this year.

Berkshire also is a big investor in Occidental Petroleum, which has more than doubled this year and is the best performer in the S&P 500.