'You do not want this' virus: California man with monkeypox urges others to get vaccinated 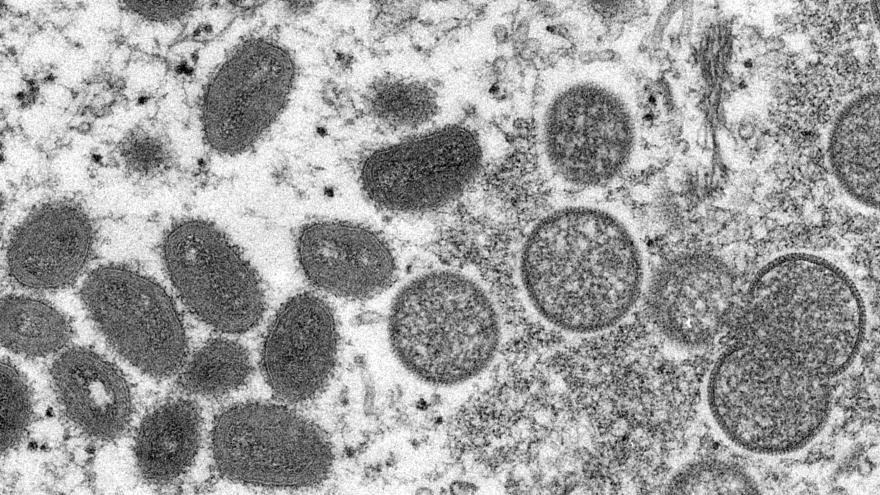 (CNN) -- Matt Ford edits videos for a living, so it wasn't a stretch for him to put one together for TikTok. But his latest post wasn't a crazy dance or a video about how to peel a banana the right way.

It's based on his own experience with monkeypox. His video has been watched about 250,000 times as of Friday afternoon. He posted it to help educate people about the virus outbreak, to encourage people to get vaccinated and to make it very clear: "You do not want this."

Anyone can get monkeypox, but a "notable fraction" of cases in the global outbreak are among gay and bisexual men, according to the the US Centers for Disease Control and Prevention.

"I first became fully aware of it and noticed symptoms Friday, June 17," Ford told CNN from county-ordered isolation in his home in Los Angeles, where he will have to stay for a few more weeks until he is no longer contagious.

He had hoped to go to Pride in New York last week. "But that was not in the cards," he said.

In the video, Ford talks about how the virus spreads, and shows some of his lesions.

Monkeypox spreads when someone has direct contact with a person's infectious rash, scabs or body fluids. It can also spread through respiratory secretions during prolonged face to face contact or by touching items that previously came into contact with the bodily fluids of someone who has been affected, according to the CDC.

Ford said he had been vaguely aware of a monkeypox outbreak through Twitter, but hadn't known how close he had gotten to the outbreak until a friend reached out to let him know Ford may have been exposed.

"I noticed a few spots that I hadn't noticed before," said Ford, 30. He said the spots looked like pimples or ingrown hairs, so he went to a clinic in West Hollywood for a test.

Ford said a doctor took a swab and a few days later the test came back positive for monkeypox.

Ford said in reality, the test merely confirmed what he already new. The spots he found no longer looked like pimples.

"They very quickly got bigger and would fill up," he said and they were painful, particularly the spots in more sensitive areas.

He said he also felt like he had the flu.

People with monkeypox can develop a fever, headache, muscle pains, chills, swollen lymph nodes and feel tired. He said he also had night sweats, a sore throat and a cough.

Some of the lesions hurt so much that he went back to the doctor, who gave him pain medication

"That proved really useful because I was finally able to sleep through the night," Ford said. "But even the painkillers did not fully numb it. It just made it kind of bearable enough that I could go back to sleep."

In the video, Ford is plain spoken as he looks directly into camera and warns others.

"Hi, my name is Matt. I have monkeypox, this sh*t sucks and you don't want it," Ford tells his viewers.

Giving a tour of some of his 25 lesions, he points to his face, his arms, and the spots on his abs.

"These are really not cute," he says for emphasis.

While the disease is more commonly found in Central and West Africa, this current outbreak has hit countries that have seen few, if any, cases in the past.

As of Friday, there have been 460 probable or confirmed cases in the US alone, according to the CDC. The Los Angeles County Health Department's monkeypox dashboard said it has 35 of the cases.

The county confirmed in an email to CNN Thursday that it sends isolation orders to people who test positive for monkeypox. Ford said he got his notice via email from the county on June 24.

Last Friday, LA county confirmed that some of the cases were among gay and bisexual men. Some of the men attended a handful of large events. The county said it has been working with organizers to notify attendees about possible exposure.

The county has already been offering the Jynneos monkeypox vaccine to people who have been exposed to others who have had monkeypox. This week, the Biden administration announced steps to beef up its response to the outbreak, detailing plans to offer more vaccines and tests to people who are most at risk.

Since Ford first told friends he's sick with monkeypox, others have let him know that they too have gotten sick.

Concerned that not enough people knew about it, Ford got the idea to do the TikTok video and to share it.

"It's become clear to me since I got it that it's spreading quickly," Ford said. "That's a big reason I'm trying to speak out and raise awareness about it."

Reaction to the video has been "great," he said. He's been encouraged since several people have told him that they didn't know about it before and they've thanked him for spreading the word.

Ford also hopes the video can help end the stigma attached to the disease.

"There shouldn't be any stigma," Ford said. "It's just a bad turn of events."

"A lot of times I think silence is the enemy," Ford added. "I'm glad to be able to inform people and hope more people will be safe."