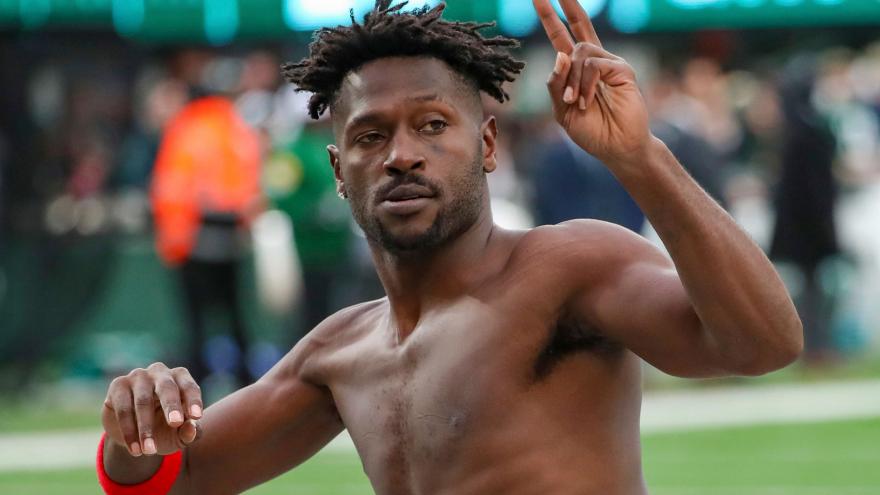 The team released Brown on Thursday, not long after the wide receiver said in a statement he would have to undergo surgery for an ankle injury which he claimed kept him out of the game against the Jets.

Although Brown said he "could not make football plays on that ankle," Arians told the media on Thursday that he was "never notified of" the injury while he explained what happened during the third quarter of Sunday's game.

"Just to clear you up on some things that happened: at no point and time during that game did he ever ask the trainer or doctor about his ankle," Arians said during a press conference.

"That's the normal protocol, you go through protocols during games. I was never notified of it. So obviously, that was the disturbing thing when we were looking for him to go back into the game. He was very upset at halftime about who was getting targeted, got that calmed down, players took care of that.

"It started again on the sideline, we called for the personnel group that he had played in the entire game, he refused to go in the game. That's when I look back and saw him basically wave off the coach.

"I then went back, approached him about what was going on: 'I ain't playin.' 'What's going on? 'I ain't gettin' the ball I think.' That's when I said: 'You're done, get the F out of here, and that's the end of it.' And we're working on Carolina. That's the end of the story, and hopefully it ends today."

Arians refuted Brown's claim that the coach made a throat-slashing gesture while telling Brown to "get the F out of here."

Brown had previously alleged that he was "fired on the sideline for having a painful injury" and says he "relented to pressure directly from my coach to play injured."

"First, they cut me. Now, they cage me. Instead of asking how I felt or getting to the bottom of it, the team texted my camp promoting a totally false narrative that I randomly acted out without any explanation," he said in his statement released through his attorney.

"They even told us in writing, 'Don't spin this any other way.' I have stress, I have things I need to work on. But the worst part of this has been the Bucs' repeated effort to portray this as a random outburst. They are telling people that first I walked off, then I was cut. No. No. No. I was cut first and then I went home. They threw me out like an animal and I refused to wear their brand on my body, so I took my jersey off."

"While Antonio did receive treatment on his ankle and was listed on the injury report the week leading up to last Sunday's game, he was cleared to play by our medical team prior to the start of the game, and at no point during the game did he indicate to our medical personnel that he could not play," the reigning Super Bowl champions said.

"We have attempted, multiple times throughout this week, to schedule an evaluation by an outside orthopedic specialist, yet Antonio has not complied. Maintaining the health and wellness of our players is of the utmost importance to our organization."

Bucs quarterback Tom Brady was asked about his feelings regarding the situation.

"I think there's a lot of personal, obviously, feelings. I don't think this is really the week to discuss it though. I'm just going to do the best I can do as the quarterback of the team, try to put together a great week and finish strong. You just always deal with different things over the course of the season and that's what we're doing this week."

The Buccaneers signed Brown midway through the 2020 season. He had 87 catches for 1,082 yards with eight touchdowns in 15 regular-season games with Tampa Bay.

In three playoff games, he totaled eight receptions for 81 yards with two touchdowns, including one score in the Bucs' Super Bowl LV win against the Kansas City Chiefs.