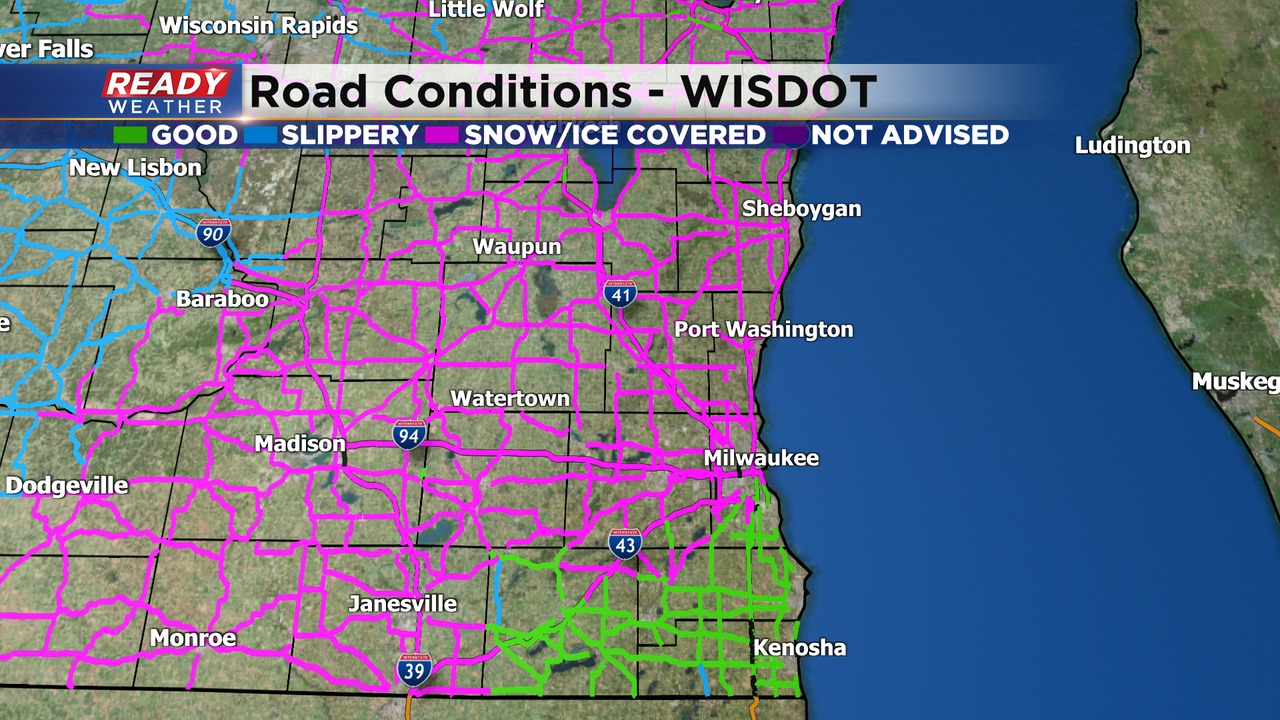 The winter weather advisory remains in effect until 6 pm for all of southeastern Wisconsin.  Roads are a mess this afternoon from a layer of ice and sleet.  Allow extra time to travel if you are getting out. 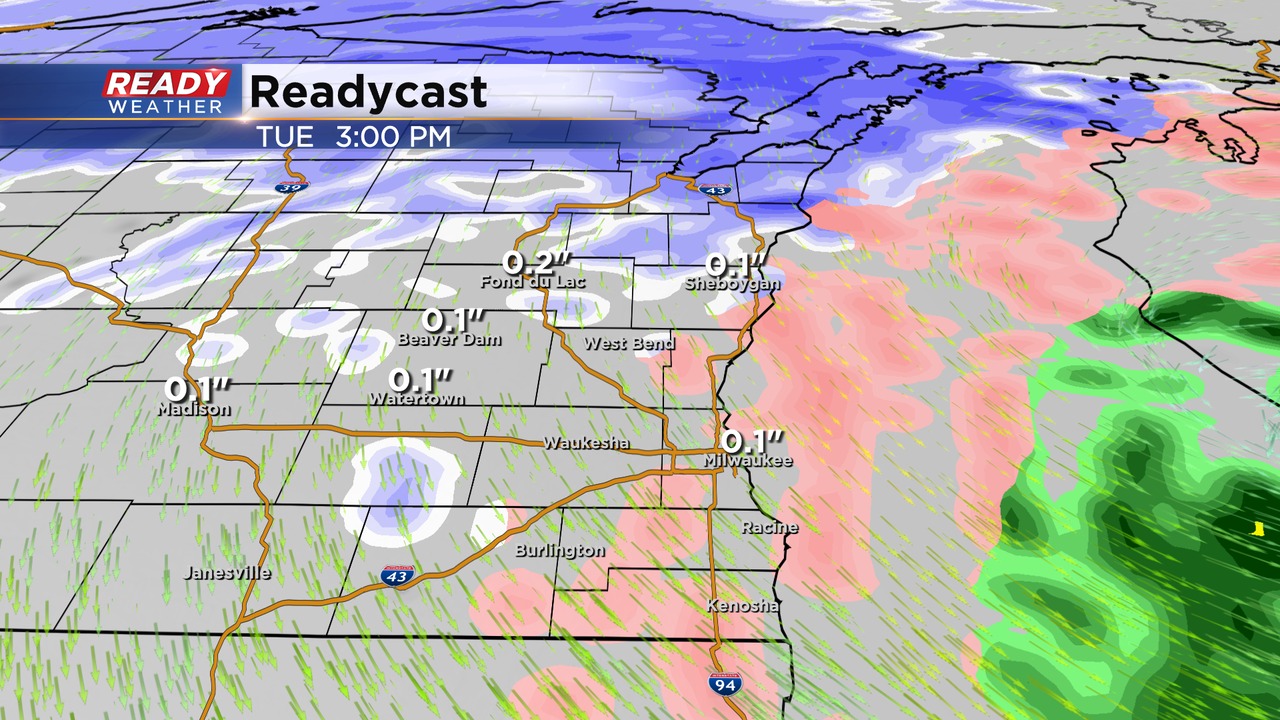 Thankfully, the majority of the heavy winter precipitation has ended for today.  Some freezing drizzle remains possible into the early evening.  Temperatures are not expected to warm much, so icy roads will continue tonight into Wednesday.  Be careful on sidewalks and untreated roads.

Icy precipitation is now moderately falling and has been widespread the last couple hours. 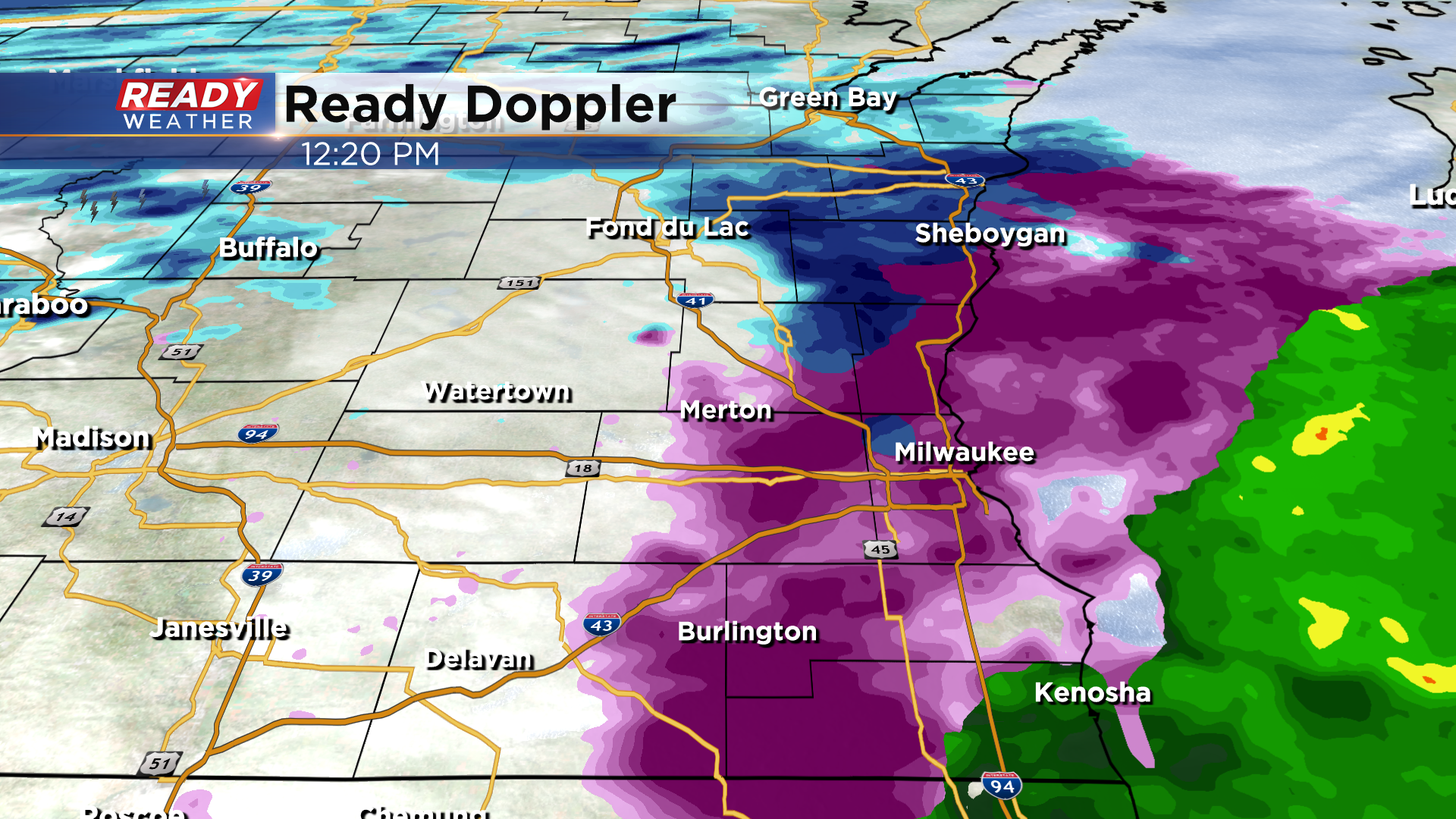 We are now seeing the back edge of the widespread icy weather push out of our western counties. We've experienced it all from snow to rain and everything in between including freezing rain and sleet, plus thunder and lightning! Check out some of the precipitation reports as of noon which would include rain, and the melted equivalent of snow and that wintry mix. 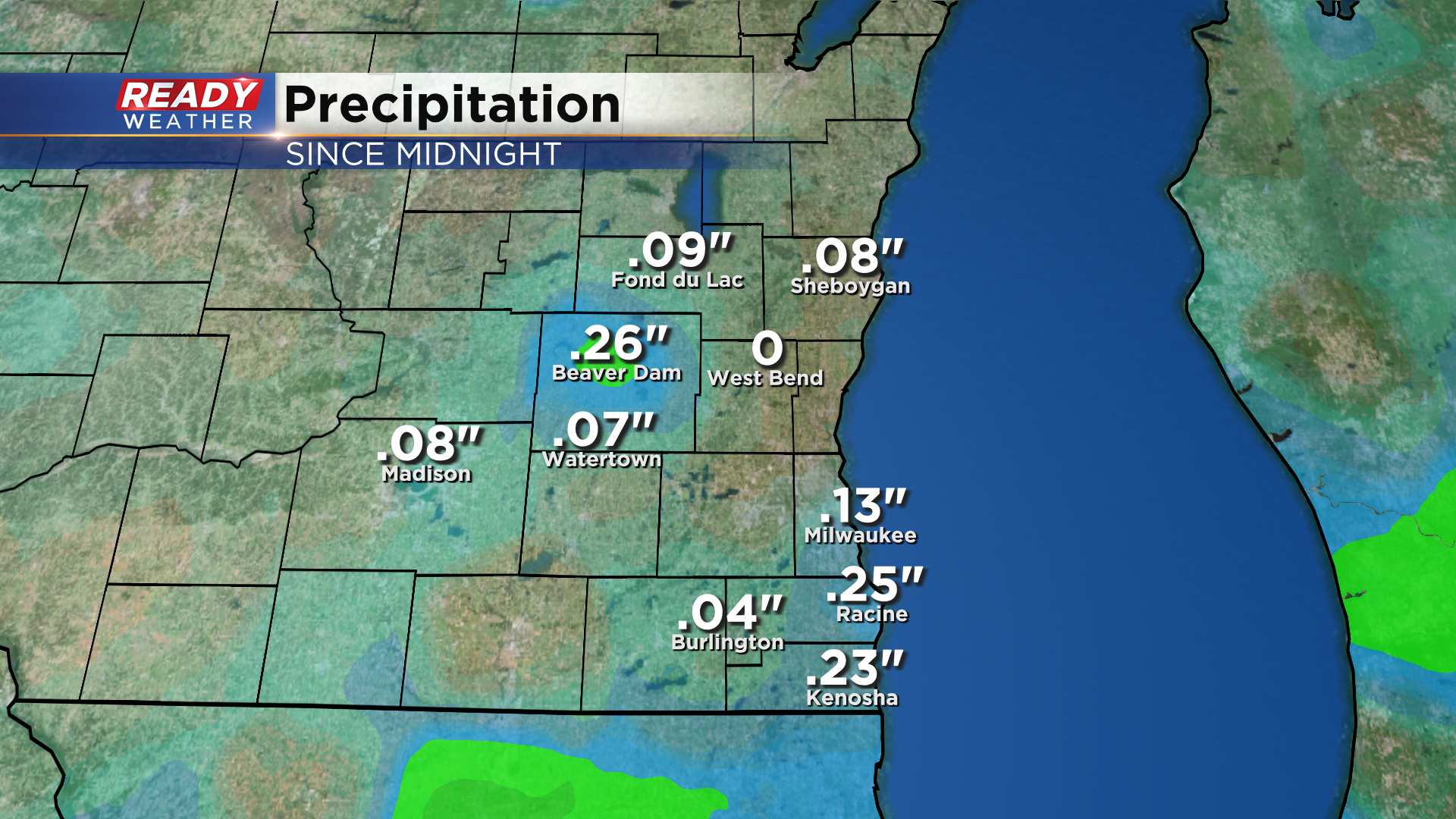 Keep in mind in addition to the slickness that is now coating all surfaces, visibility is low in spots too. 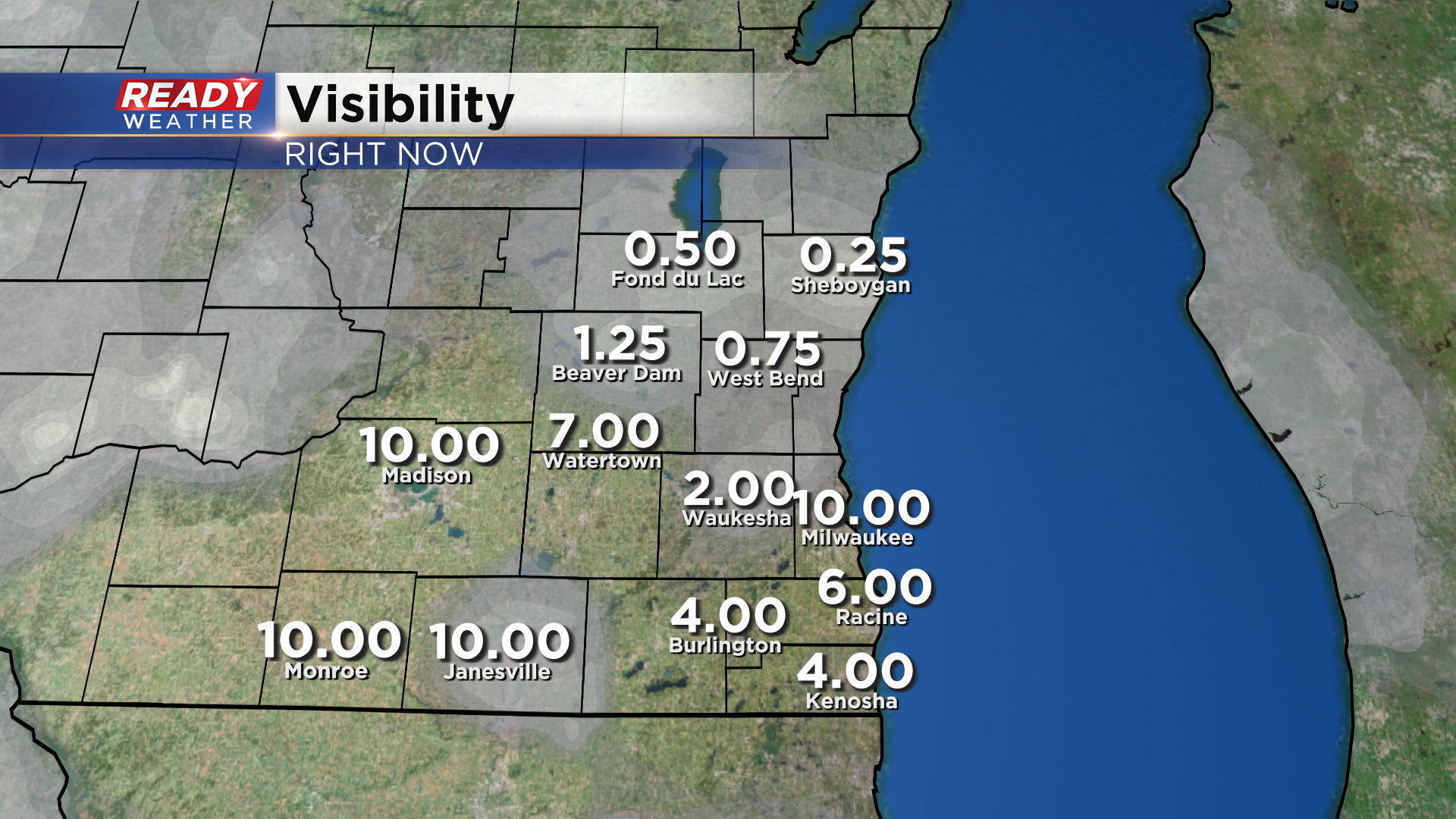 Even as the steady icy mix pushes east, expect at least light and scattered wet weather to continue until about sunset tonight.

It's been a bit of a break the last few hours across the metro, but the gap is starting to fill in a bit.  We have some snow around the northern tier and ice west of the metro.  Even reports of thunder ice toward Sun Prairie and Janesville. Temperatures have peaked.  Look for numbers to fall into the 20s this afternoon even across the lakeside areas.  Weather conditions won't improve until this evening.  Please be careful today.  Don't rush. 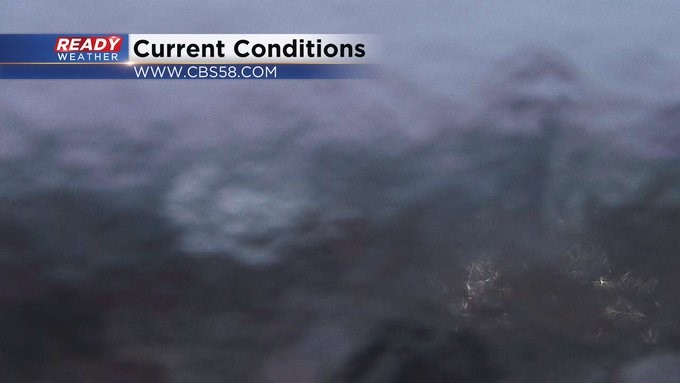 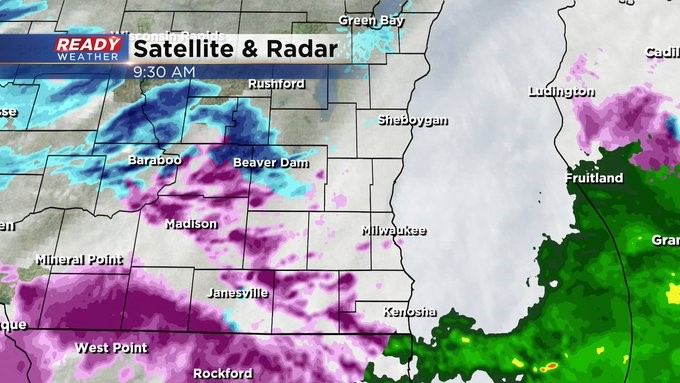 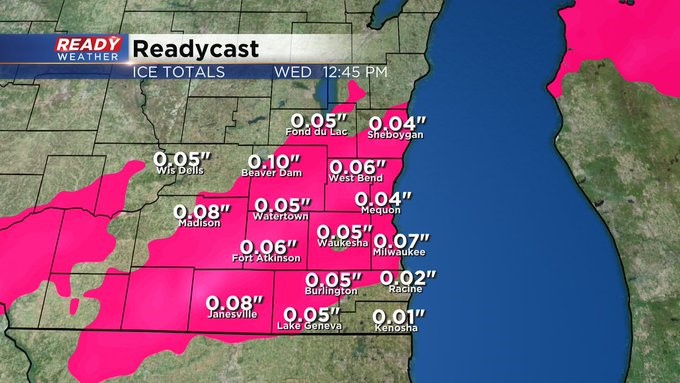 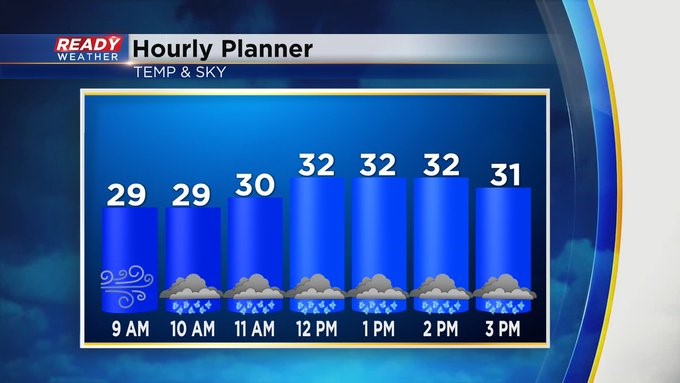 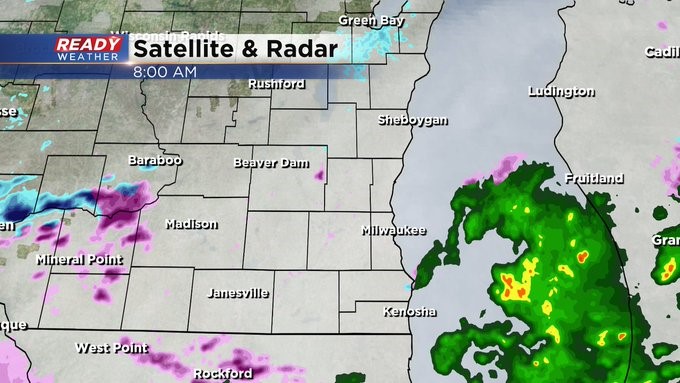 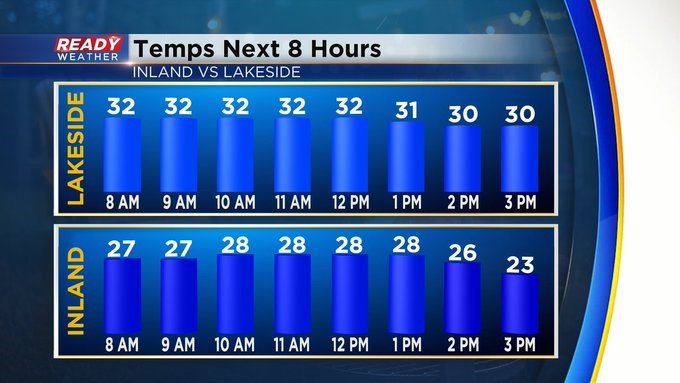 Thunder ice is on the radar south of the border into northern Illinois.  We could see this after 7:30 am across the metro.  We'll see waves of freezing rain and sleet throughout the day.  It could end as a little light snow by late in the day.  Please watch the roads. 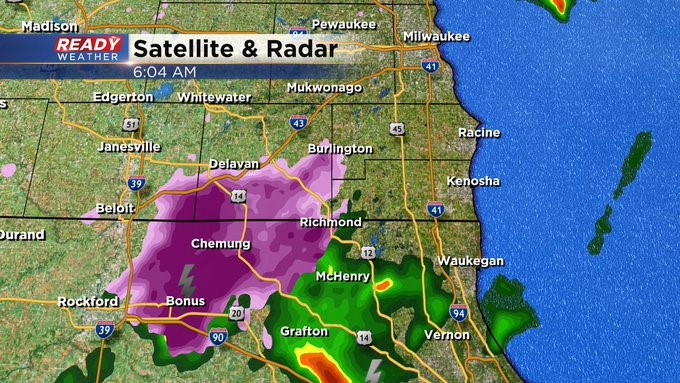 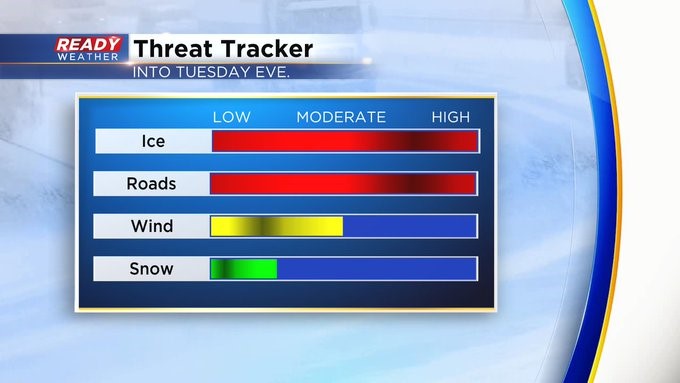 MILWAUKEE (CBS 58)--A tough weather day can be expected today.  A Winter Weather Advisory is in place for everyone until 6 pm.  Those first few steps out the door today can be treacherous.  Please use extreme caution when driving today.  Ice could accumulate up to a quarter of an inch.  There could even be some thunder to go with the freezing rain and sleet, especially later in the morning until the mid part of the afternoon. 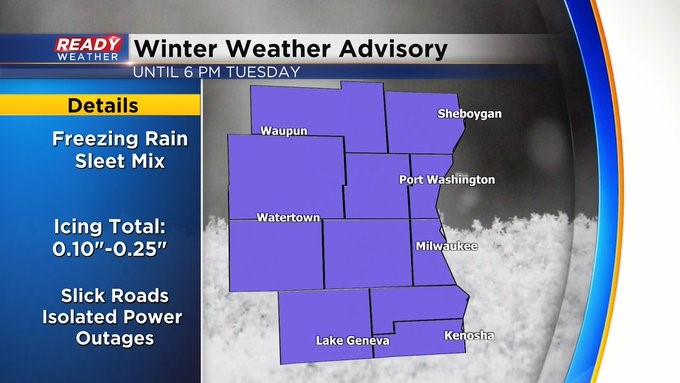 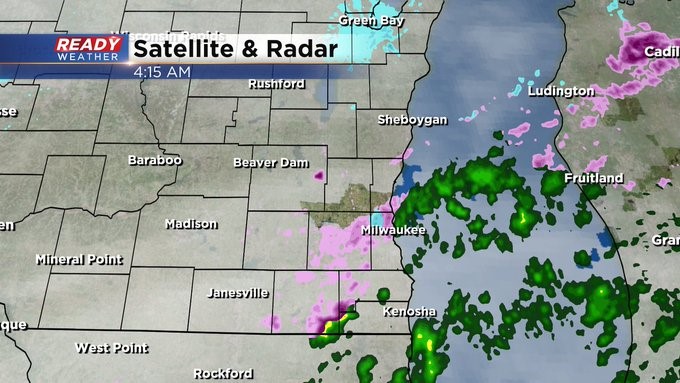 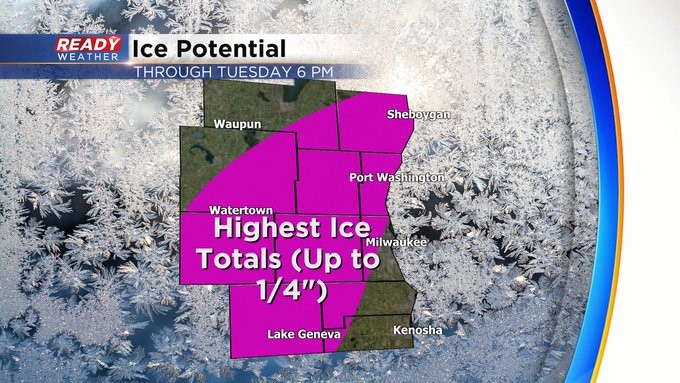 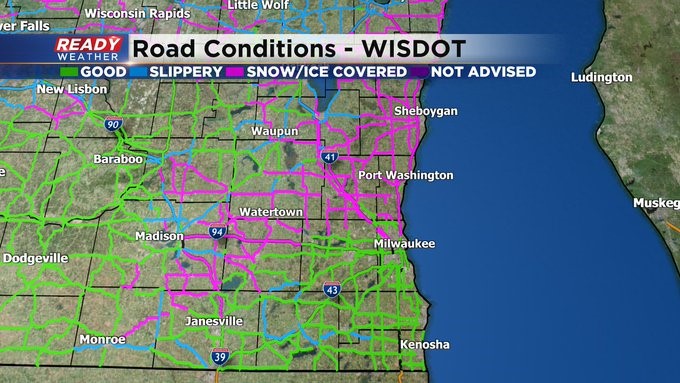 We take a break tonight and Wednesday before snow enters the forecast later Thursday and Thursday night.  Stay tuned to CBS 58 for the latest weather information. And of course CBS58.com as well.

Contributions to this story also made by: Rebecca Schuld