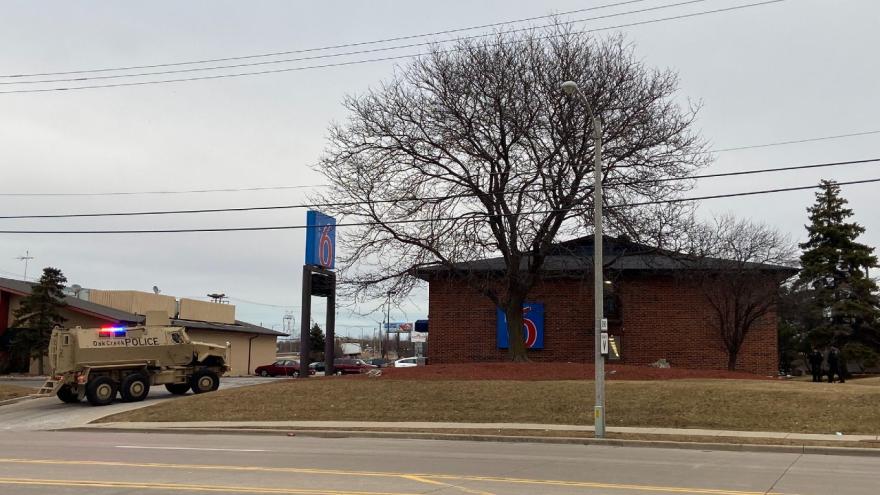 OAK CREEK, Wis. (CBS 58) -- Police have a suspect in custody after a standoff at Motel 6 in Oak Creek.

A 54-year-old male from Alabama had a room with his 55-year-old girlfriend from Milwaukee.

Police say they would not leave their room and were uncooperative, threatening to shoot law enforcement.

The building was evacuated and both suspects were then taken into custody.

Charges will be brought to the Milwaukee County District Attorney's Office.