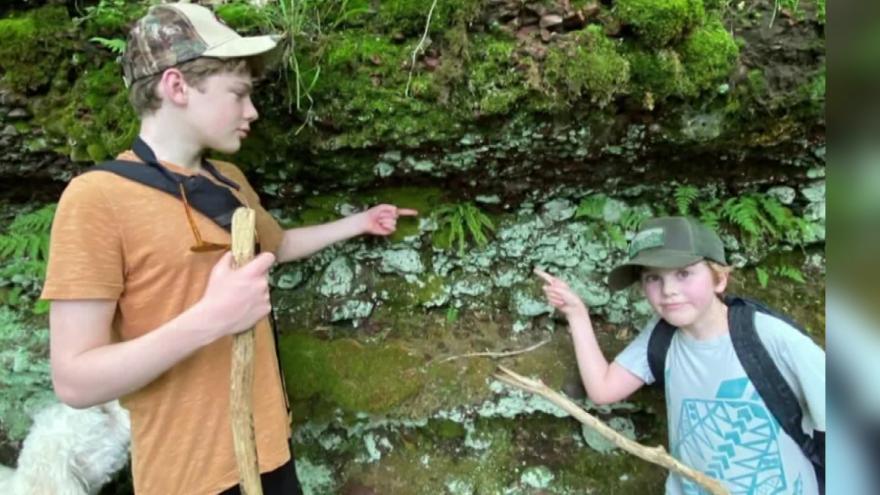 SAUK COUNTY, Wis (CBS 58) -- A Wisconsin family found a rare fern that hasn't been documented in the area for more than 90 years.

The Wisconsin Department of Resources (DNR) says that maidenhair spleenwort (Asplenium trichomanes) hasn't been recorded in the state nearly a century.

According to officials, Ben Redding, who is one of 66 rare plant monitoring program volunteers throughout the state, was hiking with his family in the Baraboo Hills of Sauk County when they came across what has been confirmed as the rare species.

“These discoveries are very exciting. They help increase our understanding of the number and locations of rare plant species to better monitor and protect them,” said Kevin Doyle, DNR Natural Heritage Conservation Botanist and Rare Plant Monitoring Program Coordinator in a release. “Volunteers also revisit known locations, another super important part of the conservation process. If we don’t check up on these populations, we won’t know when they are in trouble.”

According to the DNR, since 2013 the Rare Plant Monitoring Program has trained and sent volunteers to check on the health and size of rare native plant populations. The volunteer program is the largest source of rare plant data in Wisconsin and unique in the Midwest for its breadth of surveys statewide.

“The information these trained volunteers collect for us is critical for understanding how rare plant populations are doing in Wisconsin and informs our next steps like research projects or management action to sustain these rare plants,” Doyle said.