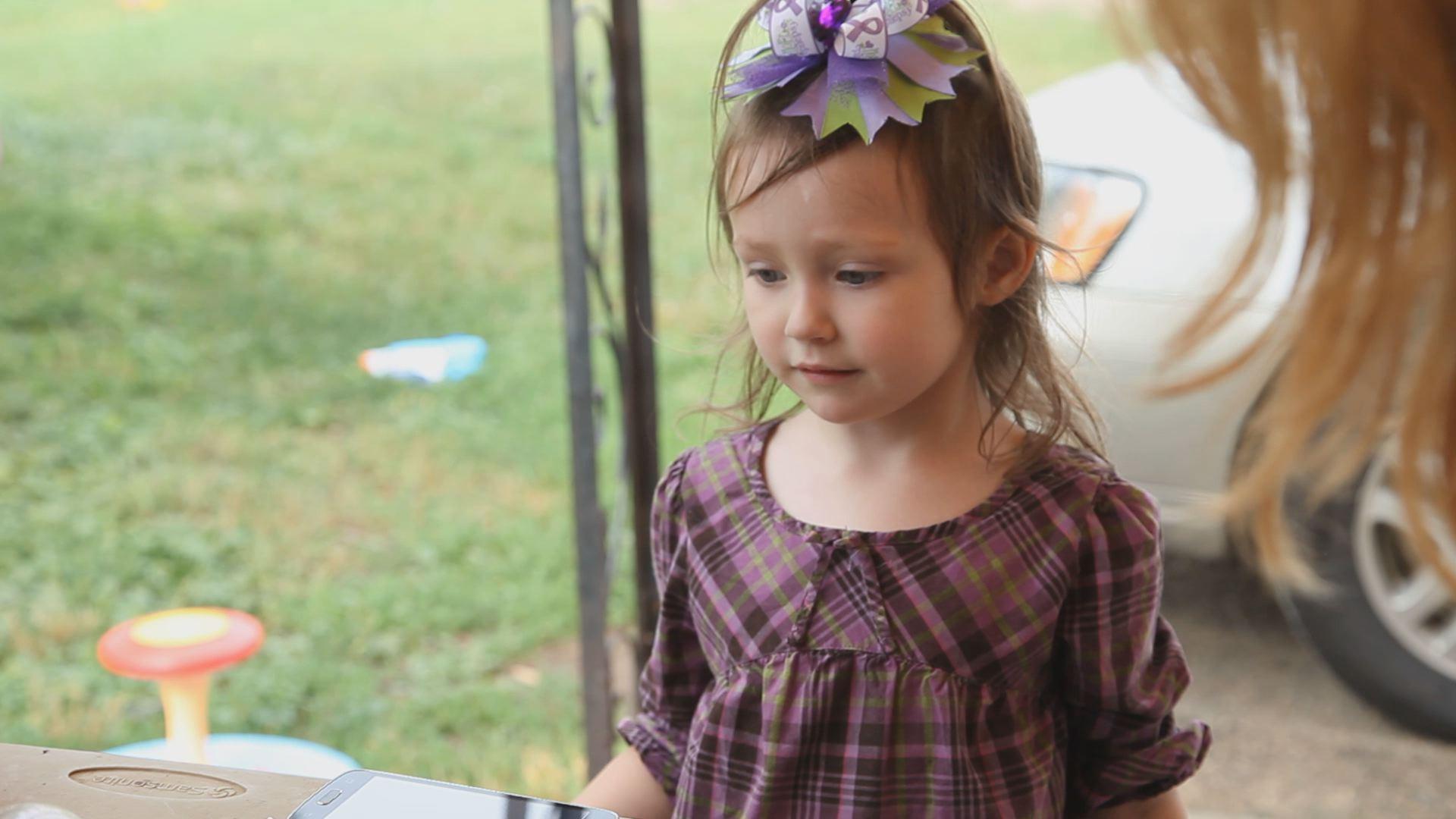 Vicky Pletka and her partner Rosie Wirth found their hope for their four-year-old daughter Lily in Colorado.

In May 2015, they went on a desperate journey from Milwaukee, Wisconsin to Colorado Springs to try to save her.  They sold most of their belongings to raise funds for the move and received generous donations from strangers on their GoFundMe page after CBS 58 aired their story.

The family felt they had no choice but to move out of state, since Lily suffers from Dravet Syndrome, a catastrophic form of epilepsy. Her seizures were uncontrollable at times and she could have 30 to 50 a day.

\"You realize how long 30 seconds is when your child is seizing,\" said Vicky Pletka, who became the primary caretaker for Lily after she was diagnosed. \"Think about seeing your child blue and not breathing and pray for those moments of 'come on just start breathing.\"

Doctors in Wisconsin prescribed Lily every medication possible to control her seizures, but nothing worked. That feeling of helplessness brought them to Colorado to try a medication that has proved to work for some and is legal and accessible there.

The medication is CBD oil, one that is solely based in one out of 1,500 compounds in marijuana plants.

\"This is a much safer substance to give a child than a chemical that's destroying your organs,\" said Jason Cranford, Botanist and founder of the \"Flowering Hope Foundation\" in Colorado.

The foundation currently helps 200 families in Colorado, by facilitating access to medical marijuana treatments. They even help cover the costs of the treatment, depending on the family's income.

In early June 2015, Lily began taking two doses of CBD oil a day. Six days after taking the first dose of the oil strain \"Haleigh's Hope\", the family began noticing the changes with her seizures.

\"It's been like night and day,\" Pletka said. \"She went 13 days with no seizures and even the days she has seizures they are very small and short. It's been amazing and a complete turnaround from what we've seen in 4 years.\"

Even better, they are watching Lily develop faster than expected. In Wisconsin, Lily was constrained to a wheelchair. She could barely speak and heavily depended on her feeding tube to get good nutrition. Now, the family says things are different.

\"She's been eating on her own... she's been talking... every different spectrum of her is just growing so much,\" said Rosie Wirth, Lily's mother.

It all still seems very surreal. But what matters to the family, is that for now, CBD oil is working for Lily.

Although they miss their family and friends in Milwaukee, they plan on staying in Colorado until the state of Wisconsin allows for manufacturing and cultivation of the plant, so that Lily can have access to the treatment. Currently, Wisconsin allows for children like Lily to have the treatment, but there's no way for her to get it without a risk of breaking federal law.

\"We know it's working... so I couldn't consciously take her off and take her back again,\"Pletka added.

The family firmly believes their journey to Colorado was worth it, but they are struggling financially and are facing an eviction from their apartment in Colorado Springs if they don't pay rent by July 19th, 2015.

As it turns out, they are not alone. Hundreds of Medical Marijuana Refugees are enduring similar challenges in Colorado.

On Thursday, July 16th, CBS 58 will air part two of this story. Reporter Sandra Torres and photographer Brian Urbanek will show you an in-depth look at this movement in Colorado and how one local organization is providing assistance for these refugees.