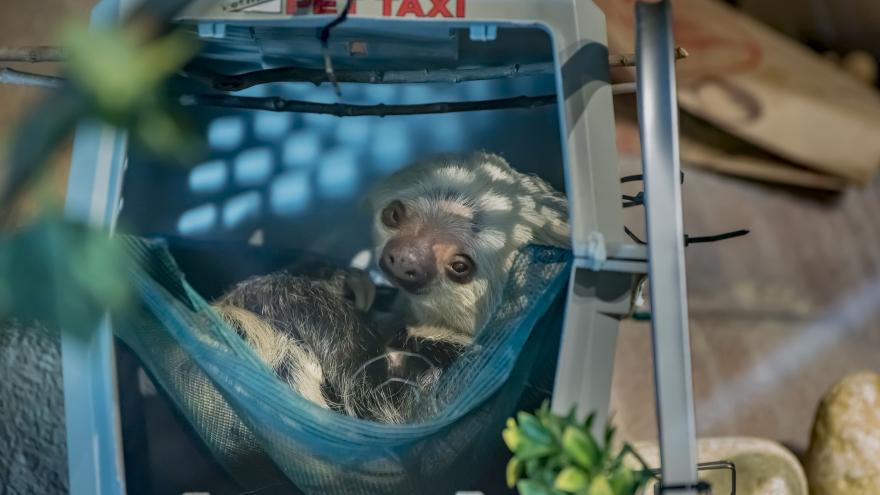 MILWAUKEE (CBS 58) -- The Milwaukee County Zoo is excited to introduce one of their newest residents -- a female Hoffmann's two-toed sloth named "Nentas." They're hoping she finds love with Fezzik, another sloth at the zoo.

According to the zoo, Nentas will reside in the sloth habitat -- in the small mammals building not currently open to the public due to COVID -- with Fezzik. They are a recommended breeding pair by the Hoffmann's two-toed sloth Species Survival Plan.

Nentas arrived from the Woodland Park Zoo in Seattle and will be 25 years old in March. Zookeepers describe her as sweet and gentle. Her favorite food is squash.

The two sloths are now getting to know each other.

“There was a lot of curiosity when they came face to face for the first time. She does push him away sometimes if he is too forward”, explained Rhonda, Small Mammals Supervisor. “He tried to get in her crate while she was still in there and there is not enough room for both of them.”

Because sloths are more active during the night, zookeepers do not see a lot of interaction in the daytime. Rhonda stated, “They hang out separately most of the time; she loves her crate and he still loves his box. Keeping our fingers crossed for babies!”

With all animals, only time will tell if there will be a love connection. 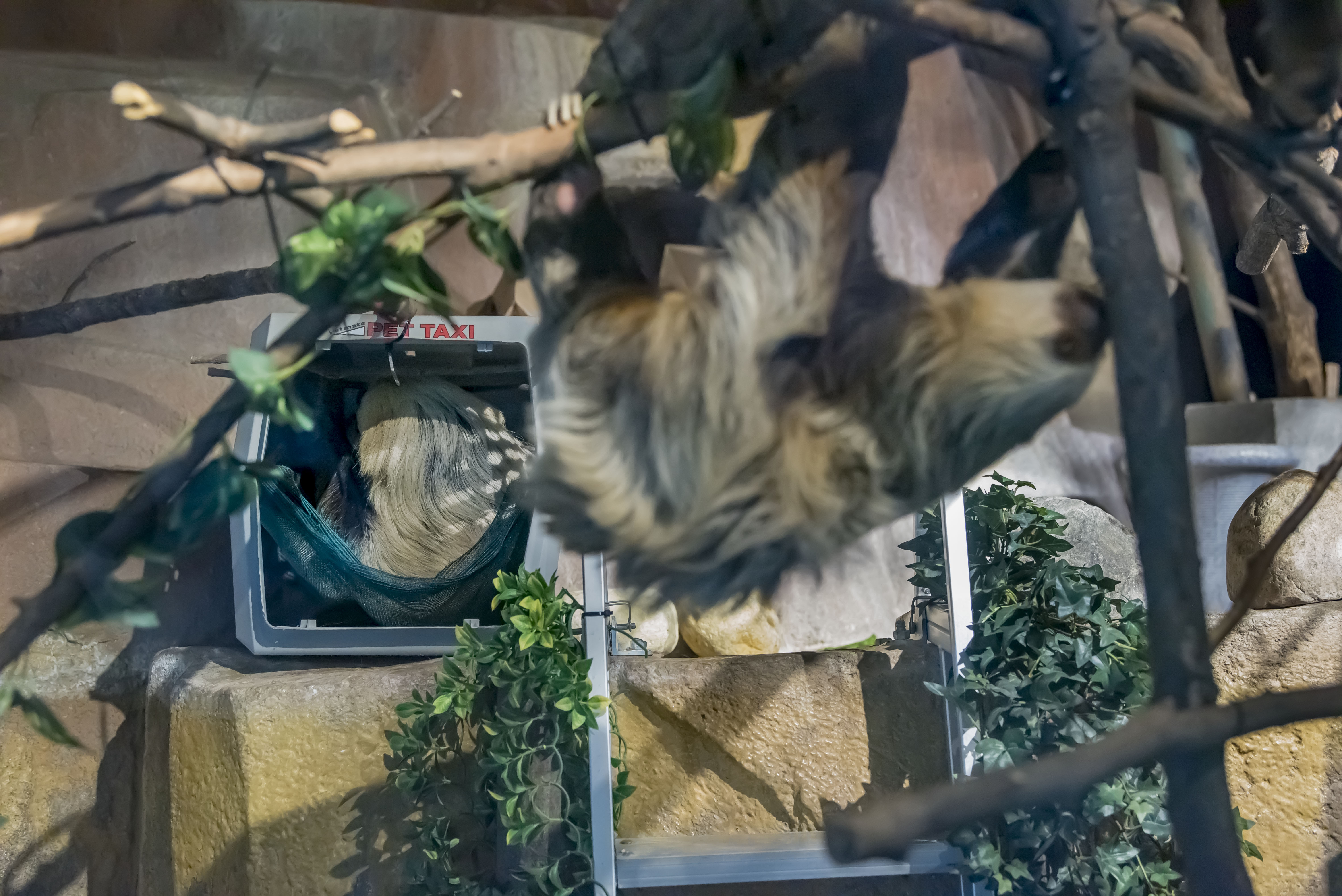