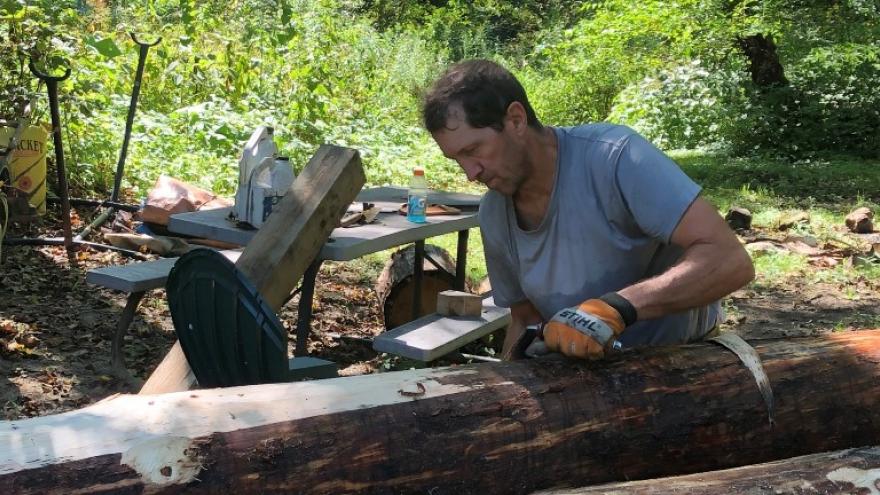 MILWAUKEE (CBS 58) -- It was supposed to be an exciting time in Steven and Tina Flood's lives. They were building a log cabin in Northwestern Wisconsin. They planned to move into the home in Vernon County from their current home in Milwaukee.  But it turned into a nightmare when Steven fell ill shortly after.

"And it all happened at the same time, just like, my body crashed on me," said Steven Flood.

He was otherwise healthy and an outdoorsman who liked to hunt, and now he was going to build the family's new home out of logs.

"I had bought big, white pine trees and I was peeling them, debarking them, cleaning them up and fitting each on to create the house structure," said Steven.

He spent months stripping the logs before he realized mold had grown under them and was the root cause of his health problems.

"They had sat probably two winters," said Tina Flood of the logs Steven was using.

Dr. Ryan Feldman is a clinical toxicologist with the Wisconsin Poison Center.

"It can be a problem when mold finds a wet place to start growing, and then you may end up breathing larger amounts of mold spores," said Dr. Feldman. "The large majority of people don't experience significant health effects."

He says most symptoms are allergy and asthma related, and if severe, the lungs could also be impacted.

Steven is one of those rare cases. He is not only having issues with his lungs, but his liver, kidney and stomach too.

The Flood family had to get rid of the home they were building. They also had to gut the basement of their Milwaukee home because of mold issues.

Dr. Feldman says that mold can't always be seen, but if you suspect you have mold in your home, or you smell it, you should get it checked out.

If you think you're experiencing allergy or asthma-like symptoms, the Wisconsin Poison Center encourages you to get checked or call 1-800-222-1222.