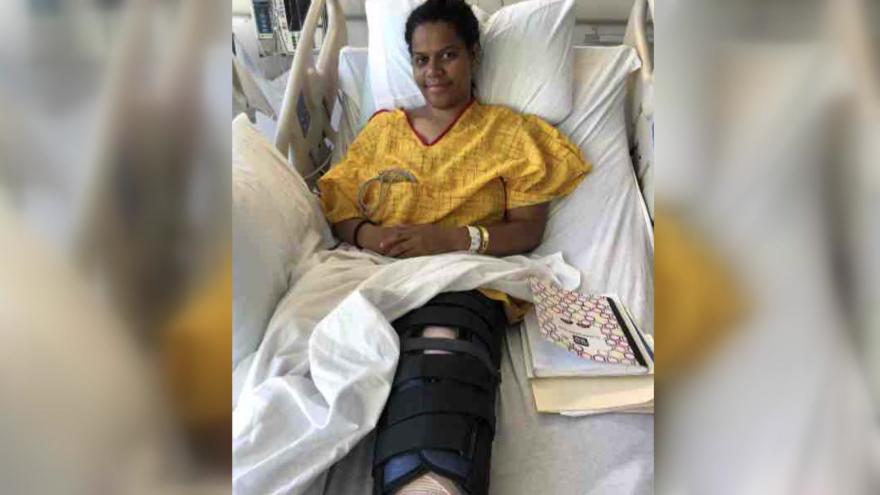 Solana Ramos wrote on a GoFundMe page started by her friend, Tomika Vukovic, that she hit a pothole near Wisconsin and Water. The injury required surgery, and she’s facing months of physical therapy.

“She is down for the count for the foreseeable future, three to five months probably,” Vukovic said. “There’s a lot of good people in the world that come into problems, and she’s one of those people.”

Ramos wrote she has mostly managed to get by financially, but for others who suffer scooter injuries, it could get more complicated.

Marco Briceno, a personal risk manager, says car insurance will likely not cover any medical bills incurred from riding a scooter, because auto policies only apply to vehicles with four wheels.

Vukovic believes Milwaukee is going through “growing pains” right now with the scooters.

Ramos wrote,  "I am not against the scooters. I think they're one of the most equitable transportation options we have in Milwaukee, but we need to make sure our roads are better."